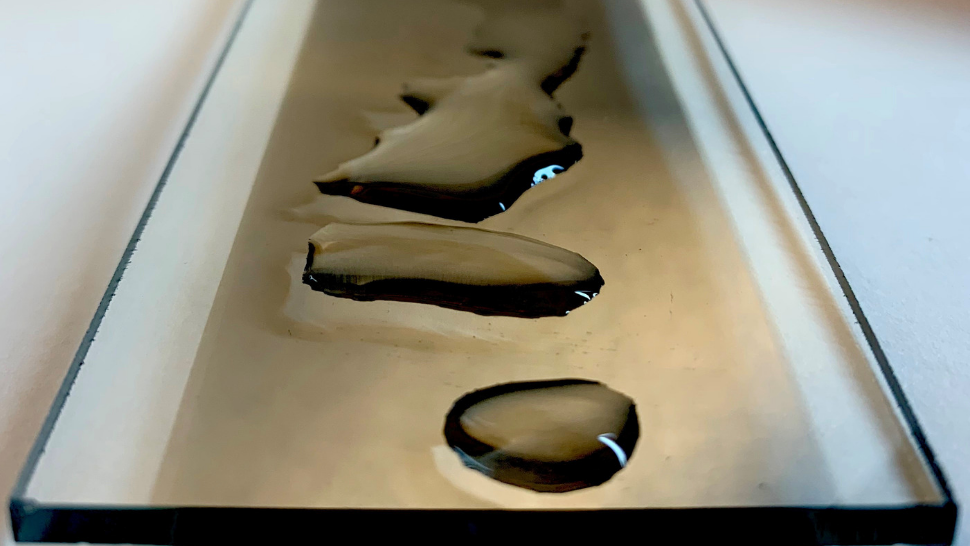 Imagine if you could take rust, a commonly occurring (if not burdensome) material and use it to create sustainable energy.

Scientists from Northwestern and Caltech have done just that, developing a way to generate electricity by passing water over thin sheets of metal and oxide - iron and its oxidized form, rust, for example.

Their research is outlined in a new paper, titled ?Energy conversion via metal nanolayers,? published in the July 29 issue of Proceedings of the National Academy of Sciences.

Specifically, scientists use a metal evaporator machine to create a film of metal with a thin oxide overlayer. They have experimented with various metals, but so far, the combinations that work best include iron and rust, vanadium and vanadium oxide and nickel and nickel oxide.

From there, scientists pass water with varying degrees of salinity over the metal films. A basic explanation of the science is this: As the water travels over the metal, ions in the saltwater attract electrons in the metal and essentially pull them along, creating an electrical current.

??The structure of the oxide and the metal is an important aspect in regulating how the charges essentially are dragged when you?ve got water and ions traveling across at the top - how the electrons in the middle follow that movement,? says Franz M. Geiger, the Dow Professor of Chemistry in Northwestern?s Weinberg College of Arts and Sciences. ?And that?s essentially this conveyor belt that?s driving the whole process.?

The inspiration for this research came from existing work with graphene. Geiger attended a talk given by a colleague who was conducting research on the generation of power by flowing water over a layer of graphene. Those experiments have successfully generated electrical currents, but the difference comes down to scalability.

?Those are structures that look really nice under a microscope,? says Geiger. ?But to scale them up, which is what the requirement is to really get this to generate powers that are meaningful, you need to have large area graphene, and you need to flow the water very quickly. And I know that the graphene just washes off in that case.?

The same technology using iron, however, is not only scalable but also relatively inexpensive.

?The only thing that you need is a metal evaporator. ? That technology has been around since the 1960s and is really robust. The machine itself is about $100,000 - it?s not something that is outrageously expensive,? says Geiger.

In terms of iron, one could purchase hundreds of square meters for less than the cost of a sandwich.

Potential applications for this technology include sustainable power production and medical technology. The possibilities seem endless considering the places one can find flowing water - in natural settings such as tidal basins and estuaries, in large-scale water pumps and even in the human body.

?Think about putting these films onto windows or external building surfaces,? says Geiger. ?A 20-nanometer film is transparent. It looks like a set of RayBan sunglasses and has essentially this mirror action on one side, and the other side you can look through. Think about raindrops going across that surface, and you can set it up so you can harvest energy out of that process.?

Another idea originated with Thomas F. Miller III, a professor of chemistry at Caltech, who envisions using saltwater that flows naturally through the human body to create power for implanted medical devices, such as insulin pumps or pacemakers.

?We have demonstrated that we can deposit onto a variety of materials, including common plastics and even Saran Wrap, without really any further development,? says Geiger, ?So that really means that field is wide open for exploration.?