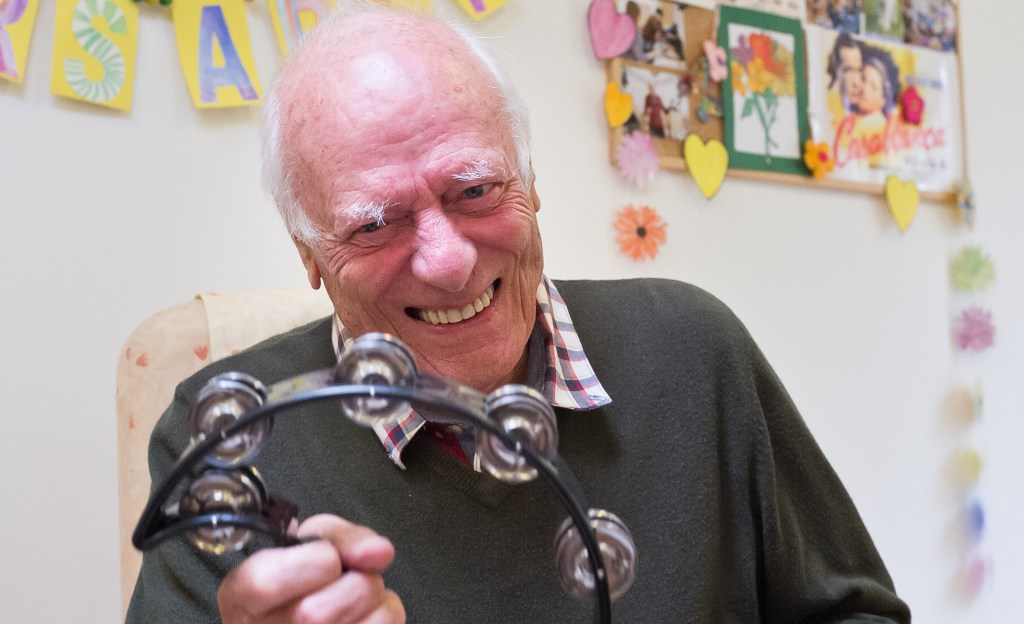 When dealing with patients who suffer from Alzheimer?s disease and other forms of dementia, many times it?s hard to know what kinds of treatments are actually making a difference.

The Alzheimer?s Association estimates that 5.8 million Americans live with the disease, while one in three seniors dies with some form of Alzheimer?s or other dementia. Although it might be impossible to provide the lifestyle someone who suffers from these diseases is used to, just giving them a way to connect and be comfortable is a constant challenge.

Thanks to work by recent University of Iowa Ph.D graduate Alaine Reschke-Hernandez, one path to making progress with these usually elderly patients has proven effective: music therapy.

Reschke-Hernandez piloted a study that helps provide research-based results pertaining to the effects of music therapy on patients with Alzheimer?s and other dementia.

Using her 15 years of experience in music therapy, Reschke-Hernandez created the study using patients from four nursing homes throughout the state of Iowa, working with about a dozen patients in each facility.

?I?ve always loved working with people,? she says. ?It doesn?t really matter what age. And using music to help in a non-music way, to help quality of life, it?s really rewarding.?

The study used basic music-based therapy intervention, then compared it to a non-music group to see how they would respond in social engagement. The results spoke for themselves.

?People were significantly more constructively engaged,? Reschke-Hernandez says. ?They were also in a much better mood than others who didn?t have music. They demonstrated much brighter facial expressions. They interacted with other people in the group. It didn?t necessarily make sense, but they were trying to have conversations. Participating on tasks. They were singing, moving with music. Encouraging others to join. It was really exciting.?

As for the groups that didn?t use music? ?People started refusing to go to the non-music groups. Or they would come for a few minutes and then just leave.?

Reschke-Hernandez said the music would be individualized to strike a connection with the patient.

While the therapy didn?t necessarily make all the patients happy, that wasn?t really the point. It was more a matter of getting them to exhibit some emotion from the music.

?Then I can be there to help them process it,? she says. ?And move on from it instead of just being stuck in a loop like that. Having people around to understand that and help you get out of it is important for care.?

Providing therapy that is some degree of relief to the patient who suffers from these diseases is one goal. But sometimes lost in the shuffle is the lives of the caregivers - usually family members who have their lives turned upside down by their responsibilities.

Reschke-Hernandez says she can tell the varying degrees of success by talking to those close to the patients.

?One of the most telling signs I?m doing something right, is spouses and family members want to know when I?ll be there so they can come too,? she says. ?They say it?s like getting their wife or mom back for that half hour. That?s really humbling.?

Not only that, but the feeling of being able to do at least one thing on their own - even if it?s just singing the chorus to a song - is a huge step for many patients.

?They might not be able to follow along in a book or a story, but now they can sing along,? Reschke-Hernandez says. ?And in a group with other people now, that?s really meaningful. It?s so important for people to be their best self. It can provide autonomy at a time where they have people doing everything for them.?

It?s another lesson to never underestimate the healing power of music.