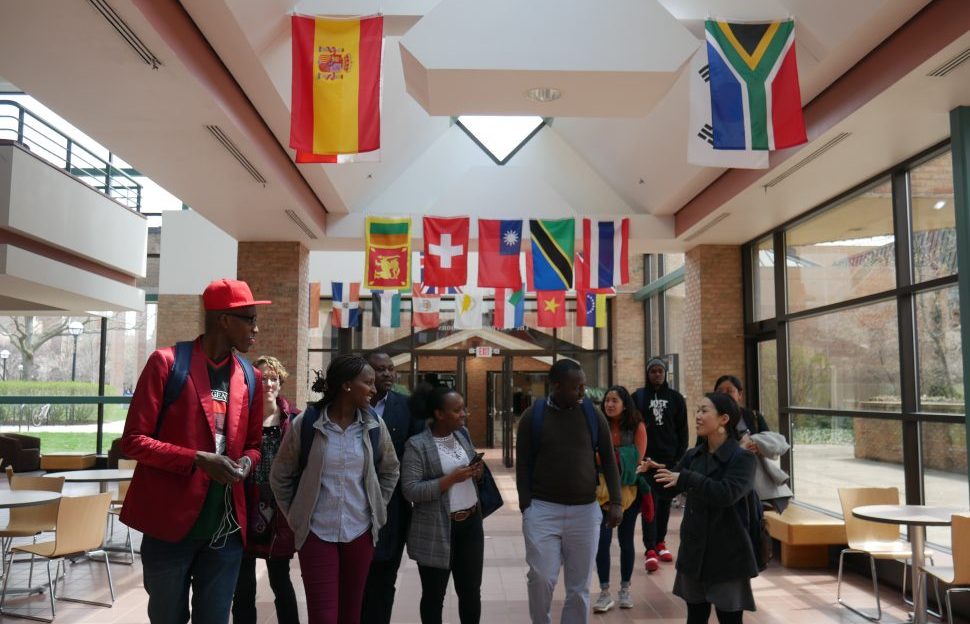 A Syrian woman in Istanbul is intent on pursuing a degree in aerospace engineering; A mother of four dreams of returning to school to become a nurse. These are the dreams [RE]vive is helping to make happen.

[RE]vive, a refugee education initiative, was founded in 2018 by Ayah Kutmah and Brooke Bacigal, rising seniors at the University of Michigan.

Kutmah and Bacigal both grew up exposed to refugee communities in their respective hometowns, and both developed an interest in refugee resettlement issues. When they met as freshmen at Michigan, they discovered that common interest and formed an idea to improve refugees? access to higher education.

?The [U.N. Refugee Agency] states that fewer than one percent of refugees were able to go to college,? says Kutmah, a double major in Political Science and International Studies with a focus on the Middle East. ?This number is staggering, and one that is often swept under the rug as many organizations, and governments, often push for refugees to enter the work force immediately and take on low-level jobs. This only creates greater barriers to their economic integration, both for them and subsequent generations.?

Armed with initial grant funding from OptiMize, a social innovation hub at the University of Michigan, Kutmah and Bacigal founded [RE]vive, which stands for ?reviving refugee education.?

The initiative focuses on empowering refugee students to achieve their educational and vocational goals. To do this, [RE]vive partners with related organizations to host skills-based workshops to aid students in applying to colleges and jobs. For instance, students might learn how to write a professional email, create a resume or fill out financial aid forms.

?Because our workshop was in Turkey, we tailored some of the material to the Turkish educational system,? explains Kutmah. ?We then translated the curriculum to Arabic, and many of the materials to Turkish as well.?

[RE]vive has hosted several workshops in the U.S. as well, including one for Syrian and Iraqi refugees in Kutmah?s hometown of Louisville, KY. The initiative also collaborated with the University of Michigan?s School of Social Work to host a workshop for Congolese refugees in Ann Arbor, MI.

Moving forward, [RE]vive intends to expand its work in both communities and is also planning a two-week summer workshop for Syrian refugees in Beqaa, Lebanon.

?The workshops have a tremendous impact on these individuals,? says Kutmah. ?And hearing their feedback and appreciation and the individual interactions I have with them confirms to me the mission of [RE]vive and the impact of our workshops.?

[RE]vive is also working on a website that will make freely available the various workshop materials and curriculum they are creating, as well as a comprehensive list of all relevant U.S. scholarships for refugees and displaced peoples.

?We work to ensure all of the material and lessons are culturally relevant and accessible and that the information is specifically tailored for their environment, because for example the college application process in the U.S. is significantly different from the application process in Turkey,? explains Bacigal, a Public Policy major.

After all the hard work of translating, updating and creating curriculum, Kutmah and Bacigal both agree on the significance of seeing that work come to life in the workshops.

?Watching students share what they learn and teach their friends and families the skills we worked with them to develop - that makes me feel like what we?re doing is truly beyond us, and that it will make a real impact,? says Bacigal.