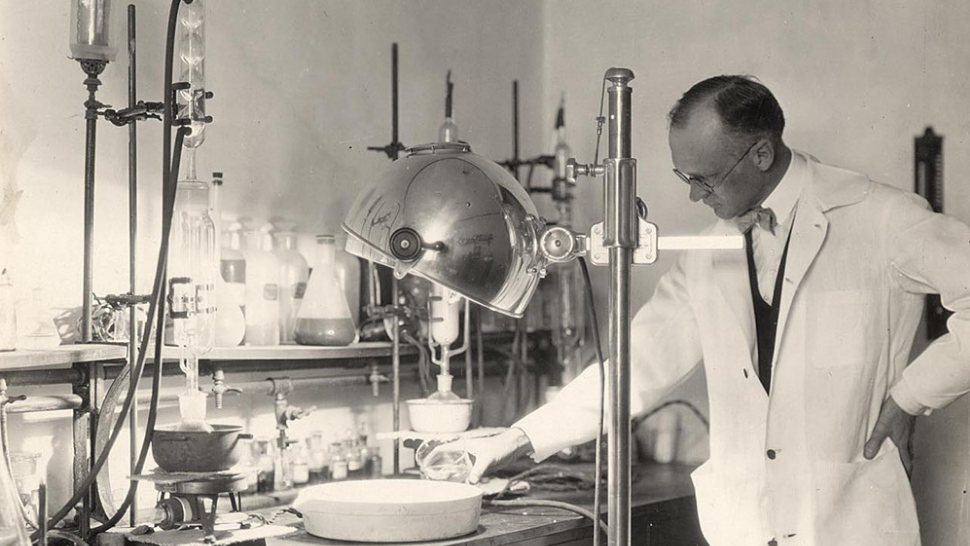 In 1925, an enterprising University of Wisconsin professor by the name of Harry Steenbock decided to buck an unofficial tradition of leaving university-based inventions and discoveries unpatented. With $300 from his own pocket, Steenbock filed for and was granted a patent for his process of using UV radiation to enrich foodstuffs with Vitamin D.

Wanting to help his fellow faculty and staff researchers protect their own patentable work, Steenbock and Harry L. Russell, dean of the College of Agriculture, and Charles Sumner Slichter, dean of the Graduate School, worked to create an organization that could serve as a patent holder for university work. Named for the 6 alumni who sat on its inaugural board, the Wisconsin Alumni Research Foundation, or WARF, was born.

Since its inception, WARF has helped shepherd a number of valuable ideas through the rigorous patent process, giving rise to funding that has helped the University of Wisconsin remain a leading research university.

The many patents WARF holds or has held includes no small amount of historic breakthroughs. To wit, Steenbock?s irradiation process helped virtually eliminate rickets in the modern era after it was applied to products such as oats and milk. Primate and human embryonic stem cells were first isolated at Wisconsin, and continue to play an important role in furthering inquiry into and treatment of a host of ailments. Even one of the world?s most prescribed - and essential - pharmaceuticals, the anticoagulant Warfarin, bears the name of foundation.

Recently, the National Academy of Inventors and the Intellectual Property Owners Association released its 2018 list of top 100 worldwide universities grant US utility patents. Consistently in the top 10, WARF secured the number 7 spot with an impressive 157 patents issued for the year.

?An innovative university is a competitive university,? says Erik Iverson, WARF?s managing director, speaking with the University of Wisconsin News Service. ?Before new technology can improve a crop, or a drug can save a life, a granted patent is often the first step on the path to development. This report signals that the near-century long partnership of WARF and UW-Madison is vibrant and enduring.?