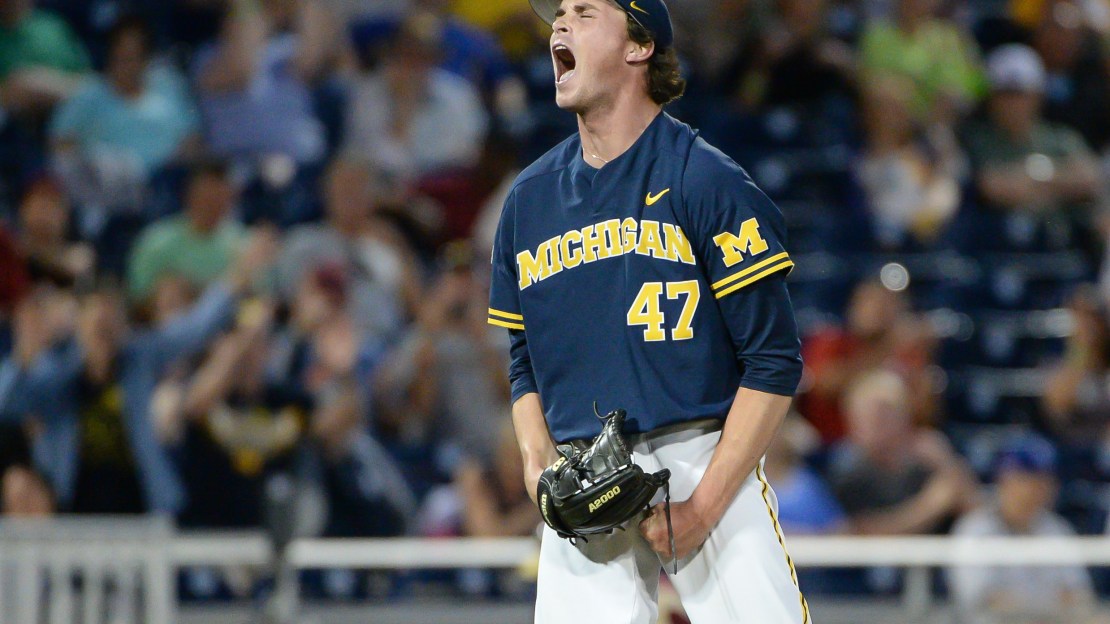 Junior starting pitcher Tommy Henry tossed a three-hit complete-game shutout on Monday to help lead Michigan to a 2-0 victory over Florida State in the Wolverines' second game of the College World Series at TD Ameritrade Park.

Henry's historic outing marked the third College World Series complete-game shutout in program history, as he joined Marvin Wisniewski (June 11, 1953 vs. Stanford) and Steve Howe (June 2, 1978 vs. Baylor). The complete game itself was the program's ninth.

Michigan is just one win away from the College World Series finals, and it will take the field next on Friday vs. the winner of the Florida State-Texas Tech elimination game.

The Wolverines are 2-0 in the College World Series for the first time since 1962. Michigan has started its national title run with a 2-0 record twice in history and clinched the national championship both times (1953 and 1962).

"It just gives you a lot of confidence, a lot of trust…and the freedom to attack."

Tommy Henry credited his @umichbaseball teammates' defense while explaining his gem on the mound: pic.twitter.com/vbRLpAQAWL

"I couldn't be more proud of this guy."

High-five if you're 2-0 in the College World Series. ? @umichbaseball pic.twitter.com/TlFD1zvlbI