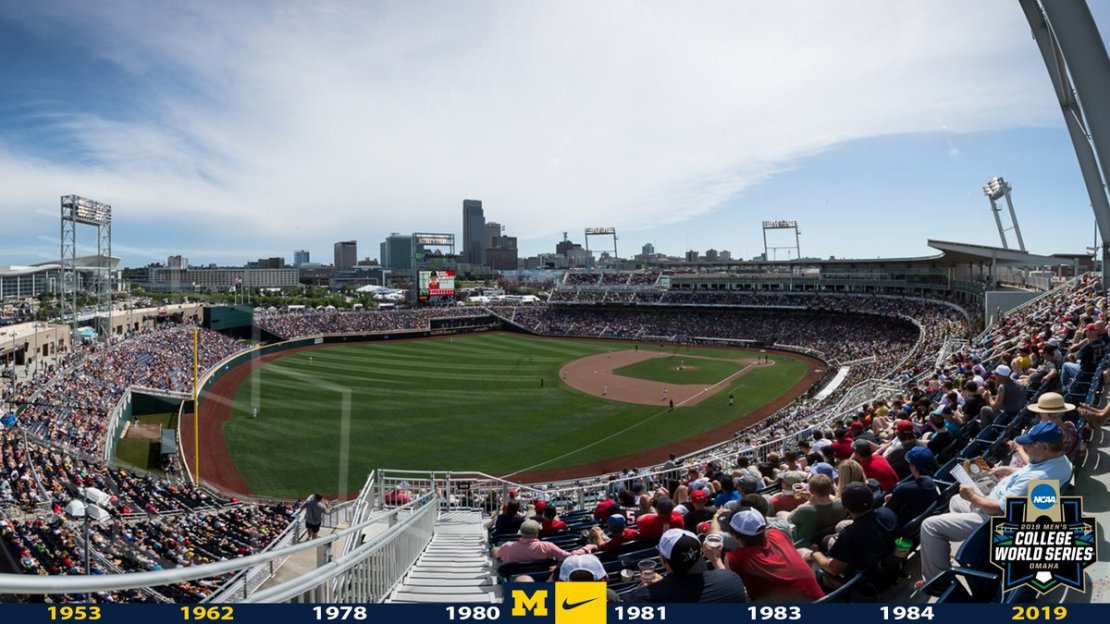 The Michigan baseball team used early offense and solid pitching performances from starter Karl Kauffmann and Jeff Criswell to defeat No. 8 Texas Tech, 5-3, on Saturday afternoon in the opening game of the NCAA College World Series at TD Ameritrade Park.

Texas Tech (44-19) had two men on base and brought the winning run to the plate in the bottom of the ninth inning with two outs, but Criswell got a big strikeout to end the game.

The Wolverines stay in the winners' portion of the bracket and will play again on Monday (June 17) against Florida State at 6 p.m. CDT. FSU scored a run in the top of the ninth inning to defeat Arkansas, 1-0, in Saturday night's game.

Michigan (47-20) chased Texas Tech starter Micah Dallas (7-1) after three innings and handed the freshman ace his first loss of the year. The Red Raider bullpen held the Wolverines to just one run on two hits over the next six innings.