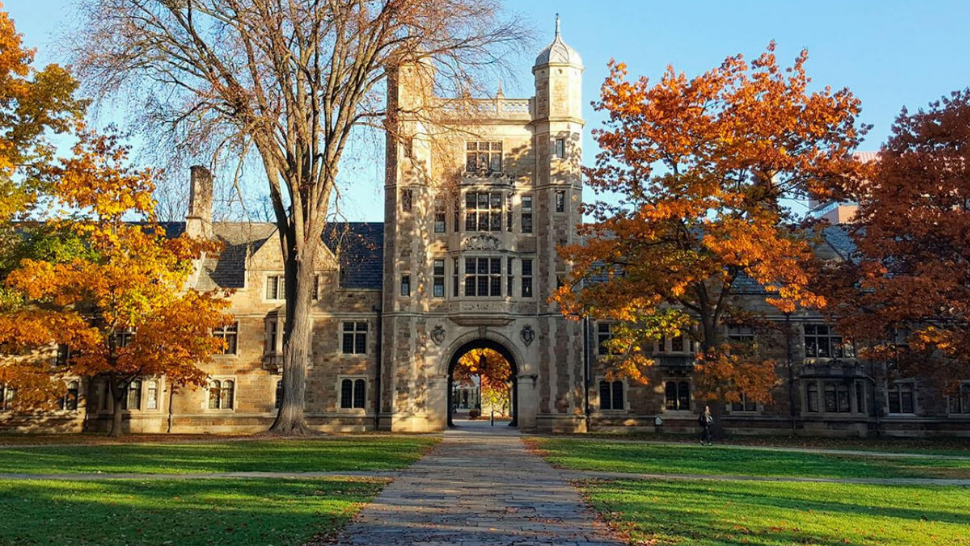 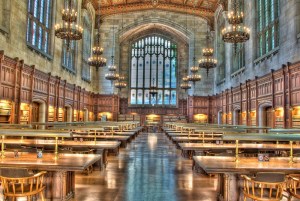 A place that conjures images of Harry Potter?s Hogwarts, the Michigan Law Library is an exquisitely constructed historical landmark. Previously used by alumni such as Gerald Ford, the library?s reading room has been a fixture on campus since 1930. During the spring and summer, it is common to see graduation and wedding portraits taking place under the Law Quad?s thriving trees. Perhaps the most photographed spot on campus, visitors can walk through the picturesque Law Quad to reach the library?s reading room and visit anytime between 8 a.m.-8 p.m. 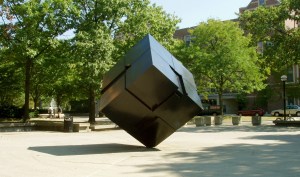 With more than 100 works found throughout campus, Michigan?s sculpture collection contains pieces from iconic artists such as Tony Rosenthal, Mark di Suvero and Maya Lin. Visit alumnus Rosenthal?s The Cube near the Michigan Union, a work that brings luck when spun according to campus folklore. Just across the street, di Suvero?s monumental structure Orion inspires awe with its bright red steel and sharp geometric design.

Make your way to The Big House 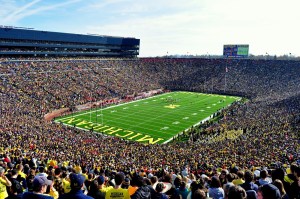 As the largest stadium in the United States, visiting Michigan Stadium (or ?The Big House?) is critical. Opened in 1927, the stadium is rich with history. Ideally, one will attend a raucous fall football game when in Ann Arbor and experience cheering alongside more than 107,000 ecstatic Wolverines. When not hosting football, the stadium is the site of annual graduation commencements, summer movie viewings and other athletic events such as international soccer and the NHL Winter Classic. 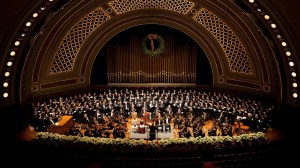 This acoustically superb space, constructed in 1913, has welcomed Rachmaninoff, the New York and Vienna Philharmonic orchestras, Leonard Bernstein, The Grateful Dead and Elton John over the years. During the academic year, Hill hosts numerous student groups and popular concerts for hip-hop and EDM artists. The 2019-20 season lineup can be seen here, featuring the Detroit Symphony Orchestra?s play-along with the film Amadeus and the Minnesota Orchestra. 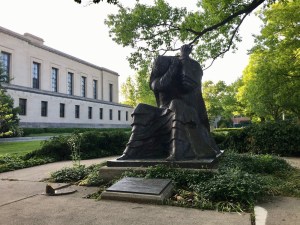 Raoul Wallenberg, a 1935 graduate of the College of Architecture, was a Swedish diplomat during World War II and has been credited with saving more than 100,000 Jewish lives. While located in Hungary, Wallenberg distributed homemade ?protective passports? to the Jewish people, preventing more than 20,000 concentration camp deaths. Furthermore, he utilized his architectural degree to renovate Budapest?s low-cost housing and protect Jewish refugees. His memorial plaza is found next to Rackham Graduate Library, a peaceful area found near the site of Michigan?s first Jewish cemetery. Viewers can read about Wallenberg?s achievements, bravery and experiences while on campus.