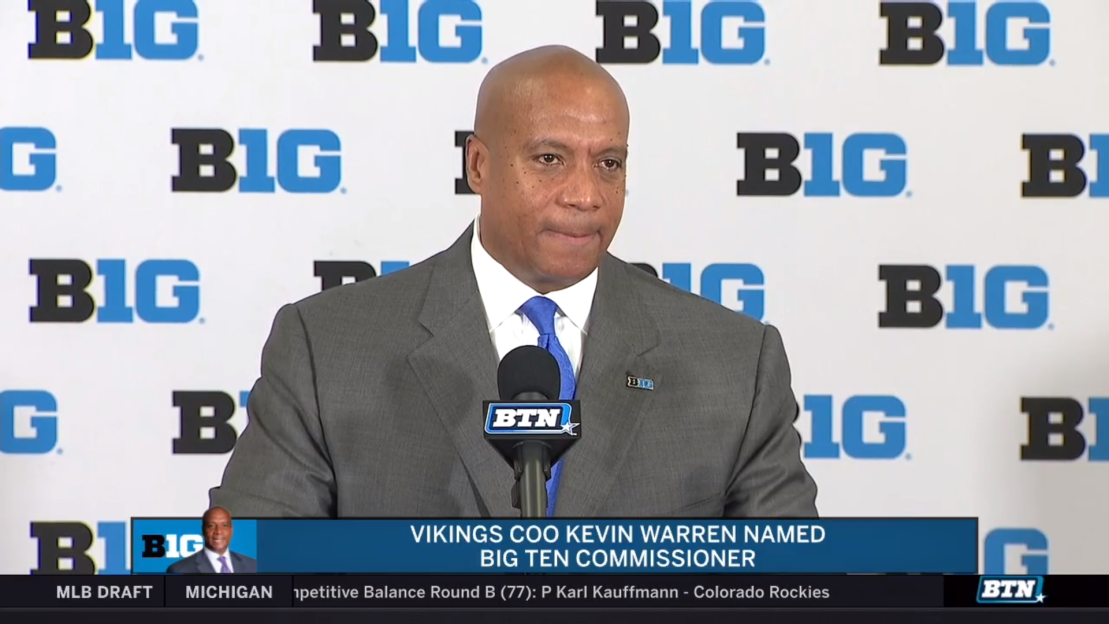 Warren is the Chief Operating Officer for the Minnesota Vikings, where he has worked since 2005. He is the highest-ranking African-American executive working on the business side for a team in the NFL and is the first African-American COO in NFL history.

As of Tuesday, he's also the first African-American P5 commissioner.

Here are a few highlights from Warren's introductory press conference.

"To have an opportunity to lead the Big Ten Conference, and follow in the shoes of Jim Delany is truly an honor."

He's a TE for @HailStateFB, and has a test and workouts to tackle.

"This is what student-athletes and what college athletics is about." pic.twitter.com/wYEpZiOfLq

"I wish they could be here, because today is a day that they told me about that would come."

Kevin Warren was hit by a car as an 11-year-old, and the doctor said his outlook was not good.

Warren asked the doctor what would help him. The doctor's answer? Swim.

Warren paid for a pool in his backyard, practically lived in it, and uses the experience as motivation. pic.twitter.com/CACNY90J59

Kevin Warren comes from a family that's experienced a lot of firsts.

Officially the first black P5 commissioner, does he consider himself a pioneer? pic.twitter.com/EsMAf6YXRs