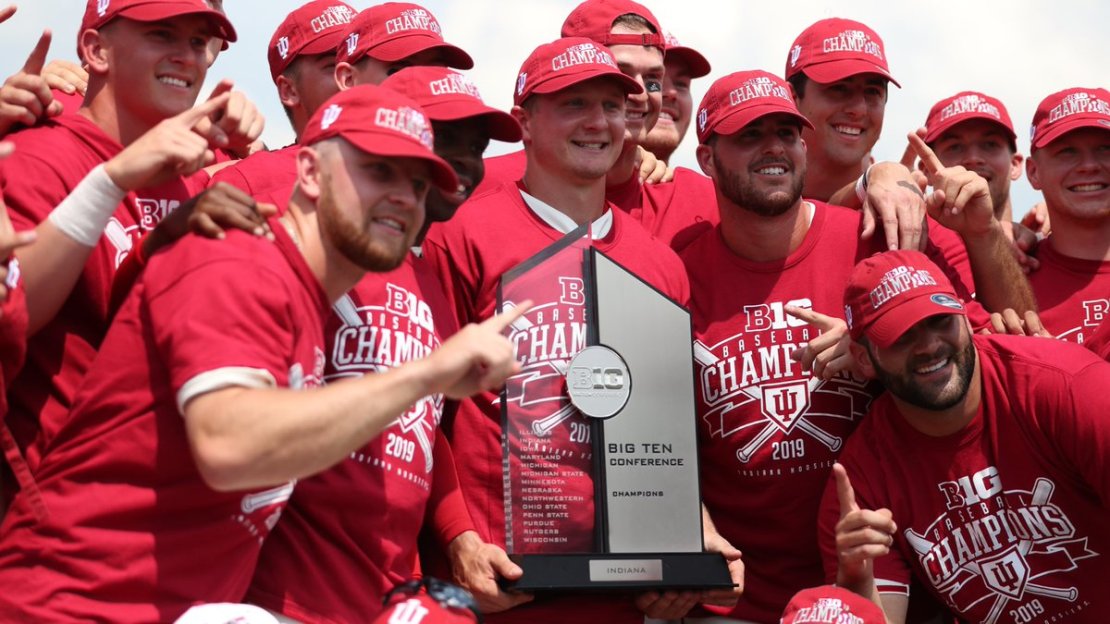 Illinois earned the No. 2 seed in the Oxford Regional and will face third-seeded Clemson. The winner will take on top-seeded Ole Miss or Jacksonville State. The Fighting Illini will be making their 12th appearance in the NCAA Tournament and the first since 2015.

In 2018, we were left out of the NCAA tournament. That was then, this is now. #HailtotheOrange #LetsDance pic.twitter.com/np1e0kjtcR

The second-seeded Hoosiers will take on Illinois State in the Louisville Regional with the winner advancing to play either Louisville or UIC. Indiana is headed to the NCAA Tournament for the third-straight year and ninth time overall.

In the Corvallis Regional, third-seeded Michigan will take on second-seeded Creighton. The winner will advance to play either Oregon State or Cincinnati. The Wolverines will make their 24th NCAA Tournament appearance and their third in the last five years.

Nebraska earned the third seed in the Oklahoma City Regional and will face No. 2 UConn. The winner will take on either No. 1 Oklahoma State or No. 4 Harvard. The Huskers will make their 15th overall appearance in the tournament and their first since 2015.

Fourth-seeded Ohio State will take on top-seeded Vanderbilt in the Nashville Regional. The winner will face either Indiana State or McNeese. The Buckeyes are making their 22nd appearance in the NCAA Tournament and third in the past four seasons.

The regional format for the DI baseball championship is a double-elimination tournament format with the winning 16 teams advancing to Super Regionals, which will be held from May 31-June 3. The top eight teams remaining will host the Super Regionals on campus in a best-of-three series with the eight winners advancing to Omaha.