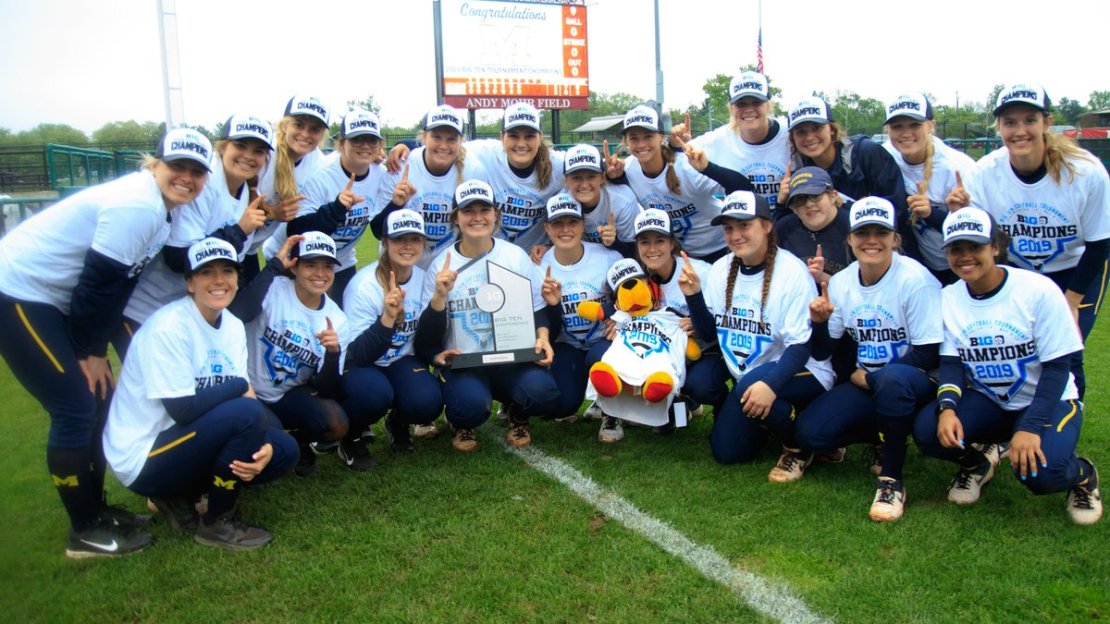 The No. 21-ranked University of Michigan softball team captured its 10th Big Ten Conference Tournament crown with a gritty 3-2 decision over No. 12 Minnesota on Saturday afternoon at Indiana's Andy Mohr Field. With the tournament win, the Wolverines swept the conference's regular-season and tournament titles.

The Wolverines built a 3-0 lead through the fourth and fifth innings, but a 22-minute rain delay in the sixth looked to be a momentum killer as Minnesota led off the home half with three straight hits, including a leadoff solo home run.

Sophomore left-hander Meghan Beaubien (28-4) allowed two runs on eight hits — three after the rain delay — and no walks and struck out four to earn the victory. Prior to the delay, she allowed just two Gopher runners to reach scoring position.

Beaubien was named the Big Ten Tournament MVP, while Blair, senior second baseman Faith Canfield and Peters joined her on the all-tournament team.

The NCAA Tournament bracket and regional sites will be announced at 9 p.m. ET Sunday on ESPN2. Michigan has been in the NCAA field in each of the last 24 seasons, reaching the Women's College World Series 12 times and winning the 2005 national championship.