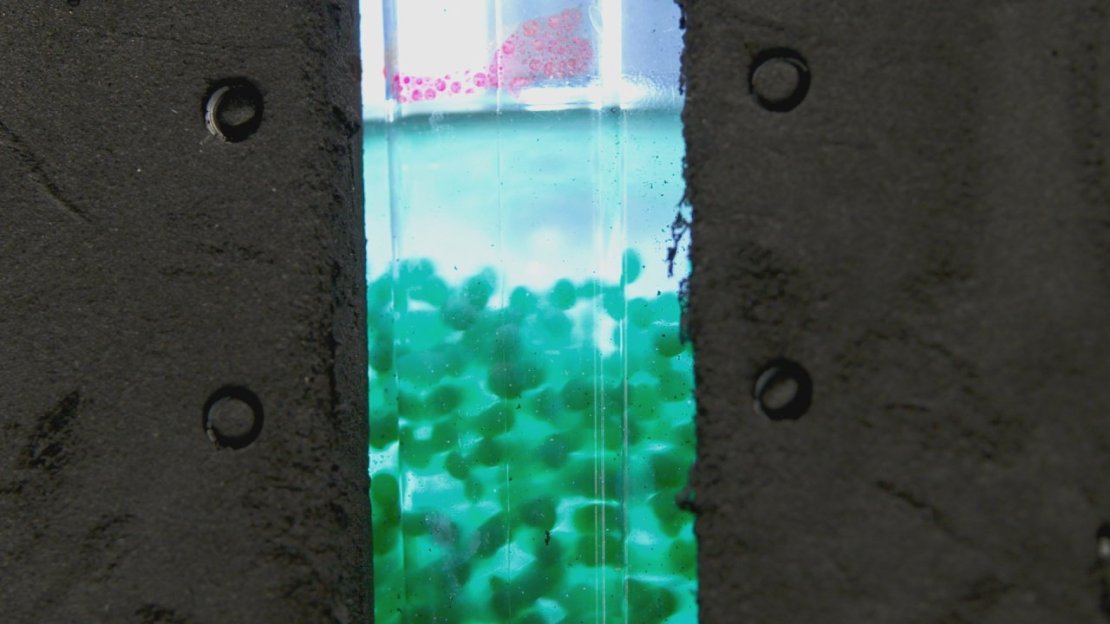 We are surrounded by plastics. They?re in our homes, on our persons; they make up our built environments and our various machines. And, despite what you?ve likely heard, plastics are not all bad. They have many desirable properties, from malleability to strength to weight.

But these properties have overshadowed the downsides and led to a stark overdependence on plastic products. And, with only a scant amount of plastic recycled, much of what we produce is used once and cast aside, wreaking havoc on the environment.

?In the last few decades, humans have produced more than nine billion tons of plastic,? says Danny Ducat, assistant professor in the Department of Biochemistry and Molecular Biology at Michigan State University. ?Some of which is very useful, but almost eighty percent of that is plastic waste.?

Ducat, who works in the MSU-DOE Plant Research Lab, has his sights set on stemming the tide of harmful plastics. To do so, he wants to revolutionize how plastics are made. And not just traditional plastics derived from fossil fuels, but also bioplastics which are made using plant products. Even though bioplastics make up only a miniscule amount of total plastic production, they still have their own set of drawbacks.

?The problem is that we?re currently using plant-based carbohydrates in order to convert sugars into bioplastics,? Ducat explains, noting that most bioplastics come from high sugar plants such as corn, sugarcane and sugar beets. ?This can become a problem because then it creates a tension between growing food for the purposes of feeding people and growing plant crops for the purpose of making plastics.?

In the lab, Ducat and his team are investigating the use of an ancient microbe called cyanobacteria that shares many properties with modern algae strains. Cyanobacteria is one of the simplest microbes on the planet that has the ability convert the energy from sunlight in order to fuel its biology. Ducat hopes to harness that ability to create a more efficient process for building bioplastics.

?We?re looking at a photosynthetic microbe and trying to engineer it such that it can convert sunlight and carbon dioxide directly into sugars,? says Ducat. ?Then we can put them together directly in a single pot with other microbes that can take those sugars and convert them into bioplastics.?

One of the benefits of cyanobacteria is how hearty it is. It requires neither farmland nor fresh water to thrive, meaning its cultivation is far less taxing on resources than current sources of bioplastics. The research team is also working to make sure that the bioplastic created from the cyanobacteria is biodegradable.

To date, Ducat and his colleagues have been able to create in the lab needed sugars at roughly ten times the efficiency of typical sugar beet stocks. The team is in talks with a number of bio-industry partners to scale up and begin testing their technology in non-lab settings. Specifically, they want to know if what they?ve found under optimal conditions can be repeated under variable environmental conditions and what tweaks might need to be made in the genetic modification process.

Ducat is quick to explain that the cyanobacteria process could have ramifications well beyond just bioplastics. ?Because we?re potentially creating a sugar source that?s not competitive with plants, we can use the sugar for the production of a variety of other valuable compounds,? he notes. ?Not only can we potentially make bioplastics, but we could also imagine making biofuels or other pharmaceutical compounds.?