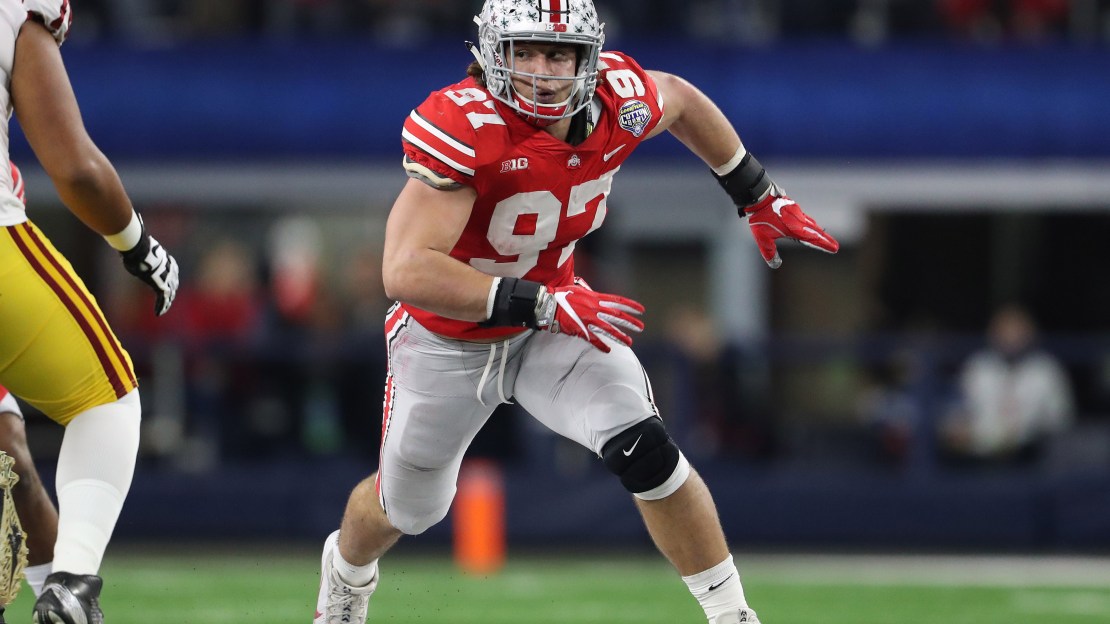 The Big Ten was all over the first round of the 2019 NFL Draft on Thursday night.

Nick Bosa got things started, at No. 2, and six other former Big Ten standouts, including Ohio State teammate Dwayne Haskins (No. 15), who became the Big Ten's first QB to go in Round 1 since Kerry Collins, followed.

Another big story: Iowa's T.J. Hockenson and Noah Fant became the first tight ends from the same school to go in the first round.

Catch up on all of the first-round picks below.

The Bosa ?? @OhioStateFB ?? Cali pipeline is alive and well.

The @Lions are getting a GREAT one in @HawkeyeFootball tight end T.J. Hockenson (@TheeHOCK8). pic.twitter.com/wLsu6xOvPm

– @_Dbush11 brings more DEFENSE to a legendary defensive franchise. Here's why @steelers fans should be pumped about their first-round pick out of @UMichFootball: pic.twitter.com/94SrxDvdkO

He called himself the best player in this Draft. Now @RashanAGary has a chance to prove it with the @packers. ?

Here's a taste of the havoc the @UMichFootball DL can cause: pic.twitter.com/HzgnK7RPiA

The single-season TD pass leader in Big Ten history is now under center for the @Redskins. Here's what the @OhioStateFB QB brings to Washington: pic.twitter.com/LlWkpMOgtV

Two TEs from the same school have never been selected in the first round of the draft in the same year…until now.@HawkeyeFootball | #TightEndU pic.twitter.com/AWlOOMHl2u