An Iowa grad shares his 'Dream' with his community: BTN LiveBIG 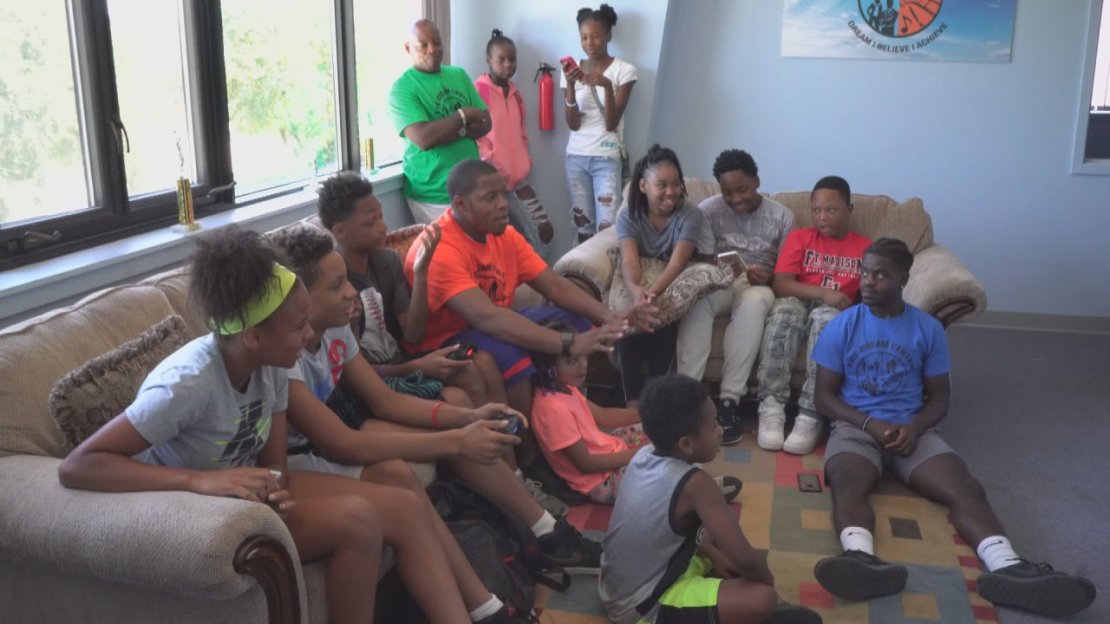 When Frederick Newell arrived at the University of Iowa, he wasn't exactly sure what path he wanted to pursue. He wasn't exactly sure if he was even in the right place. But what he was sure of was his need to provide a safe and loving home for his then 18-month-old son, who he was raising on his own.

Newell was determined to teach his son the power of perseverance and to show him the unassailable importance of an education. So, every day, the pair would walk hand-in-hand down classroom aisles to find their seats.

"We were in a large lecture hall and Fred came in late on the first day, holding the hand of a little boy who walked down the steps with him and it was a picture I'll never forget," says Sara Sanders, professor and director of the School of Social Work at the University of Iowa.

The thing that resonates with her the most is that despite carting a wee toddler with him to every class, Newell came prepared, no matter what. "I knew that this guy had to be special in some capacity and my goal was to figure out how I could develop a relationship with him so I could get closer to him and find out what exactly he needed to be successful and to reach his full potential."

Sanders hunch about Newell's seemingly boundless possibility turned out to be on the money. Newell is still in Iowa City, serving as the director of The Dream Center, a non-profit he founded that mentors fathers and young people in an effort to strengthen communities.

"Our model here is simply strengthening families, changing lives and restoring hope," says Newell. "Our programs are specifically around helping young men and fathers to make sure that they're being the best individuals they can be. We also spend a lot of time with the youth in our community, both young men and young women, focusing on leadership, character building and providing a service within our community."

After graduating from Iowa, Newell went to work for the Iowa Department of Human Services. His work had him primarily dealing with mothers, but he also came into contact with a number of young fathers. He quickly came to realize that services didn't tend to cater to fathers, and support groups were close to nil. Newell also had his fair share of young people seeking him out for advice and informal counseling, which fell beyond the scope of his work.

"I started to see so many dads lacking support and so many young men [who] people had given up," Newell remembers. "I was inspired to figure something out; to create a couple of groups that allowed for me to be able to work with some young men as well as some fathers. At that time, I was still only 24, so people challenged me, like 'What can you do to help other fathers when you're a young father yourself?' or What can you do to work with young people when you're still young yourself?' So that kind of became my inspiration."

The Dream Center's programs are broken into three primary categories, Newell explains. The Youth Leadership Academy, which offers mentorship, peer-to-peer counseling, and test prep. The Fatherhood Academy provides father's with weekly support groups called Brotherhood Meetings, where dads can discuss the range of issues they're facing. Finally, there is the Performing Arts Academy that gives young people free access to a number of arts, including a robust dance program.

Beyond the hands-on work that The Dream Center is doing, Sanders notes that Newell's dedication and passion for the Iowa City community is, in and of itself, a teaching tool for the next generation of young people who want to serve others.

"I look at Fred, Fred is a person who got his degree and he's walked the walk and he's served the population that he wants to serve," Sanders says. "I think particularly for our young social work students of color and our young male social workers, to see somebody who is doing the work that they're passionate about, having them see somebody who's been able to fulfill their life mission in that way, I think is very inspiring. I think really pushes people to fulfill even more potential within their careers. Everybody wants to work with Fred. Everybody wants to know Fred."