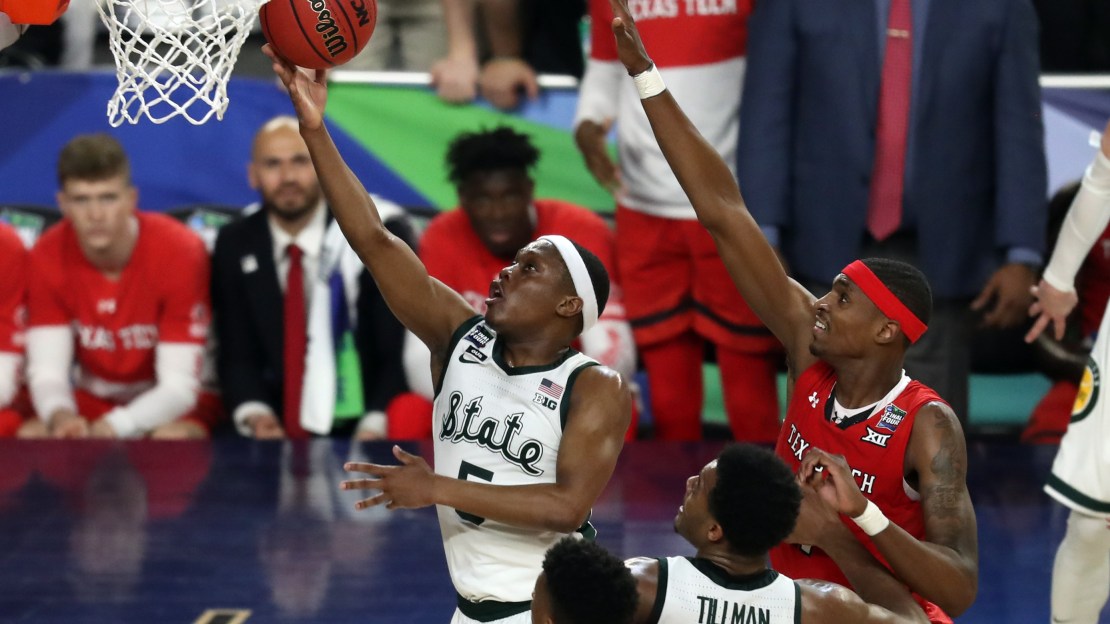 The Red Raiders, behind the nation's top defense, limited the Spartans to 32% from the field and to six assists. Big Ten Player of the Year and consensus All-American Cassius Winston led the way with 16 points, on 4 of 16 from the field; he finished with two assists and four turnovers.

Michigan State rallied from a double-digit deficit to get to within one late with 2:55 left, but the Red Raiders scored the final nine points.

"Give them some credit for that," Tom Izzo said. "That's how you win games, you make plays, and they made some plays."

The Spartans, making their 10th Final Four appearance, were eyeing their third national title, and first since 2000, the Big Ten's last national title.

"I'm gonna keep knocking on the door," Izzo said. "One of these days, it's going to open."

Thank you Kenny and Matt for everything you have done for this team and this program ?#SFL pic.twitter.com/sULT1OtIW4

"Keep your head up!"

Xavier Tillman had words of encouragement for his freshman teammate after the @MSU_Basketball loss to Texas Tech: pic.twitter.com/smCHuF88Hr

"I know he's got my back and I've got his back for the rest of our life."

Matt McQuaid reflects on his relationship with Tom Izzo after playing his final game for @MSU_Basketball. pic.twitter.com/hyLSihHiT1