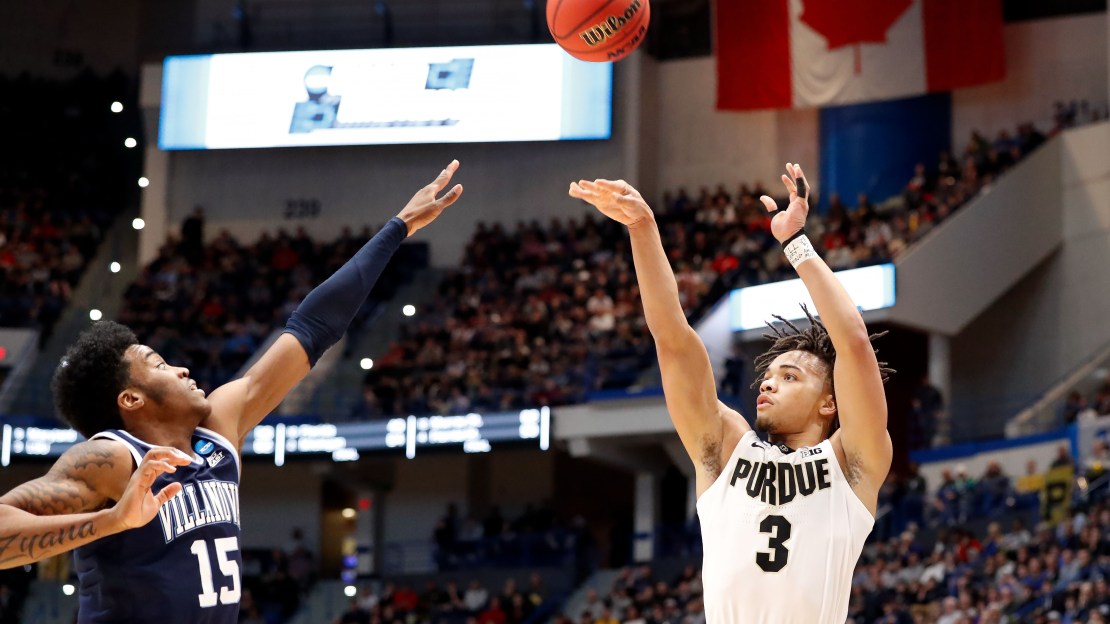 At least three Big Ten teams are off to the Sweet 16.

The biggest star of the night: Purdue's Carsen Edwards, who scored a career-high 42 points, just two of Big Dog's school NCAA record, thanks in large part to a single-game Purdue record nine triples.

Iowa (vs. Tennessee) and Ohio State (vs. Houston) will try to add to the Big Ten's Sweet 16 teams Sunday.

Another Big Ten team, Maryland, just missed out on making it a quartet of Big Ten teams, losing by two points to LSU.

Regardless, the Big Ten has multiple teams in the Sweet 16 for a nation-leading 12th consecutive season.

Here's a quick look at how the teams celebrated today:

This is what #MarchMadness is all about! ? pic.twitter.com/eAoQceEnxW