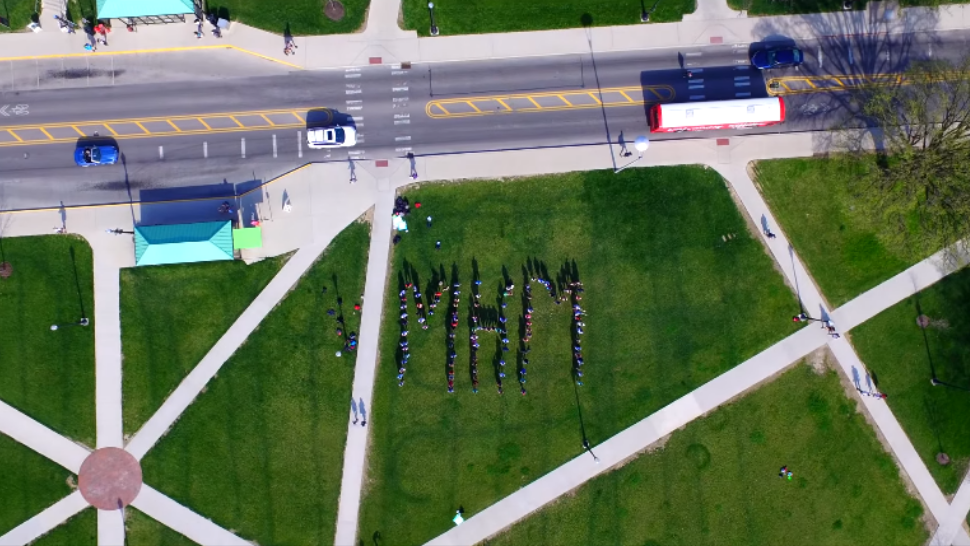 In January of 2018, DaVonti? Haynes got a call that no one wants to receive. His half-brother had taken his own life. For Haynes, a graduate student in the College of Social Work at The Ohio State University, it was more than sorrow he felt, it was shock.

?For me personally, there were no signs,? says Haynes, noting that while his brother?s sister had noticed some differences in behavior, she didn?t recognize what they could be indicative of. ?She didn?t take it in the way that made her think he would commit suicide. Better understanding those signs and knowing how to get people to the proper resources could have done a lot.?

An active member of the Buckeye community, Haynes is acutely aware that issues surrounding mental health and suicide prevention are a paramount concern on college campuses. Wanting to channel his grief into positive change, he found a motivated ally in Tom Gregoire, Dean of the College of Social Work at Ohio State.

?Going off to college is a significant life transition and an important developmental stage of leaving home and moving toward adulthood,? explains Gregoire in an email interview with BTN LiveBIG. ?Students have to make decisions that were probably made for them previously. The academic expectations likely exceed what they have experienced before. Even as a positive stressor, it still represents a major transition.?

The recognition of this has led to an equally massive reevaluation of how resources are allocated to best serve those in need.

Gregoire points to the recent comprehensive study of student mental health and suicide awareness undertaken by the Ohio State Office of Student Life. That report has led directly to an increase in available services, from crisis services for those with emergent needs to services that help students learn to cope with new challenges.

A prime example of Ohio State?s commitment to student wellness is the number of departments, including the College of Social Work, that now collaborate with the university?s Office of Counseling and Consultation Services to embed a clinical social worker or other professional directly in the academic program.

?Doing so makes a familiar face immediately available to students in crisis, allows for greater collaboration between the academic program and the counseling center on responding to the needs of students, and also increases the potential for providing preventative service, such as stress management, to students in their academic environment,? says Gregoire.

At the student-to-student level, you have individuals like Reed Walter, who, in 2013, founded Mental Health Matters Week. Walter, who has since graduated, was personally affected by mental illness during his time at Ohio State. It was only through the strong support network he formed via his fraternity that he was able to manage his battle.

So, it seemed natural that he would muster the Greek community to create a campaign aimed at dismantling stigma and bringing awareness to both needs and resources. Mental Health Matters Week was born out of a conversation Walter had during a diversity retreat with members of fraternities and sororities that represent nearly every demographic on campus.

During its three-year run on campus, Mental Health Matters Week was comprised of a number of events, ranging from TEDTalk-style presentations to a carnival of hope involving a range of representatives from the university?s mental health ecosystem. While no longer in operation, Walter notes that groups such as Never Walk Alone have taken up the banner. He is also hopeful for the progress he has seen in the wake of the campaign.

?I?m really happy with the change in the general attitude and dialogue amongst college students,? says Walter. ?The stigma has gone down dramatically. We?ve also seen an increase in demand for mental health services.?

Those changes are helped in no small part by the intentional and creative way the university has worked mental health advocacy and outreach into the very fabric of their educational model. Haynes notes that a few years ago syllabi distributed across campus began to include information on how to find help when needed. He has also had a professor who used class time to perform wellness checks with students.

?She took the time and she checked in on each student, one-on-one, just to see how they were doing and to make sure they were OK,? Haynes says. ?It?s an extremely positive step in the right direction, especially at a university as large as Ohio State.?

Gregoire says that this is all part of Ohio State?s larger plan to meet students where they are before problems become debilitating. He points to the digital flagship initiative providing iPads to all undergraduates at Ohio State as a non-traditional avenue available to reach the community. Thanks to Ohio State?s Offices of Student Life and the Chief Information officer, apps addressing mental wellness and directing students to resources come preloaded on the tablets, and new apps are currently in development that cover issue like suicide prevention.