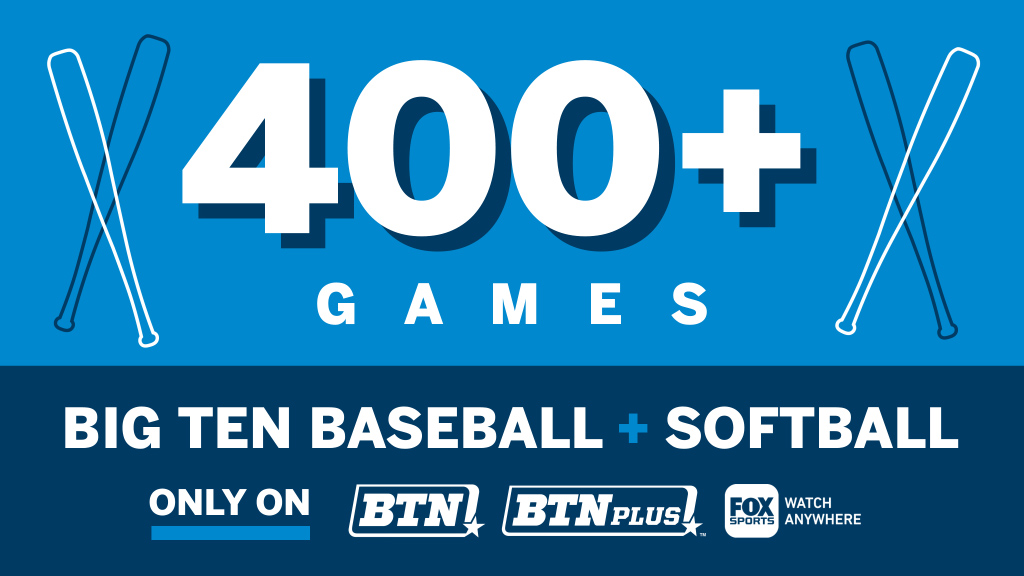 BTN today announced its 2019 baseball and softball schedule, featuring over 400 games on BTN, the FOX Sports app and BTN Plus throughout season.

BTN?s television coverage of Big Ten baseball begins with a rivalry showdown between No. 24 Michigan and Michigan State on Friday, March 29, at 3 p.m. ET. Last season, Minnesota became the first team since Indiana in 2014 to win both the regular season and the tournament championship. The Gophers were voted as the 2019 Big Ten favorite by the coaches.

Below is a preliminary schedule, with more games to be added at a later date. The BTN Plus streaming schedule, which includes more than 350 baseball and softball games, can be viewed here.