Curiosity is encouraged at these Michigan State concerts: BTN LiveBIG 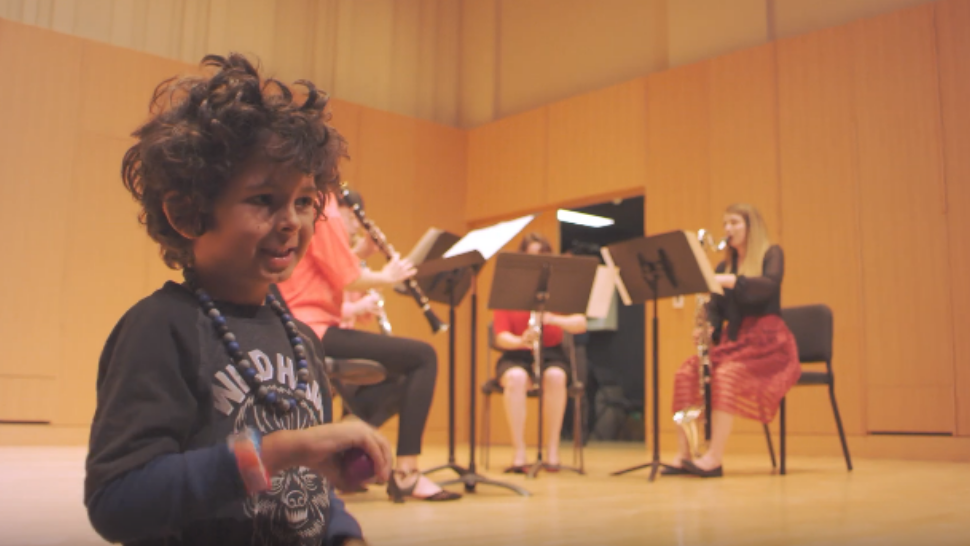 If you?ve been to a chamber orchestra concert, you probably know the drill. Very quiet. Very stuffy. And you better not get up and walk around, let alone sing along or touch the instruments!

Enter the Michigan State University College of Music which has been doing its best to turn people?s expectations for a performance into something quite different, and quite remarkable. Their Sensory Friendly Spartan Concerts - geared mostly toward children with special sensory needs but open to all ages - not only allows, but encourages audience members to get up, walk around, dance and enjoy the show.

?Everyone has expressed how great it is and how much they enjoy it,? says Tasha Warren, an accomplished clarinet player and assistant professor of chamber music in the College of Music, who helped start the concert series two years ago. ?The students have said it?s one of the most rewarding experiences they?ve had.?

She says the concept isn?t a complex one. It?s just another way to encourage people to really experience the music in their own way.

?What?s so funny is it?s just so simple,? she says. ?We just let everybody get up and enjoy themselves as much as possible. It strikes me as funny that we don?t do this more often.?

She collaborated with then-grad student and flautist Emily Roberts, in what Warren calls a happy coincidence. After reaching out to the Community Music School, Warren and Roberts teamed up to work out the specifics.

?I mentored her through applying for a grant, so she could purchase supplies to use for the shows,? Warren says. ?It just worked out so well. I had this idea and she was able to help prepare us for what we might expect.?

The group plays two such concerts every year. They consist of eight or nine chamber groups, who are all located around the stage and ready to play from the beginning. That reduces down time between pieces in order to keep the audiences engaged.

Each chamber group dresses in a certain color to distinguish themselves for the audience. When not playing, chamber players get up and dance around in the hopes that audience members do the same.

?If people want to get up and move around, that?s highly encouraged,? Warren says. ?I love having the students get up. We just enjoy each other?s music all around.?

When the first concert drew about 130 people, Warren was inspired her to turn it into a concert series. The group is also branching out to provide similar concerts at smaller venues. They even have plans to work with a training program for adults with cognitive disabilities to provide concerts for them.

?There?s been a lot of interest and awareness of the fact that we?re doing this,? Warren says. ?It?s really sparking ideas.?

In the end, the ultimate goal is to provide an opportunity to help everyone develop a love for music, no matter what barriers they may have in their lives.

?As a musician, and as a teacher, it?s important to broaden the horizons of the students and to see everything as an opportunity,? Warren says. ?We all have a personal connection to music, that?s why we do it. Everyone who listens to it has a personal moment, and we want to encourage that. I enjoy creating those moments.?