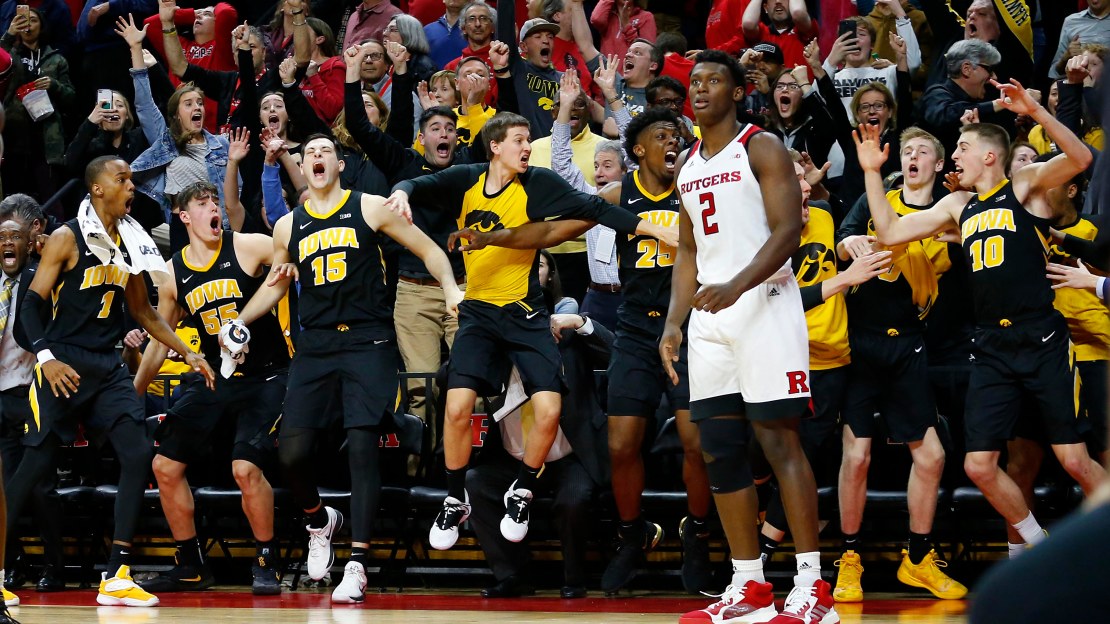 It's the final week of the season. Purdue is in the driver's seat, and is the only contender that controls its destiny.

It being the last week, I thought I'd do something a little different with my Big Ten Power Rankings, presented by ArcelorMittal, and project the Big Ten tourney seeds.

1. Purdue (22-7, 15-3). The Boilers will have to close it out on the road, at Minnesota on Tuesday and at Northwestern on Saturday. As I've said for the past month, Purdue has the best chance to win the regular season title. Not something I would have predicted in December.
Last week: 1

2. Michigan (26-4, 15-4). If Purdue takes care of business, beating rival Michigan State on Saturday is more about building momentum heading into March. Beating your in-state rival that beat you at home certainly means something, too.
Last week: 3

3. Michigan State (23-6,14-4). Fatigue and a lack of depth and balance put a huge question mark on the postseason chances for the Spartans. Nick Ward getting back becomes a game-changer if Michigan State can sustain a high level of play heading into the Big Ten tournament.
Last week: 2

The injuries are piling up for No. 9 @MSU_Basketball. It's affected the rotation, the depth, and even the practices.

Tom Izzo addressed it after Saturday's loss in Bloomington. pic.twitter.com/ZVPrdLaJ7X

4. Wisconsin (20-9, 12-6). You've got to think the Badgers will send Ethan Happ off properly by beating Iowa at home. I also like the Badgers in their matchup against Ohio State to finish the regular season, regardless of whether Kaleb Wesson plays for the Buckeyes.
Last week: 5

5. Maryland (21-9, 12-7). If Wisconsin wins their last two, Maryland will be playing on Thursday of the Big Ten Tournament. The Terps will have to play well against a desperate Gophers team on Friday to avoid losing three straight heading into postseason play.
Last week: 4

6. Iowa (21-8, 10-8). The Hawkeyes have to maintain a high level of effort, urgency and an attention to detail to ready themselves for both the Big Ten and NCAA tournaments. When their communication and intensity is good on defense, they are one of the more dangerous teams in the country.
Last week: 6

7. Ohio State (18-11, 8-10). Whether Kaleb Wesson plays or not, the Northwestern game is a must-win. For the perception of the NCAA tournament committee, I'd expect information or an announcement on the star's return prior to the start of the Big Ten Tournament.
Last week: 7

8. Illinois (11-18, 7-11). I expect the Illini to finish 8-12 in the conference, which would be a significant move in the right direction for Brad Underwood. If they split their two remaining games, assuming Minnesota loses vs. Purdue and at Maryland, they could jump ahead of the Gophers in the standings, based on the tiebreaker.
Last week: 9

9. Minnesota (18-11, 8-10). Even if the Gophers lose both of their remaining games, they win the tiebreaker with Indiana, which keeps them in position for a single-bye. The Gophers are a dangerous team that has struggled to find consistency throughout a grueling conference season.
Last week: 10

10. Indiana (15-14, 6-12). I see the Hoosiers winning out and continuing to gain momentum heading into the Big Ten tournament. They have become one of the most dangerous teams in the conference with a chance for an at-large berth still in the picture.
Last week: 11

11. Rutgers (14-14, 7-11). The Scarlet Knights close things out against two of the hotter teams in the conference, in Penn State and Indiana. If they lose both games, Indiana wins the tiebreaker with two wins over Michigan State. Regardless of whether Rutgers receives a first-round bye in the Big Ten tournament, this season has been a huge step forward for Steve Pikiell and crew.
Last week: 8

12. Penn State (12-17, 5-13). As good as the Nittany Lions are playing, I can see them splitting their last two games, against Rutgers and Illinois. A completely different team than it was in January, this is a group that no one will want to face in the Big Ten tournament.
Last week: 12

13. Nebraska (15-14, 5-13). Considering their opponents, and the way they've been playing, it is hard to imagine the Huskers will beat either Michigan State or Iowa. Although they are still in the NCAA tournament conversation (NET-51), they'll likely be a Wednesday team in the Big Ten tournament.
Last week: 13

14. Northwestern (12-17, 3-15). Offensive consistency has been hard to come by for the Wildcats. Their best opportunity for a good win comes against Ohio State on Wednesday. They close out the regular season on Saturday against a Purdue team that will, at the minimum, be playing for a share of the regular season conference crown.
Last week: 14