A Nebraska team brings to life the story of "Anna": BTN LiveBIG 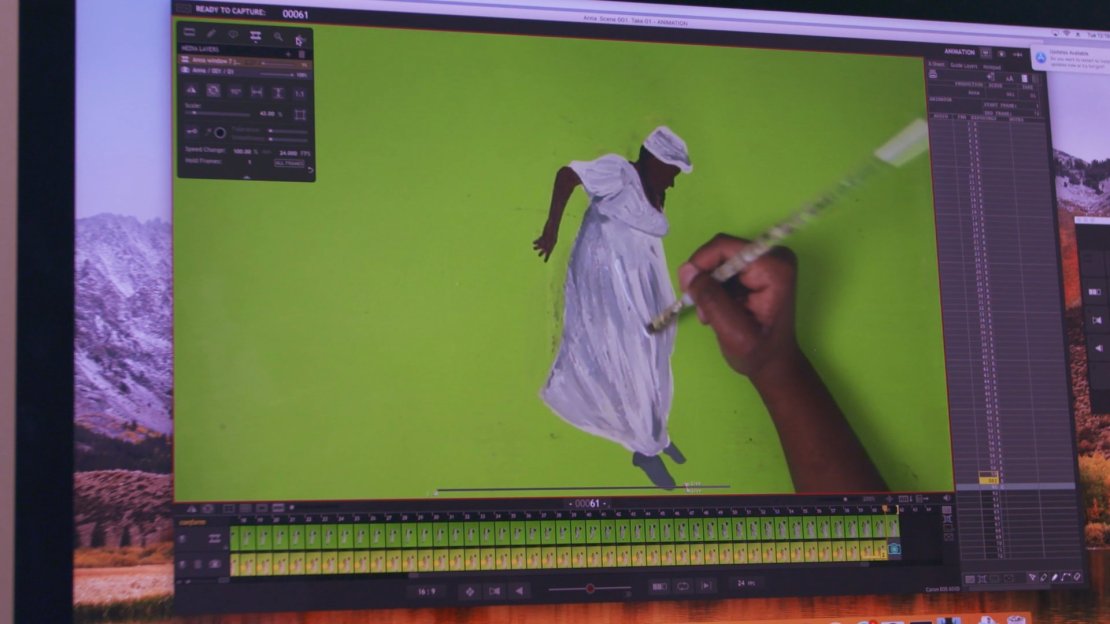 You most likely don?t know the story of Ann Williams, but some 200 years ago her name was shared far and wide. Even then, though, the people who told her story didn?t really know much of the real Ann Williams, the harsh realities she faced, the family she built in spite of her conditions, the perseverance incumbent to her soul.

In the short film Anna, produced by an interdisciplinary team of faculty and students from the University of Nebraska-Lincoln, Williams? story is brought to life in stirring and vivid animation that transports viewers to the early 19th century world of chattel slavery.

?The film is about an enslaved woman who faces a difficult decision,? says the film?s historian William G. Thomas III, Angle professor in the humanities and professor of history at Nebraska. ?It?s about the situation she found herself in and the situation of American slavery. The film is really meant to bring viewers along with her to understand that situation.?

Born into slavery, Williams - who was known to abolitionists as Anna - lived her whole life on plantations in Maryland, serving as a skilled weaver. She eventually took a husband, and they began to build a family.

Hard times, though, befell Williams? masters, one after the other. One day, her husband was sent to work a far field, and Williams and her daughters were spirited away to a Washington DC tavern whose third-floor garret doubled as a prison for slaves. They had been sold to a new master who intended to take them south to Georgia. Desperate to keep her family together, Williams did the only thing she could think to do. She leapt from the window.

While the fall nearly killed Williams, and her daughters were still transported to Georgia, it set in motion a chain of events that would eventually lead to Williams suing for and winning freedom for herself and her family. The story also became an emblem for the growing abolitionist movement, particularly those sickened by the slave trade within our nation?s capital.

?When I saw this woman who jumped from the window, I said, ?Well, who is this woman? Why did she jump??? explains screenwriter Kwakiutl Lynn Dreher, associate professor of English at Nebraska. ?Then she lives to tell her story. I realized, that?s freedom there.?

The film?s style is just as singular as the story it tells. Animation was chosen as a means to recreate locations and worlds that we can?t see anymore, explains Michael Burton, director of Anna.

?What we?re hoping is with animation you?re going to watch for ten minutes and remember it because it?s extraordinary in the way it?s made,? says Burton, assistant professor of practice in the Department of Textiles, Merchandising and Fashion Design. ?It?s just a different way to tell the story and I think that will stop people and get them to look.?

The animation style used is a particular type of rotoscoping, whereby live actors are filmed and then the footage is painted over to build out backgrounds and bring the characters into their setting. To accomplish this, the core team of Burton, Dreher and Thomas worked with a talented group of artists, including students like senior Imani Brown, who is pursuing her BFA with an emphasis in animation.

?I can say that it was definitely a life-changing experience,? says Brown. ?You see it one the big screen for the first time and seeing everybody?s hard work come together as one piece is really satisfying. It really makes you feel fulfilled.?

Anna is already generating buzz on the festival scene, with positive responses from audiences on the entertaining and engaging educational material. The film is a proof of concept of sorts, says Burton, and the success of the project could lead to more films like it.

?It was an education opportunity for all of us in the core team and it was a great learning opportunity doe the students,? says Burton. ?This is the hardest thing I?ve ever done in my life and I?m really pleased with the way it turned out. I want to make more.?