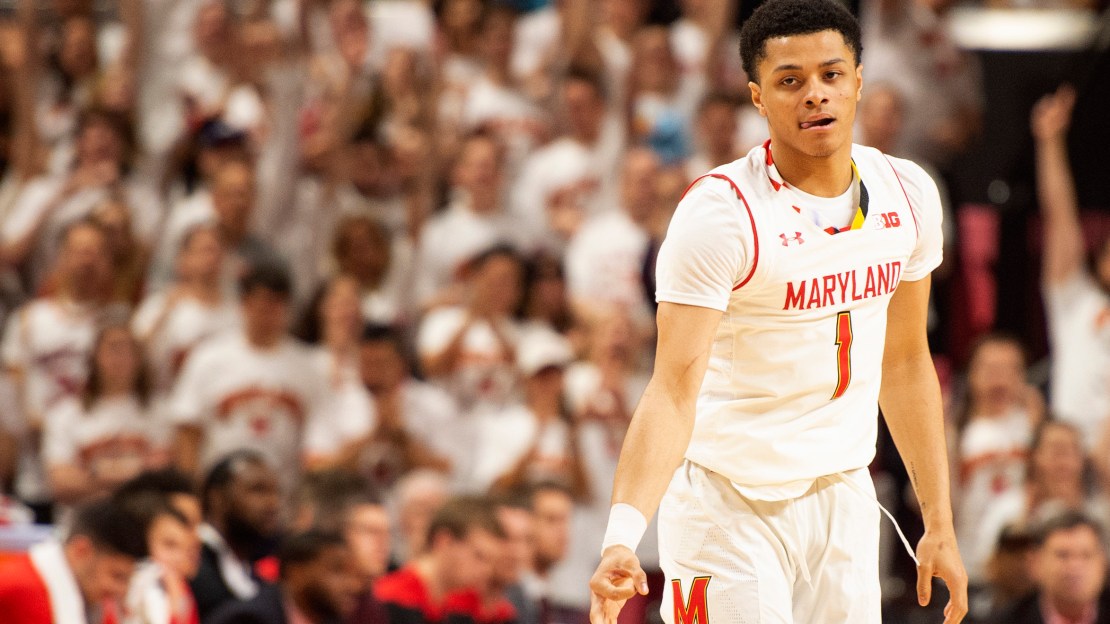 Before the penultimate week of Big Ten play opens Tuesday night, it's time to take a look at my latest Big Ten Power Rankings, presented by ArcelorMittal.

1. Purdue (20-7, 13-3). The shooting struggles of Carsen Edwards should have cost the Boilers a game or two, but they continue to find ways to win. I still think they have the best opportunity to win the Big Ten regular-season crown.
Last week: 1

2. Michigan State (23-5, 14-3). The play of Cassius Winston has been remarkable. He is the clear favorite for Big Ten POY. Due to the injuries and questionable status of Kyle Ahrens, fatigue may become an issue for the Spartans down the stretch.
Last week: 3

RIVALRY WIN ?
ON THE ROAD ?

3. Michigan (24-4, 13-4). The Wolverines offensive issues continue to be their Achilles' heel. Defending the ball screen was an issue against Michigan State, and without a dynamic offense, Michigan has become vulnerable.
Last week: 2

4. Maryland (21-7, 12-5). I have questioned whether the Terps youth could avoid the mid-season lull and a possible multiple-game skid. They have been one of the more consistent teams in the conference, and continue to impress.
Last week: 6

5. Wisconsin (19-8, 11-5). The Badgers are developing different rotations on the floor, including some that have star Ethan Happ on the bench. The different dynamic makes them difficult to defend and plan for.
Last week: 4

6. Iowa (21-6, 10-6). The Hawkeyes continue to make things interesting – even when it doesn't have to be. Iowa has figured out how to win at a high level, but the next step is to put opponents away early and not rely on Jordan Bohannon's heroics.
Last week: 5

7. Ohio State (17-10, 7-9). The Buckeyes are not who they were entering conference play. I attribute a lot of that to the quality of the Big Ten conference. Keeping Kaleb Wesson on the floor and out of foul trouble is an on-going issue for Chris Holtmann and crew.
Last week: 8

8. Rutgers (13-14, 6-11). The Scarlet Knights continue to trend in the right direction. As they grow as a team, they also grow in confidence and expectation. Their size could be a real strength down the stretch, as teams begin to run out of gas.
Last week: 10

9. Illinois (10-17, 6-10). The Illini are still (likely) the most dangerous unkranked team in the conference, and have to find the consistency and attention to detail that they had when they won five of six conference games, highlighted by wins over ranked Maryland and Michigan State.
Last week: 9

10. Minnesota (17-11, 7-10). The Gophers have struggled to find a recipe for consistency all season. Even in a game where they made eight 3s, and Gabe Kalscheur was a perfect 6-of-6, Minnesota still couldn't find a way to win what we'd all perceive to be a must-win game at Rutgers.
Last week: 7

11. Indiana (13-14, 4-12). The Hoosiers have played extremely hard, they've defended and have found ways to compete against some of the best in the conference. Explanation for their losses can be found in the details. That's often what gives experienced teams and tenured Big Ten coaches an edge in conference play.
Last week: 12

12. Penn State (11-16, 4-12). Good luck finding anyone who would choose to play Penn State right now. They play hard and seem to have a bounce that other teams lost midway through the conference season. Lamar Stevens is an all-conference guy that likely won't get the recognition he deserves.
Last week: 14

He closed out the Illini with clutch late buckets and free throws, and @PennStateMBB picks up another win: pic.twitter.com/0lZ5QLpJ6U

13. Nebraska (15-13, 5-12). The Huskers' struggles go well-beyond losing Isaac Copeland. While that is hard to overcome when you already lack depth, there's an on-the-court leadership presence that just doesn't seem to be there. Something that often shows up in the intangibles and the outcome.
Last week: 11