How this Indiana Ph.D. student is running towards her dream: BTN LiveBIG 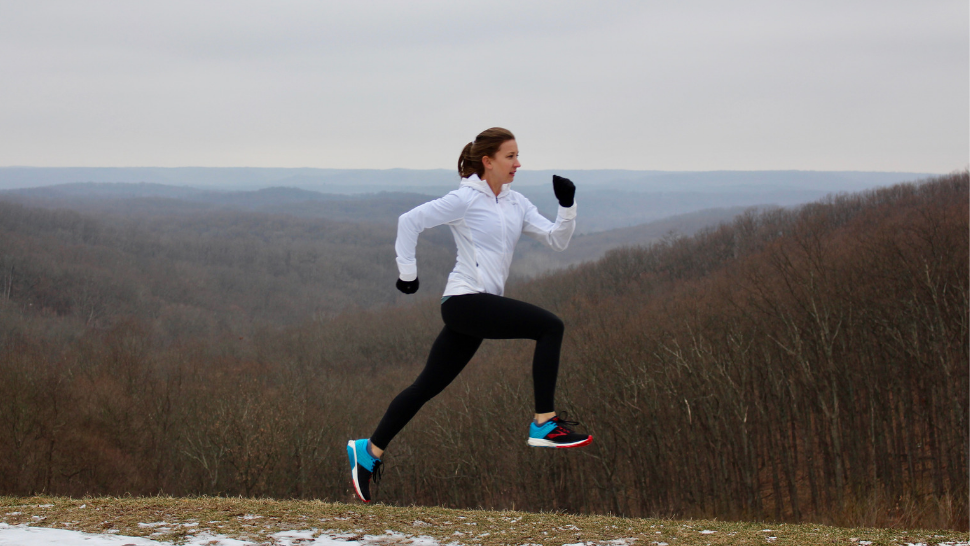 As a Ph.D. candidate in genome cell and development biology at Indiana University, Olivia Ballew is always on the move. As a marathon runner who has qualified to run in the trials for the 2020 Olympics, Ballew is definitely on the move.

Put those two together and, well, you have one very busy future doctor.

How does she do it? A little bit of multitasking doesn?t hurt.

?Running and science can kind of go hand in hand,? she says. ?I was just out for a run at lunch and was thinking about this problem, how can I get this to work? I came up with a solution on my run. You?re always going and going in the lab, it?s hard to have time to just think. Running has given me this outlet.?

Indeed, a rundown of Ballew?s schedule during her training is enough to make your head spin. She would be in the office by 6 a.m. to set up her lab?s microscope, off for a six-mile run. Then she would work a full day, followed by three miles at the end of the day. After that, she would return to the lab around 10 p.m. in order to set up the microscope for the next day?s work.

?I was like a walking zombie,? she says. ?Sometimes I got to catch a 20-minute nap before work, if I was lucky.?

But the long days (and nights) paid off when Ballew qualified for the Olympic trials with her performance at the Indianapolis Monumental Marathon in November with an impressive time of 2:43:13.

Even more remarkably, it was the culmination of just a short amount of training. Before the end of 2016, Ballew hadn?t run competitively since high school. She says it?s a matter of pushing yourself and not saying no to training, no matter how hard it gets.

?People ask me, ?How did you stay motivated??? Ballew says. ?I never gave myself the option to say no to training. It was just, ?When is it gonna get done?? You can do your first run at 6 a.m. or you can do it at noon or you can go at 10 p.m. So, it?s my choice to say when, but it?s not an option.

Always the dual threat, Ballew had her first paper published nearly simultaneously as she was training. She said there was no doubt which gave her a better feeling.

?Qualifying for the Olympic Trials was good, but seeing my name on a paper as first author was way better,? she says. ?It was my first time ever published, so it really meant a lot.?

Things aren?t going to get any less busy for Ballew. Next up on her race plate is a small race on the Olympic trial course in Atlanta, something she calls more of a practice race. After that, an entry in April?s Boston Marathon as she starts ramping up her training for the Olympic trial in February of 2020.

She recently signed a sponsorship deal with Brooks Running, which will help support her until the trials.

?It definitely helps to alleviate some of the expenses that comes with training,? Ballew says. ?Ph.D. students don't make a lot of money, so it takes some of the financial burden away.?

Ballew enters this next phase of her running career with high hopes, even if she tries to keep her expectations in check.

?The way I see it is, even if I get last, I?m last of the best marathoners in the nation,? she says. ?It?s never a loss. I?ve already met my expectations of going to the trials. I?m happy.?

No matter how far the running takes her, Ballew sees herself as a scientist first and foremost.

She hopes to finish up her Ph.D. work next year, and just got a fellowship that funds her dissertation. But she says she would love to continue in a university setting.

?I?ve always wanted to be a professor and run my own lab,? Ballew says. ?There?s something eloquent about forming questions and researching them. That?s what professors in academia do. You get to ask the questions that you want to know in academia.?

How will she find time to do that, along with competing next to the fastest runners in the world? She?s definitely already answered that one.