Iowa grads want to help you speak up with Speeko: BTN LiveBIG 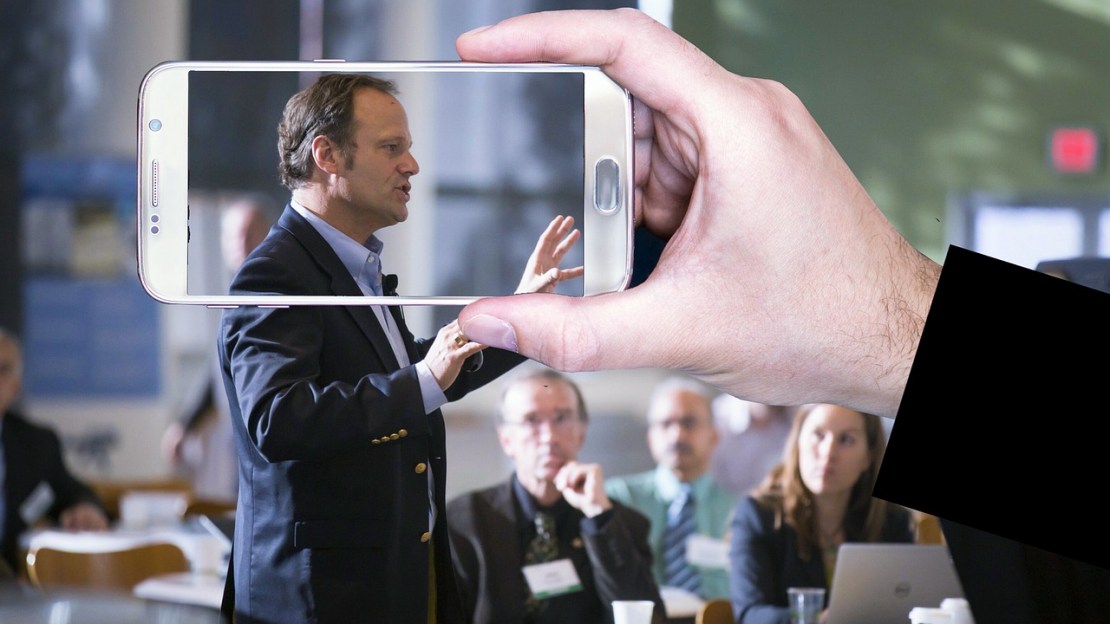 Your palms are coated in sweat. You breathe sharp, shallow and quickly as your eyes dart around the room. Your body temperature rises uncomfortably. Your collar seems tight around your neck. Your mind races ever faster, even as it tries to telegraph calm.

You are about to speak in public, and, like many people would be, you?re tightly wound ball of nerves sure that nothing but failure and humiliation lie ahead. Dale Carnegie made a mint off of people like you.

But this is the 21st century, where the idea of sitting down with a copy of How to Win Friends and Influence People or signing up for a Toastmasters course might not square with most people?s lifestyles. Enter two University of Iowa grads who have developed Speeko, an app designed to improve communication skills from the comfort of one?s mobile device.

Nico Aguilar was inspired to create Speeko after his own nerve-wracking experience with public speaking while an undergraduate at Iowa. In a profile on Iowa Now, Aguilar recalls just how debilitating the situation was.

?I had a full-on anxiety attack in front of my entire rhetoric class,? remembers Aguilar, who received his BS in 2011 and his MPH in 2014 at UI. ?My palms were sweaty, my breath stopped. My mind just went blank, and I totally botched my presentation.?

Aguilar joined forces with current UI graduate student Anthony Pham to develop the app, which uses artificial intelligence to help analyze a user?s voice and provide them with tailored feedback. Common problems areas such as pace, pitch and word choice are improved as a person works through the skill-building exercises and challenges that meet their needs.

Aguilar met Pham, who also has his MD from the UI Carver College of Medicine, while both were undergrads. They decided to bring their shared their love of technology and digital hardware to bear on a field they saw as wide open.

The pair, along with partner and co-founder Will Field-Thompson, have grown Speeko with help from UI?s John Pappajohn Entrepreneurial Center. They have also garnered a number of awards, such as the Rose Francis Elevator Pitch Competition and JPEC Business Model Competition in 2017.

For more on Speeko, visit the link above or visit their site here.