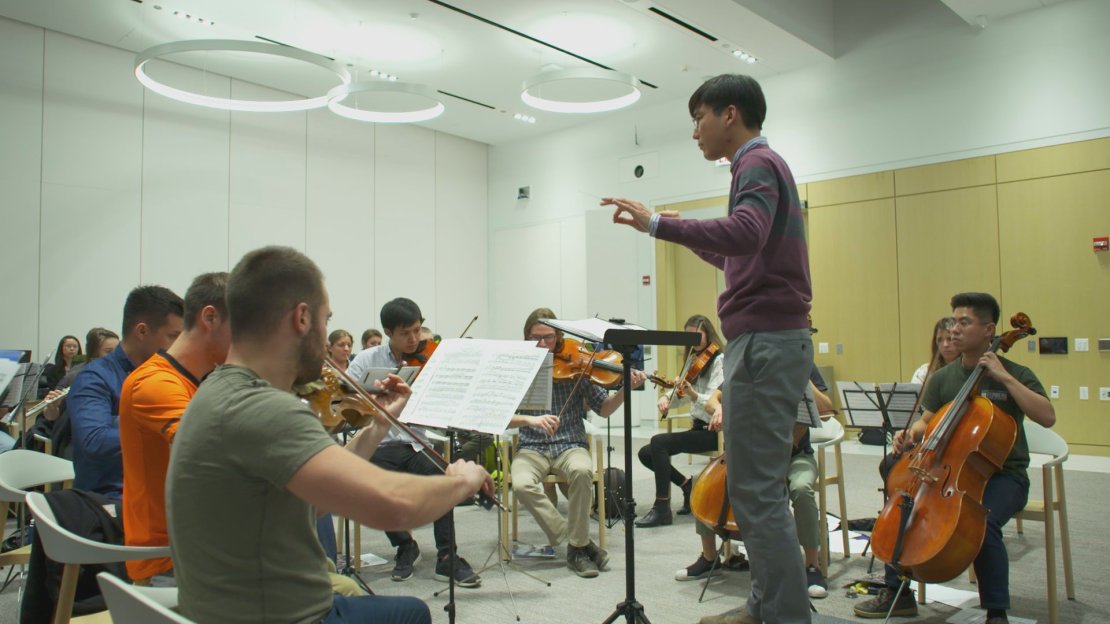 Patience. Perseverance. Persistence. Practice. These qualities fuel a great many pursuits that tend to grip the minds of those who shrug off the path of least resistance.

Therefore, it should be of little surprise that in the challenging and cerebral world of medicine, despite its exacting standards and adherence to scientific precision, tone finds many practitioners who moonlight in the equally heady, yet wildly interpretive world of the musical arts.

To that end, two students at Northwestern University's Feinberg School of Medicine have founded an orchestra that is in a class with few others: it is composed and led entirely by Northwestern medical students, faculty and alumni.

"We wanted to create an outlet for people in the medical profession to perform music," says Bettina Cheung, a second-year medical student and one of the founders of the Northwestern Medical Orchestra. "Music has been a passion for me and for many of our members our whole lives. I started playing the French horn in the 4th grade; some of our members been playing music for as long as they can remember. Having somewhere to express this identity is very important to us as a balance between our work lives and our personal lives."

With the rigors and pressures of a medical career or training weighing heavily, it would be natural to assume that few would find time to pursue music. But with practice occupying just two hours a week, many find the structure helps them stay disciplined and works well within their schedule. Cheung notes that even with the pressure of high stakes exams bearing down, many students find time to come to practice as a way to relieve their stress.

Cheung founded the orchestra in the spring of 2018 with fellow second-year medical student Michael Wang, who now serves as the orchestra's musical director. While undergraduates at Yale, the pair were involved with the student-run Davenport Pops Orchestra. Upon matriculating to Northwestern, the expected to find a small group of like-minded individuals seeking a path to pursue music.

"When we started, we didn't know exactly how many of these musicians who are here would actually be able to and want to get together and play," Wang notes. "Happily enough, when we sent out the call, we got over 50 responses in the first week."

In addition to their weekly practices - which take place at the Shirley Ryan AbilityLab - the Medical Orchestra perform frequent concerts for members of the community ranging from medical professionals and students to patients in Northwestern Hospital.

"We've been really excited to perform for patients who sometimes come in to our rehearsals which are open in the AbilityLab and also perform a concert here at the end of our rehearsals where there have been children from the [pediatrics] floors who have come down," explains Cheung. "We mainly play classical music but we try to throw in some fun pieces that children or other people who maybe don't listen to classical music so often would recognize. So, last season we played the march from Indiana Jones which a lot of the children in the audience really enjoyed."

According to Wang, the orchestra's benefit to the medical community and patients is manifold, yet illusive. But what is undeniable is the force it can have to uplift the spirit. "Music is universal and while we continue to examine kind of its role as medical therapy, what has always been true is playing and listening to music has a positive influence on people's lives."