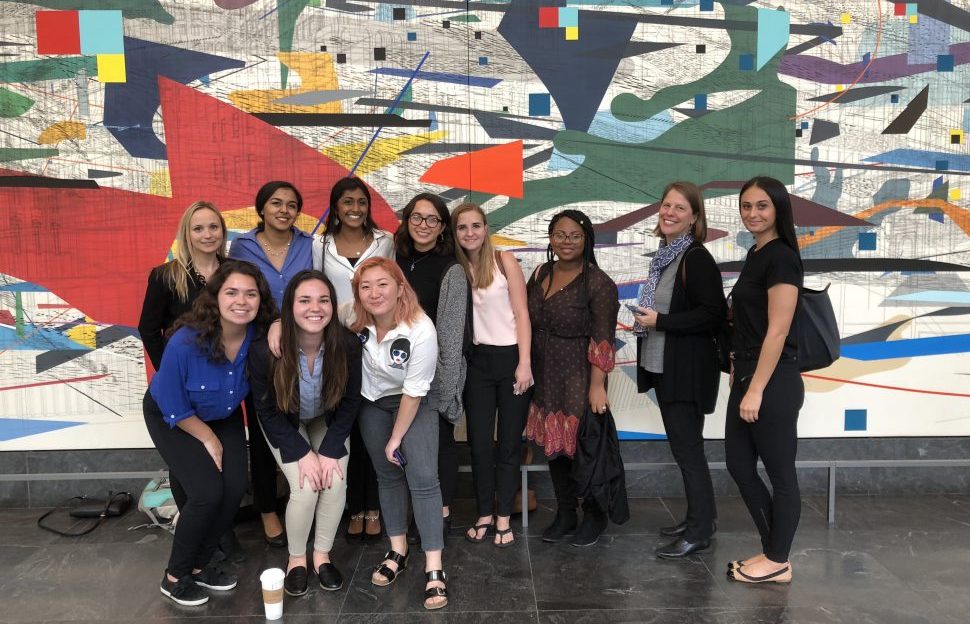 Last October, eight Northwestern University students flew to New York for an opportunity afforded to very few, if any, other collegians.

The eight are ambassadors of the Propel program, which provides mentorship and financial aid to females interested in entrepreneurship and innovation. As a part of the program, the students met with professionals in their respective areas of interest, discussing ways to launch and obtain funding for ventures.

They also were invited to the floor of the New York Stock Exchange to observe the ringing of the opening bell and business in action, up-close-and-personal. Access to the floor is heavily restricted and guarded, but exceptions were made for these future leaders of industry.

The trip was the first of what Hayes Ferguson hopes is many for the Propel program. Ferguson is the associate director of The Garage, the university?s innovation hub featured in a 2016 LiveBIG vignette.

The Propel program was launched to promote diversity and inclusion in entrepreneurship across the Northwestern campus. Women in the program are offered help in progressing their careers, including networking and learning experiences like the trip to NYC, as well as mentorships and financial assistance. Each student in the program receives up to $1,000 to use as seed money for their idea.

?Kellogg alumnus and health care venture capitalist Steve Elms and his wife Katherine donated money to the university to help empower women entrepreneurs, in part because Steve was frustrated by the dearth of women in his industry,? Ferguson says of the program?s origins. ?At The Garage, we?ve faced challenges attracting women and minority students to our programs. Women generally seem less confident about pursuing their ideas. There?s a misconception that you have to have lots of experience or knowledge to start a project or businesses, and that?s not true.

?At The Garage, we encourage students to just go for it if they have an idea, to see what happens. At the very least, they will learn. We celebrate failure, because you only fail if you?ve tried?.

The eight Propel ambassadors ranged in age and background, coming to The Garage from five different schools at Northwestern, from journalism to neuroscience. It is their difference, however, that make the group work. The women inspire one another to create ventures that can make a difference beyond the university.

The projects themselves are as far-reaching as the ambassadors? backgrounds: one has launched a startup that creates a stress-free educational curriculum for discussing controversial political topics with young people. Another is working on a game that assists rehabilitate stroke survivors relearn tasks such as turning knobs and turning on a light switch.

?The more diverse a group of entrepreneurs is, the more diverse ideas and perspectives will be,? Ferguson notes. ?You can identify more problems that need to be solved — and more solutions — if you have different kinds of people involved.?

Given the success it had in its inaugural year, Propel will announce their inaugural cohort on February 1. Applicants don?t need to have a fully-formed business plan when they join, just an open mind.

?We really hope to draw students from varied backgrounds, across all schools, really any woman who has an idea she might not pursue due to a lack of funding or confidence or both,? says Ferguson. ?We hope that through exposure to women with successful careers, the ?Propellers? will gain confidence in themselves, enough to maybe apply for a Garage residency or even to pursue their own venture down the road.?