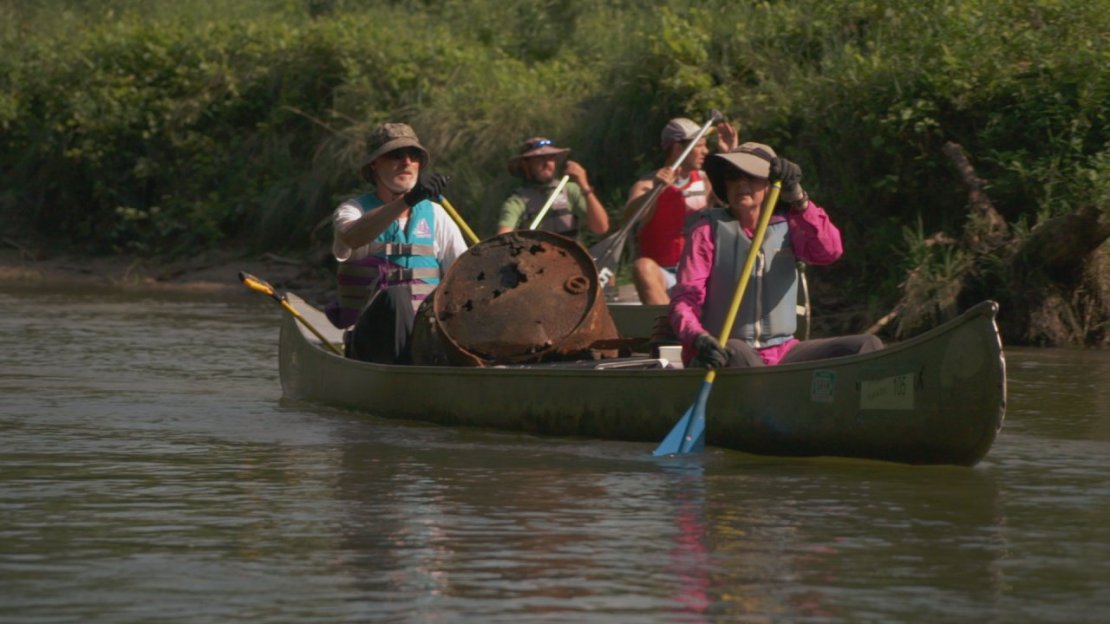 As the canoe meanders down the lazy Maquoketa River, the passengers therein keep their eyes trained for their quarry. Off towards the left bank, they spy something in the water. Maneuvering closer, gear out, they prepare to wrestle their mark from the water.

But it isn't a record-breaking big mouth bass these river goers are after. No, these Project AWARE (A Watershed Awareness River Expedition) volunteers are on the hunt for trash, and on this stretch of river the getting is good.

"It's a river cleanup, but it's not just an afternoon where a few boats pick up cans and bottles on the sandbar," explains Project AWARE coordinator Brian Soenen. "It's quite literally hundreds of volunteers in canoes muscling out things that you might think you need a crane to pull out." 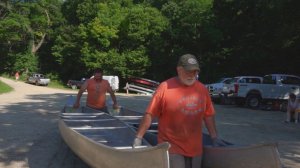 The multi-day event sees volunteers from all walks of life camping and canoeing in order to clean up and spread awareness about the health of Iowa waterways. In the summer of 2018, Project AWARE covered 63 miles of the Maquoketa River, hauling out small items like gas cans and bike wheels and big hunks of metal like a riding lawnmower.

Soenen started the program in 2002 after hearing about a somewhat similar endeavor on the Mississippi River. His original intention was just as much about having people engage with their state's waterways as it was about cleaning them. Project AWARE, which operates under the auspices of the Iowa Department of Natural Resources, has grown by leaps and bounds since then. In the third year, the University of Iowa came on as a major sponsor, one that Soenen says has been indispensable to the growth of the initiative.

"The University of Iowa is really the heartbeat of this project," Soenen notes. "Some of the most colorful characters on our staff are university employees A lot of them are bug researchers or air quality monitors, so they're used to finding out of the way places, they're used to sleeping out under the stars and so it was a natural fit for them."

In addition to providing ample and skilled volunteers, the university also provides logistical support in the form of storage space for the equipment need for such a massive undertaking.

Out on the river, volunteers collect as much garbage as they can fit in their boats, the majority of it being discarded tires and scrap metal. Once extracted, the junk is deposited at various river access points for pick up. In the first iteration of Project AWARE, the trash was consigned to the local landfill, but since year two the team has diverted 75 percent of their haul into recycling systems. That's quite a lot given their average yearly collection is around 35 tons of garbage.

How the garbage ends up in the river in the first place is multi-faceted, Soenen notes. Much of it comes from old municipal or private dumps that were located near rivers. When the rivers change course, they can often dig into these sites and pull garbage into their streams. Another source is the detritus picked up in the course of flooding. And, of course, there is active dumping. 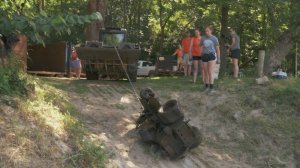 "Unfortunately, we've actually been on cleanups and have seen people dump," Soenen says. "I think it happens less and less and when people that are doing that see groups like Iowa Project AWARE working to correct a wrong, it helps. Events like this help highlight the importance of recycling, reducing and reusing."

While the end goal is to pull as much garbage from Iowa rivers as possible, Soenen says that the mission, on its face, doesn't accurately capture just what makes Project AWARE so special. It lies in the volunteers, he says, the people that are drawn together to improve their state for their families, friends and neighbors.

"I think the community is part of that magic. I think that's been the glue that pulls it all together. This year our youngest volunteer was five and our most experienced volunteer was 80. There's this whole mix of people, grandparents, kids, families, individuals. We can all agree that, however the trash got to the river, it shouldn't be here and we can all do something about it."