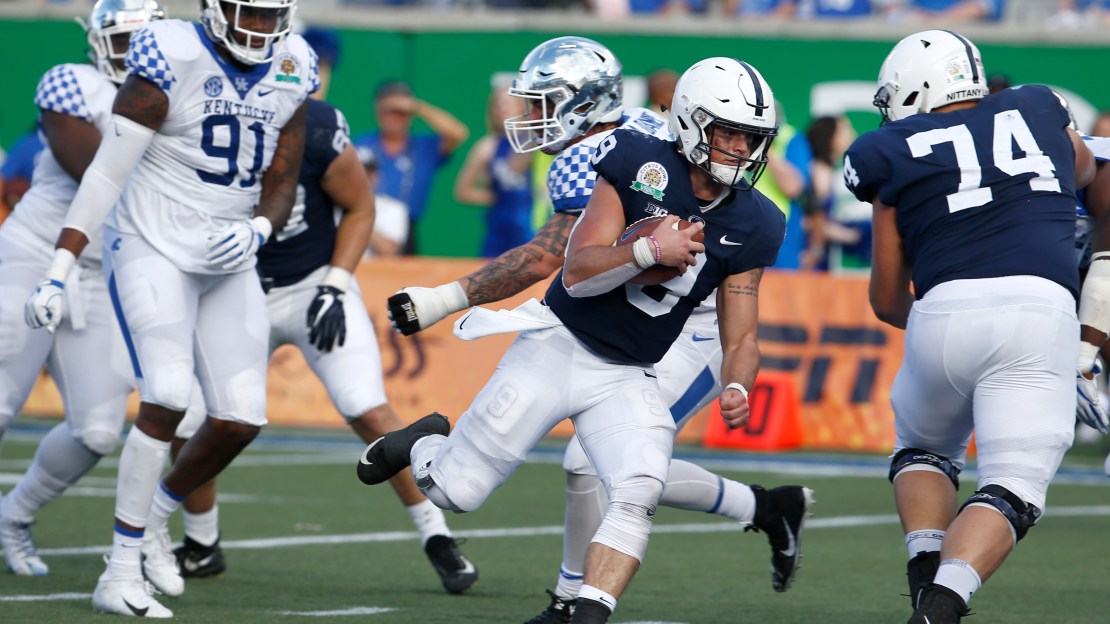 This much is certain: Penn State fans will never forget Trace McSorley.

They loved the record-setting quarterback before the Citrus Bowl on Tuesday afternoon, but it all went to another level with what he did in the 27-24 loss to Kentucky.

After leaving with an injured right foot, and with his team trailing 27-7, McSorley returned to the game, and nearly led the Nittany Lions all the way back.

The offense was rolling behind McSorley late in the second half, until a drive late in the fourth quarter stalled in Kentucky territory. With the defense playing well and all three timeout at its disposal, Penn State opted for the field goal. Unfortunately, the Nittany Lions didn't get the ball back until one tick remained.

Check out some of the reaction to McSorley's heroics below.