Maryland is turning algae into electricity AND cleaning up the Chesapeake Bay: BTN LiveBIG 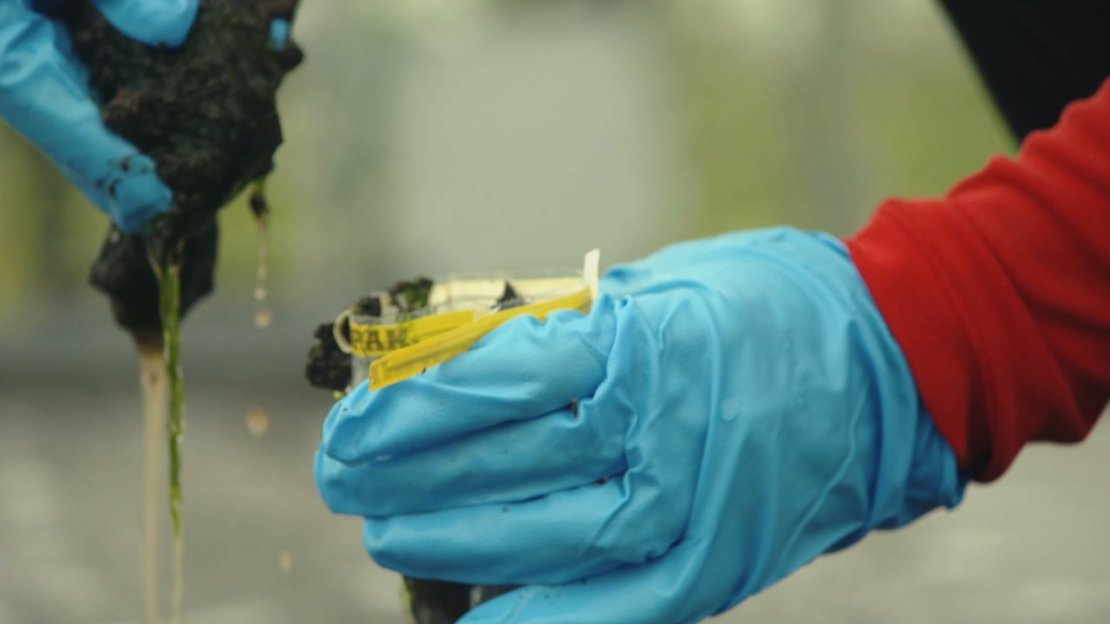 As the name implies, that is the field of research that explores how we can harness various forms of waste material to create renewable energy, using the resources that we have readily available to create a sustainable product to power our lives.

On its own, that is a rather noble endeavor given our changing climate and need for more diverse sources of energy. But Lansing is taking it one step further, working to generate renewable energy while also cleaning up a crucial ecosystem.

?In the Chesapeake Bay, there?s actually too many nutrients in the water,? says Lansing. ?So, we get a large amount of algae produced, that algae dies and when it decomposes it takes away the oxygen. What we?re doing is growing algae, but we?re doing it in a controlled manner, so that we can actually harvest the algae and it doesn?t decompose in the bay. Instead, we harvest it and we utilize it as a resource because that algae has carbon in it and that carbon can be used as energy.?

The nutrients, particularly nitrogen, phosphorous and ammonia, come from many sources: fertilizer spread on lawns and fields, runoff from livestock operations and even car exhaust. No matter the source, their downstream effects are wreaking havoc on the bay, creating dead zones that are expanding every year. Those dead zones have not just an environmentally deleterious effect, but an economic one as well, as fishermen and crabmen across the region have seen their annual hauls dwindle.

The system developed at Maryland works by drawing water out of the bay and filtering it through what are known as algal turf scrubbers, large mesh ramps of biomass that clean the water before it is returned. While this part of the equation has been around for a number of years, it was Lansing and her colleagues, including associate professor Patrick Kangas, that began to investigate how to best utilize the algae at the end of its lifecycle.

When early research into using the algae to produce bio-diesel proved unfeasible, the scientists decided to place the algae into bio-digestors - full of bacteria similar to what is found in the human gut - that would break down the substance. They then measured the quantity and quality of the gases produced during the process.

?We put [the algae] into our lab digesters and saw how much bio gas we got out, and we were actually pleasantly surprised with the results,? Lansing explains. ?We were able to get funding to scale up the system and create the first model of a complete system where we go from nutrient removal and algal growth into anaerobic digestion with the bio-gas production.?

Specifically, the system off-gases a bio-gas that is rich in methane which can be used in fuel cells for the production of electricity. The system has the added bonus of re-oxygenating the water before it is returned to the bay and sequestering carbon dioxide from the atmosphere.

While the Maryland system is still in the pilot stage, it generates enough electricity to fun floodlights and power laptops and other small electronics. On a larger scale, Lansing conjectures, the technology could be applied to ships that ply the Chesapeake using the ballast water they already draw in to supply an onboard turf scrubber and bio-digestor system. The electricity could then be used at sea to power lighting arrays, emergency equipment and navigational hardware.

With plentiful nutrients plaguing the bay, the sky is the limit when it comes to growing the University of Maryland?s system and implementing others like it around the waterway, Lansing says. ?If we double this, triple this capacity, we can grow algae, we can take that algae and put it into digesters. We just need to double and quadruple the size of the digesters and then that doubles, quadruples the size of the output in terms of the energy production. So, the entire thing is scalable, because we have the water resources around. There?s plenty of pollution in the bay that we can utilize to grow the algae.?