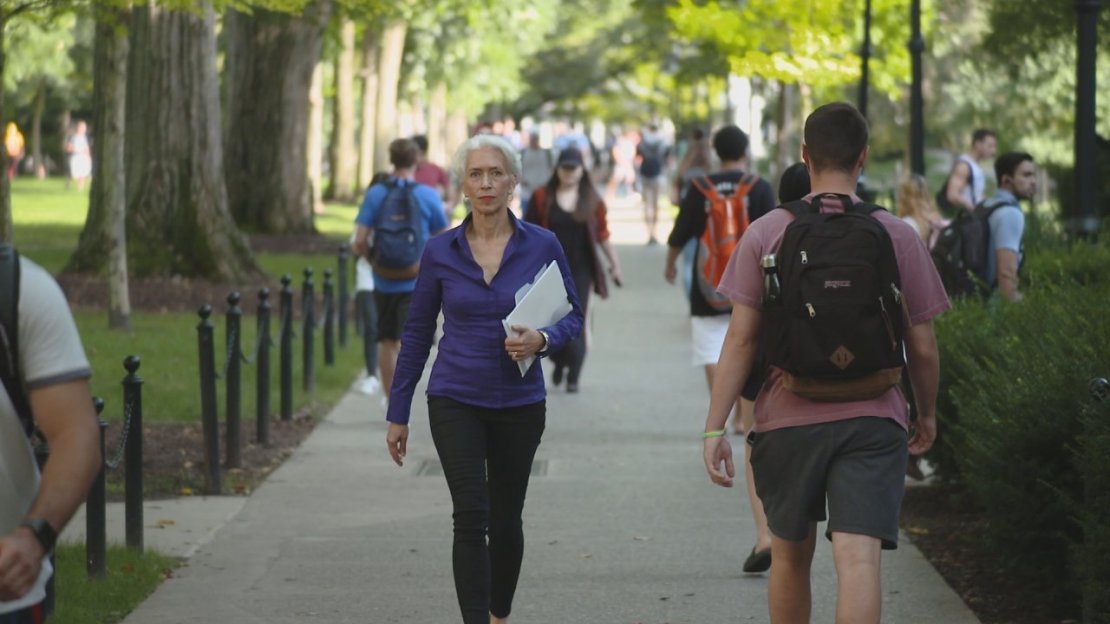 The scientific consensus is that modern humans emerged roughly 300,000 years ago in equatorial Africa. Around 100,000 to 80,000 years ago, our primitive hunter-gatherer antecessors began to migrate out of the continent, across vast expanses to the far corners of the Earth. For some, the lands they encountered and eventually settled stood in stark contrast to the extremely sunny climes where they first evolved.

?Nature?s way of coping with ultraviolet radiation is simple, it?s to put a natural sunscreen between the inside of your body and the sun and that natural sunscreen is the pigment called melanin,? explains Nina Jablonski, the Evan Pugh University Professor of Anthropology at Penn State. ?But populations that live outside of the tropics actually need to have less melanin in their skin in order to favor the production of Vitamin D, under reduced sunlight conditions.?

For Jablonski, the science of human pigmentation has long been an area of intrigue. Her research has sought to deepen our understanding of the exact causes for humans the world over to have, as she puts it, such ?naked and colorful skin.?

?Back in 1991, I was asked to give a lecture on skin at the University of Western Australia, where I was working and I thought, ?I want to talk to the students about the evolution of skin,?? Jablonski explains. ?I started digging in my literature. I thought there certainly has got to be something here about the evolution of skin color because this is a such a fundamental aspect of our bodies, so important to our biology and to our interactions with one another, and I dug and dug and dug and found precious little.?

While the observation that the sun?s ultraviolet radiation may play a role in the evolution of skin pigmentation has before been made, until recently precise information pertaining to that correlation wasn?t available. Jablonski, however, was able to access detailed NASA satellite data and models that, for the first time, strongly support this hypothesis.

Another reason that skin has lacked an extensive, historical study is its relatively ephemeral nature, notes Jablonski.

?Anthropologists like myself usually study bones and stones; things like skin and muscle don?t preserve,? she says. ?So, a lot of people just have ignored skin and haven?t really thought about its importance in our evolution, but I recognized, skin is not only our largest organ; it?s our major interface with the environment.?

As primates, we are highly visually-oriented animals. We look to a person?s color to tell us more about them, such as their health or where they might be from. But we are unique in that we put value judgments on what we see about a person.

?We make those assessments as a result of our cultural exposure and experience,? Jablonski says. ?It?s important to recognize that these categories that we call ?races,? were actually formulated by people. They?re not naturally occurring entities.?

Our western ideas of race as it equates to color were largely formulated by European intellectuals in the seventeenth century who had little to no cross-cultural interaction with non-Europeans. It was a philosophy that was readily embraced by early colonist in America as it could easily be used as a defense of the trans-Atlantic slave trade and the institution of chattel slavery.

For Jablonski, explaining the biological underpinnings of skin color is crucial to undoing the damage wrought by centuries of uninformed racial theories and pseudoscience.

?The equation of human worth with skin color was one of the most dangerous and long-lasting fallacies that humans have ever created,? she says. ?We live with that fallacy every day and it is now our responsibility to interrogate it and get rid of it.?