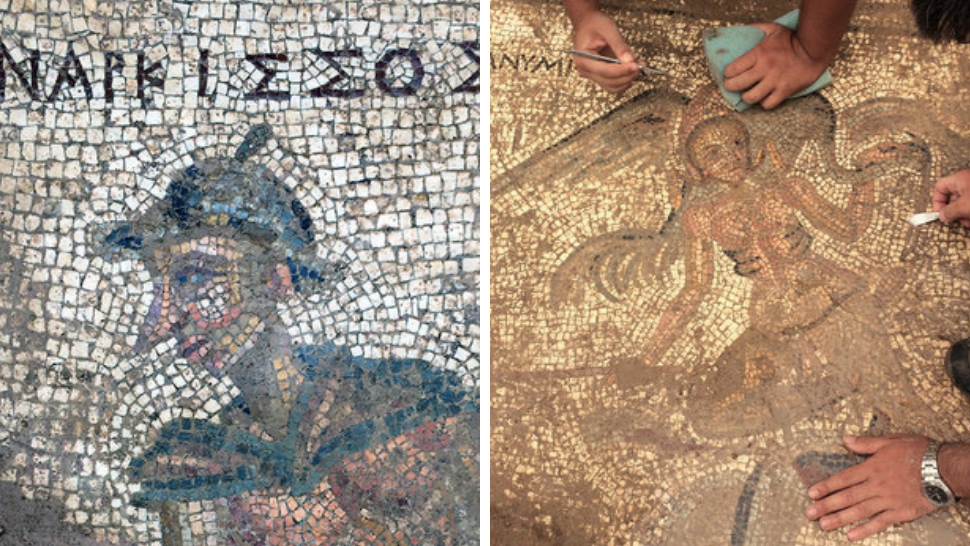 A notable exception, though, would be when the restroom in question is at least 1,600 years old and contains some of the most stunning and well-preserved examples of Roman Empire-era mosaic work.

Antiquarians from the University of Nebraska have uncovered just that in the ruins of the ancient City of Antiocha ad Cragum, located in modern Turkey. While excavating a latrine connected to the city's Great Roman Bath Complex, the international team investigating the site found the intricate - and ribald - art that once festooned the floor of the facilities.

"When we excavate a city like this, we sometimes forget about the human factor - that this was a city of people, not just of things," he said. "What we find is things, but this is really a reminder that there were real people involved in this story and they had a sense of humor. It's a humanizing factor that made our find even more exciting."

The latrine mosaic isn't all that the team has come across during their extensive excavations of Antiocha ad Cragum. Previous finds include the largest Roman mosaic in Turkey in what was once a pool along with a cache of coins suspected to be pirate treasure and an ancient murder victim who was disposed of in the nearby bathhouse.

To learn more about the work being done at Antiocha ad Cragum, please check out Nebraska Today's full article here.