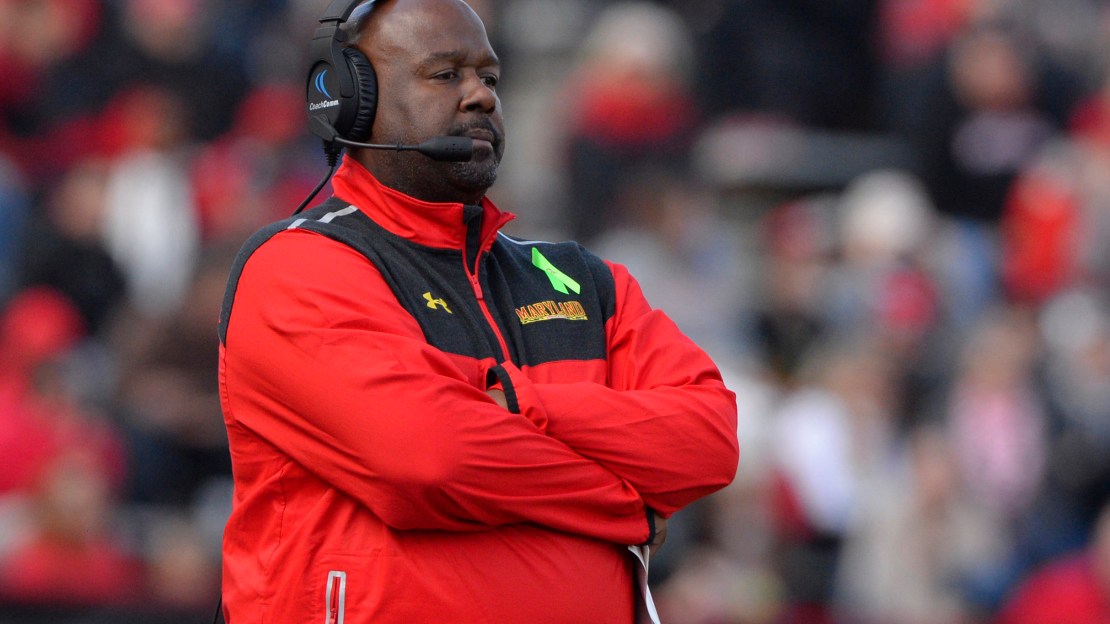 Maryland Football announced the hiring of Michael Locksley to be its head coach Tuesday. Locksley spent the last three years as an assistant on Alabama's offensive staff and had previously been on the Terrapins staff for a total of 10 years. The school issued the following release with news of the hire:

Locksley, a Washington, D.C. native with deep personal and professional connections to the area, brings over 20 years of coaching experience, including two separate stints at Maryland, totalling 10 years with the Terps. A press conference is planned for Thursday.

The winner of the 2018 Broyles Award, given to the nation?s top assistant coach, Locksley has spent the last three years working under Nick Saban at the University of Alabama. He served as the Crimson Tide?s co-offensive coordinator and won a national championship last season before being promoted to offensive coordinator in February of 2018 and helping Alabama return to the College Football Playoff.

?As we narrowed the search for the individual best suited to lead our program, Michael not only stood out for his talent as a coach, but most importantly for the role he has played as a mentor to student-athletes throughout his career and his deep commitment to helping them grow into leaders on and off the field,? said Evans. ?On the field, Michael orchestrated one of the country?s most prolific offenses at the University of Alabama and has long been regarded for his recruiting prowess. Today he was recognized as the nation?s top assistant coach in the country, and I?m excited for him to be leading our program.?

?I am thrilled to be returning home and to have the opportunity to lead the Maryland Football program,? said Locksley. ?This has always been a special place for me and my family, and I am honored to take on this role at the state?s flagship institution. Our goal is to create an atmosphere and environment focused on the total development of our student-athletes. Our focus will always be to help them become more successful in all areas of their life through their association with our program.

?I have been tremendously impressed at how the team came together through a difficult season and honored their fallen teammate, Jordan. We are all in this together, and I look forward to rejoining the Maryland family. Thank you to Damon Evans, President Loh and the entire Terrapin community for this opportunity.?

In 2017, Locksley coached the Alabama wide receivers, who combined to catch 128 passes for 2,059 yards and 19 touchdowns, led by First Team All-SEC selection Calvin Ridley. Ridley hauled in 63 passes for 967 yards and five touchdowns in his junior season. Locksley spent the 2016 season on the Crimson Tide's staff as an offensive analyst.

Prior to Alabama, Locksley served as Maryland?s offensive coordinator and quarterbacks coach from 2012-15. He was named the Terps interim head coach for the final six games of the 2015 season. During his first stint at Maryland (1997-2002), Locksley enjoyed success both recruiting and grooming players in College Park. He oversaw the running backs during his entire tenure, including the final five as recruiting coordinator.

In 2013, Locksley guided an offense that eclipsed 5,000 yards (5,160) for only the fourth time in program history and the first time since 2003. The passing game excelled that season, totaling 3,231 yards for the third-highest total in school history.

Known for his strong recruiting skills, Locksley was listed as a top-25 recruiter in the nation three different times (2003, 2005, 2006) and was a finalist for 2007 recruiter of the year by Rivals.com. He also engineered top-10 recruiting classes during each of his two seasons (2003-04) as running backs coach and recruiting coordinator at the University of Florida.

Locksley played safety at Towson University, where he was the team's defensive MVP as a senior in 1991. He finished his career ranked 19th on the school's all-time tackles list and graduated with a bachelor's degree in business administration and marketing.

Locksley and his wife, Kia, have four children: Mike Jr., Kai, Kori and the late Meiko.