Meet the Wisconsin botanists whose work is truly out of this world: BTN LiveBIG 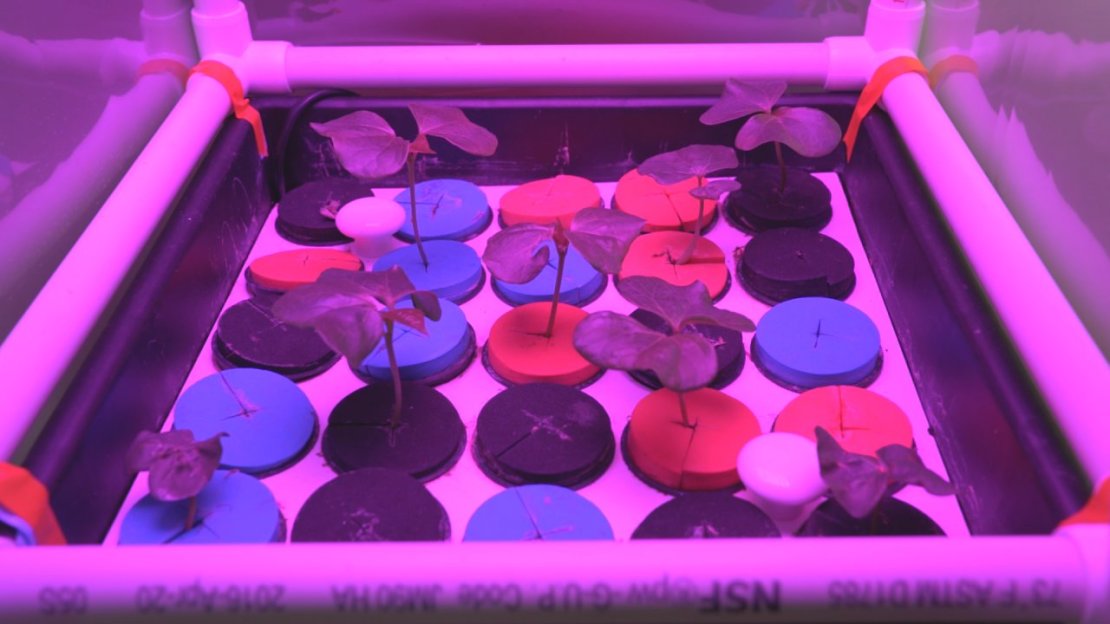 On April 12, 1961, Yuri Gagarin opened his lunchbox. Inside, he had three aluminum tubes, two filled with pureed meat and one with chocolate sauce. A peculiar lunch, indeed, but for Gagarin it was a peculiar day. He was in the middle of the first human spaceflight, and his less-than exciting spread was the first meal consumed in space.

We?ve come a long way in outfitting astronauts with more appetizing and healthier foodstuffs since that fateful day. But, aside from some experimental vegetables grown aboard the International Space Station by Scott Kelly, our first space farmer, space food has remained of the frozen, dried and vacuum-packed variety.

That could change in the relatively near future, though, thanks to the work of the University of Wisconsin?s Gilroy Astrobotany Lab. There, researchers, keenly aware of humanity?s need to explore further into space, are working to make fresh food harvested in the hostile environment of low to zero gravity a workable reality.

?If humanity is to become a multi-planetary species and have people living and working on the moon and on Mars, we need to ensure that we can grow food locally for them.,? explains Richard Barker, a research scientist with the Gilroy Lab. ?Because, everyone knows that healthy food is grown locally and seasonally. So, we want to ensure that astronauts remain healthy in orbit and we want to help them grow their food locally.?

As Barker notes, humans have for millennia innovated agriculture on Earth to suit our needs. Yet, space presents a host of challenges that cannot be accounted for on the surface of our world. The most significant of these is the reduction in gravity, which effects nearly all terrestrial life once in space.

?So, when you remove gravity, strange things happen to biology,? Barker says. ?Astronauts? bone and muscles deteriorate, and equally in plants the fibers that keep them structurally solid also deteriorate.?

If that weren?t trouble enough, gravity?s role in the convection of atmospheric gases on Earth also leads to problems in outer space gardens. As hot air rises and cool settles, it moves around a plant replenishing it with the oxygen and carbon dioxide it needs. Absent gravity, the air stagnates around a plant, creating a depleted zone that is less than conducive to life.

Gilroy Lab researchers have sent numerous experiments into orbit to test plant resilience in face of the harsh conditions of spaceflight. Side by side, they have, with the help of NASA, grown wild plant varietals and genetically modified strains specially calibrated for the conditions. The performance of the lab?s cultivated plant types, Barker says, has far outstripped the wild samples.

?We're the first lab to genetically engineer plants for the spaceflight environment and have an increasing yield as a result of that,? notes Barker. ?We've been doing that in our model plant, Arabidopsis Thaliana, and we plan in the future to transfer this technology to edible crop species, like nice, yummy leafy greens that are high in antioxidants to help keep the astronauts healthy and safe on these great adventures.?

The work of the Gilroy Lab is not limited to space, though. Experiments in developing more resilient crops can have a huge impact back home, especially in light of our rapidly changing climate. As water performs differently in low gravity, many plants grown in space exhibit flood response characteristics. Understanding and encouraging adaptation could lead to plant varietals that can survive flood conditions on Earth.

On opposite end of the spectrum, the Gilroy Lab is working with on a project to create cotton plants that can thrive in drought conditions. One of the most water-intensive crops on the planet, drought-resistant, efficient cotton would mean possibly billions of gallons of precious water freed for other uses every year.

Barker is quick to note that the work the Gilroy Lab is doing isn?t confined to the upper echelons of academia and the space science community. Rather, the team uses their data to excited and inspire young minds back on Earth.

?We like to share that excitement we get from working with NASA with the local community,? Barker explains. ?So, we have high school students and undergraduate students that regularly come to lab and set up experiments, to investigate some of the patterns we see. We've been taking the data that we've learned from spaceflight and the excitement associated with that and translating that to real world benefits for communities here in Madison. One way is some of the educational programs we've been setting up in some of the local schools and youth clubs. Education is incredibly important for the future of humanity. We need a science literate population so we can make informed decisions about how our society grows in the future.?