Thanks to Ohio State, Bob's as healthy as a horse: BTN LiveBIG 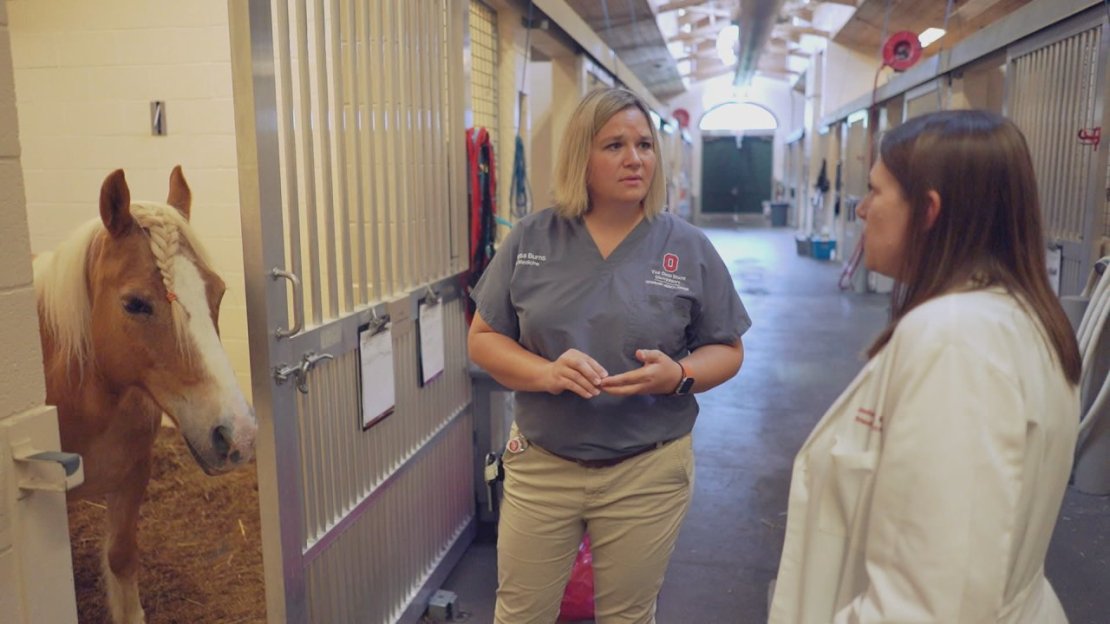 The scope of The Ohio State University?s medical programs is, to say the least, impressive. Every year, nearly 800,000 patients are treated in the Wexner Medical Center, the Comprehensive Cancer Center, the Brain and Spine Hospital and the Ross Heart Hospital, to name just a few of the healing and research centers in the university system.

Yet, as expansive as the suite of human-focused medical programs at Ohio State are, there remains one important, if a bit unexpected, partner in the university?s arsenal of health: the College of Veterinary Medicine.

And, nowhere is that more evident in the case of Bob the Pony.

Luckily for Burns, the veterinary medicine team and, most importantly, Bob, Ohio State is home to some of the nation?s leading hematologists - doctors who specialize in diseases and cancers of the blood. Chronic lymphocytic leukemia, while rare in horses, is fairly common in humans and it is the primary research focus of Drs. Jennifer Woyach and John C. Byrd. So, when Burns was looking for ideas on how to best treat Bob?s illness, it made perfect sense to turn to the experts.

?This collaboration, like many collaborations that happen here in this sort of mixing vessel that is Ohio State, came up sort of by chance,? notes Burns. ?I happened to be at a meeting, sitting next to a hematologist. I happened to ask her what they routinely do for relapsing chronic lymphocytic leukemia in people and that afternoon, after speaking with her, I had an email address for Doctor Byrd and Doctor Woyach and we had started this collaboration. It was an accident, but those kinds of things happen all the time here, just because of the proximity of our seven health sciences colleges, and the fact that there?s a lot of crosstalk between all of them.?

Woyach and Byrd were able to steer Burns in the direction of a drug, Ibrutinib, that has proved to be highly-effective in humans. The medication also has a history at Ohio State, as it was tested while in clinical development on both human and canine patients at university facilities.

?We?ve had a longstanding collaboration with the College of Veterinary Medicine,? says Woyach. ?One of the most exciting things for us is that we have a lot of experience testing drugs in animals and then taking them into human patients. Now we had the opportunity to actually take a drug that we know works well in humans and take it back to an animal.?

For his part Bob is responding well to the Ibrutinib regimen. And, due to the rarity of his disease and the effectiveness of his treatment, he has become something of a VIP in the Galbreath Equine Center at the College of Veterinary Medicine. He even became known as the grandpa of the center due to his proximity to the neonatal ICU and his affectionate behavior towards the newborn foals he saw every day.