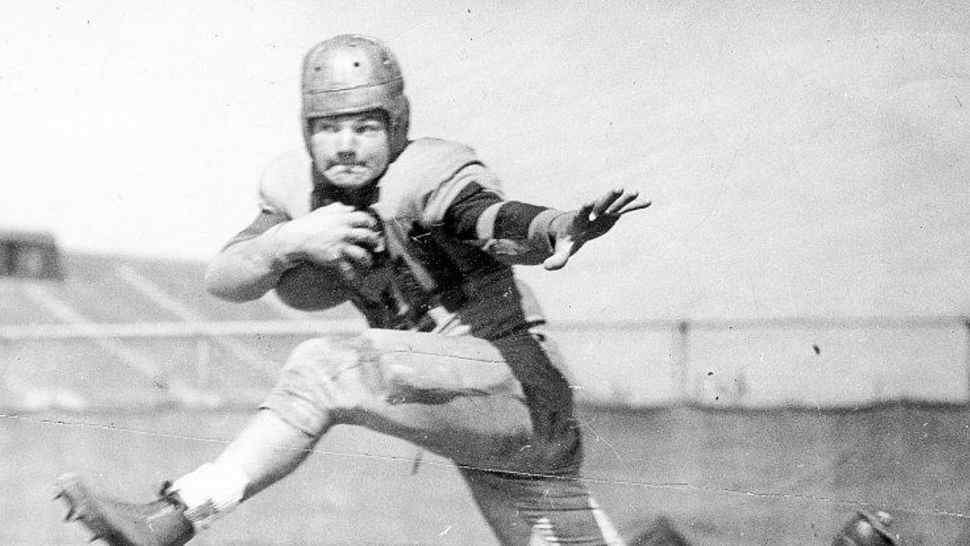 Seven days before his 25th birthday, on a training mission above the waters of the Gulf of Paria off the coast of Venezuela, Nile Clarke Kinnick Jr.?s Grumman F4F Wildcat started to bleed oil. Short of his aircraft carrier, the USS Lexington, and shorter still of land, the young pilot, law student and famed Heisman Trophy winner from the University of Iowa began to maneuver his plane for an uneasy water landing. When the rescue boats arrived, all that they found was an oil slick.

Before he gave his life for his country on June 2, 1943, Nile Kinnick Jr. was the quintessential all-American kid from the heartland. The grandson of a former Governor of Iowa, he was the embodiment of the hard-working, praise-deflecting Midwestern ethos, a person who put the interests of others well before his own and who viewed personal deficits as mere signposts on the road to self-improvement. 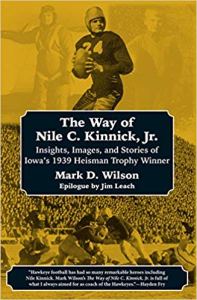 The University of Iowa?s devotion to Kinnick is evident; the home of the Hawkeyes bears his name, and the story of his life and times is the stuff of legend in and around Iowa City. But, in his recent book The Way of Nile C. Kinnick Jr., first-time author Mark D. Wilson decided to let an often-unheard narrator weigh in on the life of Kinnick: the man himself.

Wilson?s book, which is studded with stories from his own life and experiences as an admirer of Kinnick, is largely culled from diaries that the young man kept as a student, athlete, aspiring lawyer - or politician, if some are to be believed - and finally as a patriot ready to defend the country he loved.

Recently, LiveBIG got the opportunity to speak with Wilson, a retired teacher and alumnus of the University of Iowa himself. We asked him to ruminate over some choice Kinnick quotations and give us his unique insight into the meaning behind these words of wisdom from such a young and promising individual gone too soon.

?It is very sobering to realize just what the future holds for a boy my age. On the other hand, it is a practical challenge to a man?s courage and personal integrity.?

In Nile?s quote, two key words that stand out and capture my attention are COURAGE and INTEGRITY. For my purposes, I can easily substitute the word ?man? for ?boy? to put his insights into perspective for me. During the time I was trying to finish my compilation of Kinnick quotes from years of researching his letters, journals, and diaries, I was diagnosed with a rare cancer. I didn?t know what the future held for me, for a MAN my age. How was I going to deal with this?  Like Nile, I found courage by staying spiritually, physically, mentally, and socially fit, eventually naming these my ?Quadrant of Life.?

Everyone, young and old, has challenges they have to face on a daily basis. Nile was a young man who was indecisive about his future and what he would do after graduation and military service in the Naval Air Corps Reserve. Nile considered various options, but kept foremost in his mind his desire to serve his fellow man in some capacity.

When Nile won the Heisman Trophy for being the best college football player in America in 1939, he was chosen because his performance exhibited a pursuit of excellence with integrity. Kinnick epitomized the great ability he had that was combined with a heart of determination, perseverance and a strong work ethic that was beyond reproach. Nile did things the right way, not compromising his behavior to get ahead. His approach to the uncertainty of his future offers students, athletes, and leaders of today a guideline to follow.

?If a man would grow in character his battle with self must be unceasing.?

There are so many temptations in our current society that can lead us in the wrong direction and affect the kind of person we become. As Nile said, it?s an unceasing battle to grow or maintain character considering all the decision-making we do daily. Unfortunately, Nile?s life was cut short at the young age of twenty-four during World War II, but he tried to live a life of integrity with an attitude that it was important to maintain high standards of behavior and honesty. Kinnick was a religious man, kept his body in great shape, studied hard and placed himself around people who were positive and supported him. To stay strong and to continually evaluate his own character was not a simple task, but Nile had a never-give-up attitude. His views on meeting life?s challenges are applicable for all of us today and possible to attain.

?Nothing worries and wearies a man so much as trying to achieve certainty in human affairs.?

There is no absolute certainty in what one thinks or plans to do about decisions and choices. There will always be some uncertainty, doubt or skepticism about human matters, concerns or things that one does and thinks about. But we try to do the best we can, weigh the pros and cons, adjust for weaknesses, and hope for a positive outcome. Decision-making can be a difficult process, especially for young people who worry about making the right choice particularly in thoughts about the future. Nile?s quote assures them they are not alone in their thinking.

?Well, the Heisman has come to me. Be that as it may, it really is a tribute to a fine Iowa squad and a great coaching staff. I wish we might have gone to New York to receive it together. Goodbye, 1939. There will be never another season like you.?

Nile was a man who accepted his accolades with humility and set the standard for excellence as a scholar and athlete. He praised his teammates and head coach Eddie Anderson, but Nile wanted to say goodbye to 1939, his Heisman Trophy year and all-American status. Football was now an afterthought. It?s been said that many things will capture your attention, but pay attention to what captures your heart. Kinnick wanted to pursue what he felt was in his heart; that was to help those less fortunate than he. Nile wanted to change directions and felt there would never be another season like 1939, a season when he won the Heisman and broke fourteen Iowa football records. The political arena was his game now, not the gridirons of professional football. It?s as though Nile is telling others to follow their dreams and pursue what feels right for the future. Move on, don?t dwell on the past, but use your experience to further your goals.