A Rutgers student is painting a proper place in history for trailblazing women: BTN LiveBIG 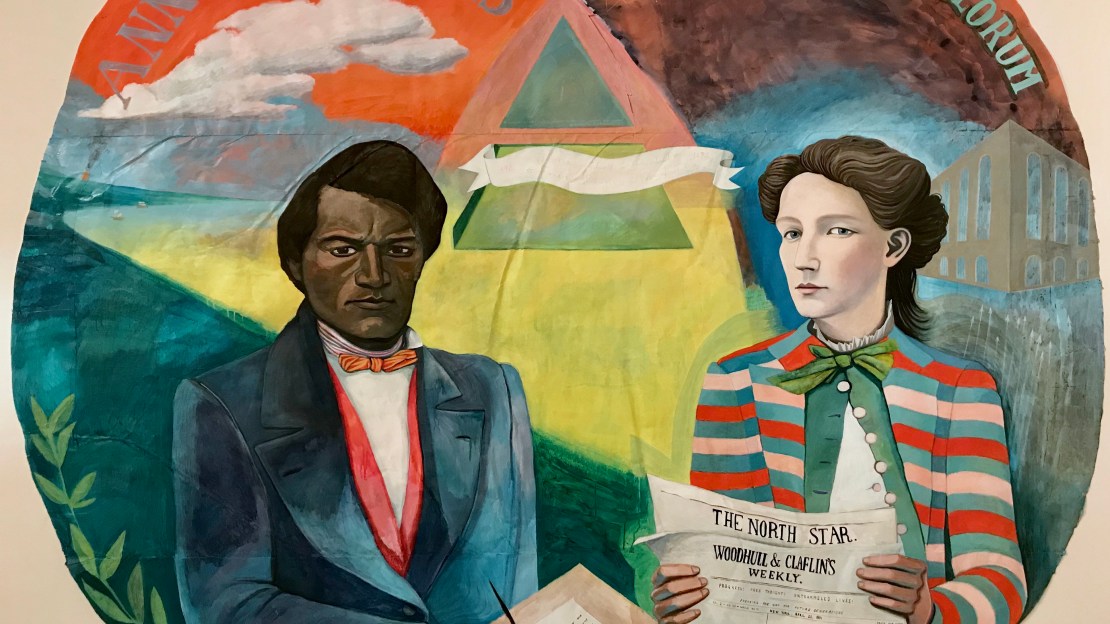 Last night's midterm election was a stunning victory for a diverse range of candidates across the nation. Alexandria Ocasio-Cortez became the youngest woman ever elected to Congress. In Colorado, Jared Polis is set to become the first openly gay governor in US history. Ilhan Omar will be seated as the first Somali-American in Minnesota's 5th House district.

Given these wins, it would be easy to assume that the slating of such a broad spectrum of citizens for office was not but a current trend. By and large, you'd be correct in this assumption, but that doesn't mean that past election cycles have been completely devoid of candidates who stood in contrast to the stark homogeneity of the political class.

In her new project, artist Valerie Suter, a student in Rutgers University's Mason Gross School of the Arts, is bringing to life the images of the 75 women who have run for the office of President of the United States. Though they came from myriad backgrounds and their platforms mirrored that diversity, they all shared the goal of creating a representative democracy that more closely resembles the people it governs.

"In my work as an artist I?ve been increasingly interested in painting subjects who are embedded in particular historical/social/political contexts so as to question ideas and issues that feel urgent today," Suter said, via email. "I began painting women who have run for the U.S. Presidency in 2016, in the months leading up to the presidential election. When I started researching this history it was jarring to realize how many women have run — over 75 — and how little-known most of them are. There is a relative dearth of imagery and detailed history about women who have run, especially in the years before women could vote, and it felt imperative to try to bring them to life by painting them and introducing them to viewers."

Suter exhaustively researches each candidate, pouring over newspaper clippings, campaign archives and news footage, to build as complete as possible a profile and image to inform her art. She plans to further pursue archival research in Washington DC, with a goal of completing a exhibiting her paintings in 2020, the centennial anniversary of the 19th Amendment, which struck down voter discrimination on the basis of gender.

"Needless to say, there is so much to learn from these individuals and their stories and so much worth being remembered and commemorated on a public scale," Suter noted. "I think it?s crucial for present and future progress to look more closely at what many of these people did despite insurmountable odds and obstacles, and to give more consideration to the complexities of the battles they fought in the past.

"The idea of a female American President has a symbolic significance that is impossible to ignore and although much of the history is difficult to swallow, its trajectory is auspicious. Learning about the various individuals who were able to gain political traction in their era offers moments of hope for the continued efforts of individuals to challenge convention and pursue an ambition of this scope with confidence despite the absence of established precedents. The fact that people like Shirley Chisholm are well known and admired today is heartening, and learning about the lives of the myriad other women who have run as I continue to work on this project is incredibly inspiring."