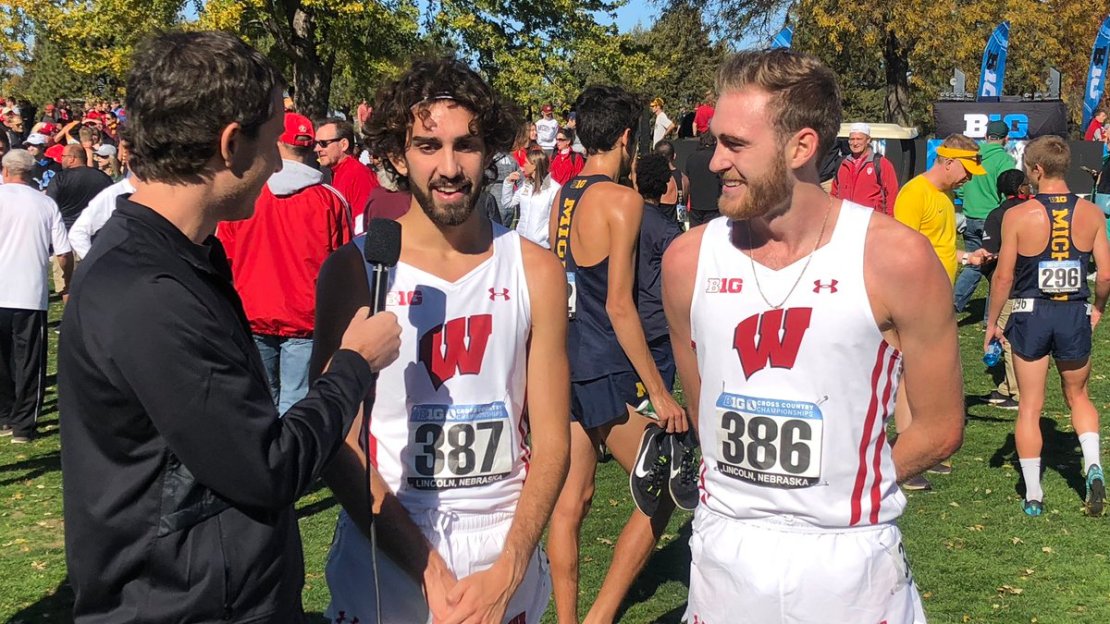 The Michigan women?s cross country program earned its 12th Big Ten Championship and third in a row on Sunday, registering 57 points and placing all five of its scoring runners in the top 20 at Mahoney Golf Course in Lincoln, Neb. The Wolverines are the first Big Ten squad to win three consecutive Big Ten titles since they won five in a row from 2002-06.

A replay of Sunday?s race will be televised on BTN at 8 p.m. ET Monday.

Wisconsin junior Alicia Monson took the individual Big Ten Championship, covering the 6K course in 19:49.3, the fifth-fastest time in meet history and more than nine seconds ahead of runner-up Aubrey Roberts of Northwestern, along with more than 23 seconds clear of third-place finisher Avery Evenson of Michigan. Monson, who won her third race of the season, also became the 11th Badger student to claim Big Ten medalist honors and the first since 2001, when Bethany Brewster took the title.

Michigan State finished in second place in the team competition with 75 points and had two runners in the top 10, led by Maggie Farrell, who placed fourth individually with a time of 20:13.7. Wisconsin took third in the team standings (89 points), helped by Monson?s individual title, while Penn State wound up fourth (103) behind its leading finisher, Julia Paternain, who placed 10th in 20:22.9.

Indiana rounded out the top five in the team event with 110 points, with two Hoosiers finishing in the top 10, led by last year?s medalist, Katherine Receveur, who crossed the line in sixth place in 20:14.3.

The Wisconsin men?s cross country program secured its 49th Big Ten Championship and first since 2016 on Sunday, tallying 38 points while seeing all five of its scoring runners (and one of its non-scoring runners) finish in the top 20 at Mahoney Golf Course in Lincoln, Neb.

The Badgers, who posted a 1-2-4 finish in the individual race, recorded the best team score at the conference meet since 2012, when they registered 33 points in a winning effort. Wisconsin?s 50-point margin over second-place Purdue was also the eighth-largest in Big Ten Championships history and largest since 2009, when the Badgers finished 65 points ahead of Ohio State.

A replay of Sunday?s Big Ten Championships will be televised on BTN at 8 p.m. ET Monday.

Wisconsin senior Morgan McDonald earned its second individual Big Ten Championship in three years, completing the 8K race in 23:26.4, the fifth-fastest time in meet history and nearly three seconds ahead of his teammate and last year?s medalist, Oliver Hoare and almost 13 seconds clear of Nebraska?s George Kusche. McDonald, who also won the 2016 Big Ten title before missing last season due to injury, claimed the 33rd Big Ten individual title for the Badgers and became the first Big Ten student to win conference titles in non-consecutive seasons since Michigan?s Kevin Sullivan in 1995 and 1997.

Purdue?s second-place finish in the team competition (88 points) was the Boilermakers? best since 1985 when they also finished second. Purdue had two runners in the top 10 on Sunday, led by Jaret Carpenter, who ended up fifth individually after clocking in at 23:44.1.

Indiana (108) took a tight three-school battle for third place, edging out Michigan (109) and Michigan State (111). The Hoosiers were led by seventh-place finisher Kyle Mau (23:44.3), while the Wolverines? pace-setter was Jordan Hewitt, who placed 13th in 24:03.2. The Spartans? top finisher was Justine Kiprotich, who ended up in sixth place in 23:44.2.