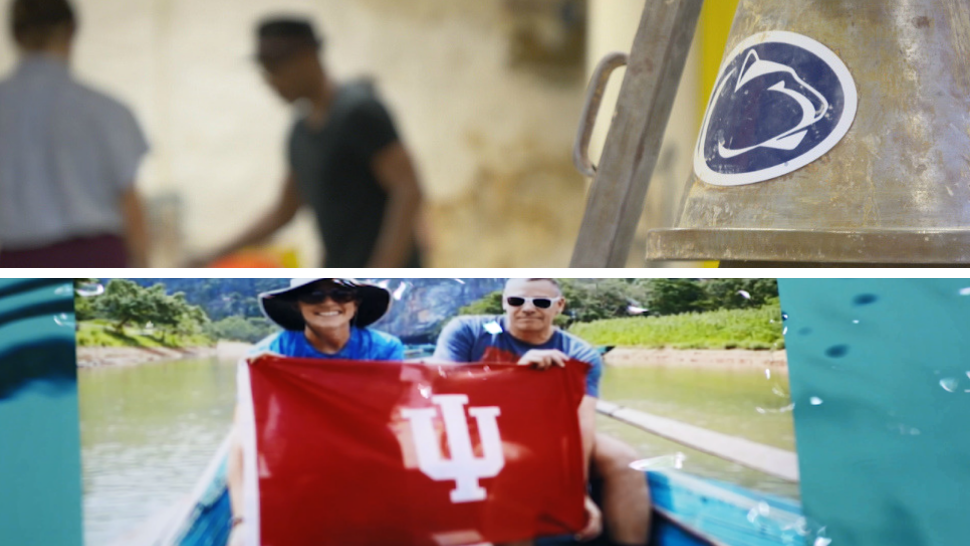 Last week, we rolled out our Research Rumble series, a winner-take-all, no-holds-barred battled of brainy brawn where two amazing universities enter and only one? wait, no, they both leave, because they?re still amazing Big Ten universities. This is just a fun way to shine a spotlight on the amazing work and research being done at our  institutions. It?s just that when we get talking about Research Rumble we get PUMPED and take it too far!!! See, did it again.

This week, be prepared to say ?Lions and Hoosiers and Water, oh my.? That?s right, we?re focusing on two water-based stories from Indiana University and Penn State.

In one corner, we?ve got artists using their skills to create deceptively simple clay water filters that can easily be crafted, using widely-available supplies, in remote areas of the world to ensure safe water is accessible to all.

In the other, a university steeped in swimming is working across the globe in Vietnam to spread a message of open water safety to children, parents and teachers with the goal of lowering youth drowning rates.

Now, without further ado, let us now prepare ourselves to RUMBLE!!!!!!!*

As a medium, clay is ubiquitous; a common material for artisans and builders worldwide. Humans have been working with the substance for around 26,000 years, shaping it with water and hardening it in fiery kilns.

One of the interesting properties of pottery made from clay is that for as rigid as it becomes, it remains porous. Fill a crude clay jug with water and that liquid will slowly seep through the walls. As it does, the water is naturally clarified by traveling through the near-microscopic holes in the clay.

It?s a process B. Stephen Carpenter II, a professor of art education and African American studies at Penn State, thinks may be able to change the world.

How Indiana is teaching kids to swim safely in Vietnam: BTN LiveBIG

Vietnam is intrinsically linked to the water. From H? Long Bay to the Mekong Delta, the nation?s coastline stretches over 2,000 miles along the Gulf of Tonkin and the South China Sea. Inland, rivers such as the ??ng Nai, the Han, and the Ti?n snake through the countryside and supply water to flood the rice paddies that dot the rural landscape.

Yet, despite the abundance of access that the Vietnamese have to water, they have one of the highest rates of youth drowning anywhere in the world. This fact struck Indiana University alum Beth Kreitl, who visited the country alongside her husband as volunteers for the organization Swim for Life Vietnam.

?There?s about 32 children a day that die from drowning,? says Kreitl. ?People use the water to travel to and from work and school. There?s also a big fishing industry and there are rice paddies, but there isn?t the infrastructure to teach children how to swim.?