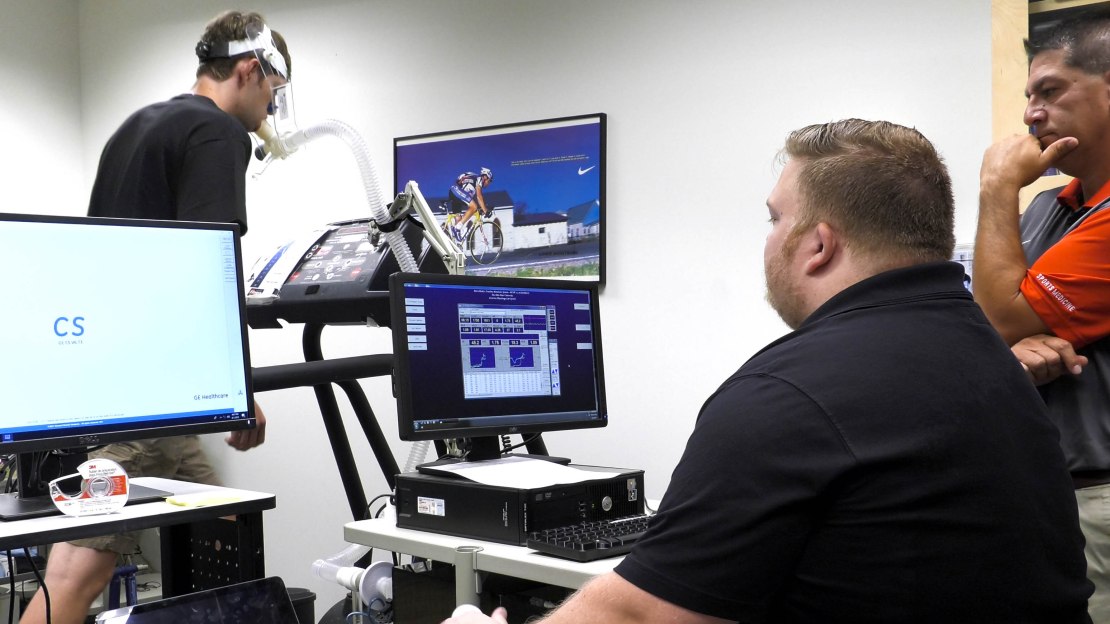 Parents are going to have a much harder time making the argument that their kids are wasting time by playing video games.

With the recent announcement of a first-of-its-kind program at Ohio State, esports are stepping into the spotlight.  Gone is the tired cliche of zoned-out teenagers sitting mindlessly for hours in the glow of the TV. Today?s gamers are highly competitive, strategic thinkers of all ages – who now have higher education programs that can facilitate a rewarding career while they pursue their passion.

Ohio State is joining a growing field of universities that are embracing the world of esports in athletics, but they?re not stopping there, embracing the discipline on an unparalleled academic level. The school is in the final stages of construction on an 80-seat, state-of-the-art esports arena, bolstered by a curriculum that spans five colleges across the university – including the Wexner Medical Center, which will study gamers? bodies and brains.

Deborah Grzybowski is the co-director of the Ohio State game studies and esports curriculum development and an associate professor in the College of Engineering, Department of Engineering Education. She says that developing this program is a natural next step for the university.

?When there?s something you?re passionate about and and there are jobs waiting to be filled, it creates an opportunity,? says Grzybowski. ?Research shows that if a person is very passionate about what they're studying, they?re going to do better, and do better in their job too. With all the resources we have available to us (at OSU), it just makes sense to capitalize on that technology, skill and expertise.?

As they develop the program curriculum, Grzybowski explains that it?s important to look at all sides of gaming, including the academic, competitive and entertainment sides. This holistic view will guide the university in making sure they build a degree that will lead to a job.

There?s excitement in giving students as many opportunities as possible to be a part of an industry that?s not slowing down anytime soon. Grzybowski said they will incorporate coursework in all areas of gaming, including game development, event management and production, broadcasting, marketing, and business.

?How do we help these individuals do what they like to do, become very good at it, and maintain that for as long as they can in a healthy fashion?? asks Onate. ?If we were to look at running 100 years ago, nobody was sitting there going, ?Let's go do a marathon.? I know that people, especially the older generations, try to knock it down, but I just see [esports] as the next sport. It's no different than football in 1910. These players are working their normal job and [playing football] afterwards, and eating whatever, not lifting. Is that where we're at? We don't know, but we won't know until we do the science on it.?

Onate said that they will look closely at injury prevention and performance enhancement, acknowledging that there are unique aspects to being an esports athlete. ?We wouldn't be looking at bench press capabilities for a swimmer, or 40-yard run time for a diver. Well, in these athletes we?re looking at cognitive attention, dual task and vision, as opposed to a vertical jump.?

While there are obvious differences, Onate explained that there are similar qualities that esports athletes share with traditional athletes. ?We will have to try to decipher what the fatigue and workload recovery ratio is. If we?re looking at runners, they would have a day off, or we?d switch out our sprints to our interval or long-distance training. We don?t know how to do that yet for esports. They just keep playing their game over and over and over. How do we change those patterns??

Overall, Ohio State?s goal is to support students who choose an esports path that takes them into a career where they can play professionally, manage esports competitions, design and produce games, or apply programming skills. Even removing the esports aspect from the program, students will leave campus with a well rounded education and valuable, transferable skills.

Onate acknowledges the stigma that esports athletes might face, and swiftly shoots it down. ?People look at esports like, ?They're just playing a video game.? Well, it's just like anything else. What if you?re a poker player or a golfer or a tennis player. Who are we to judge what is a ?real sport?? This is their passion. This is their competition.?