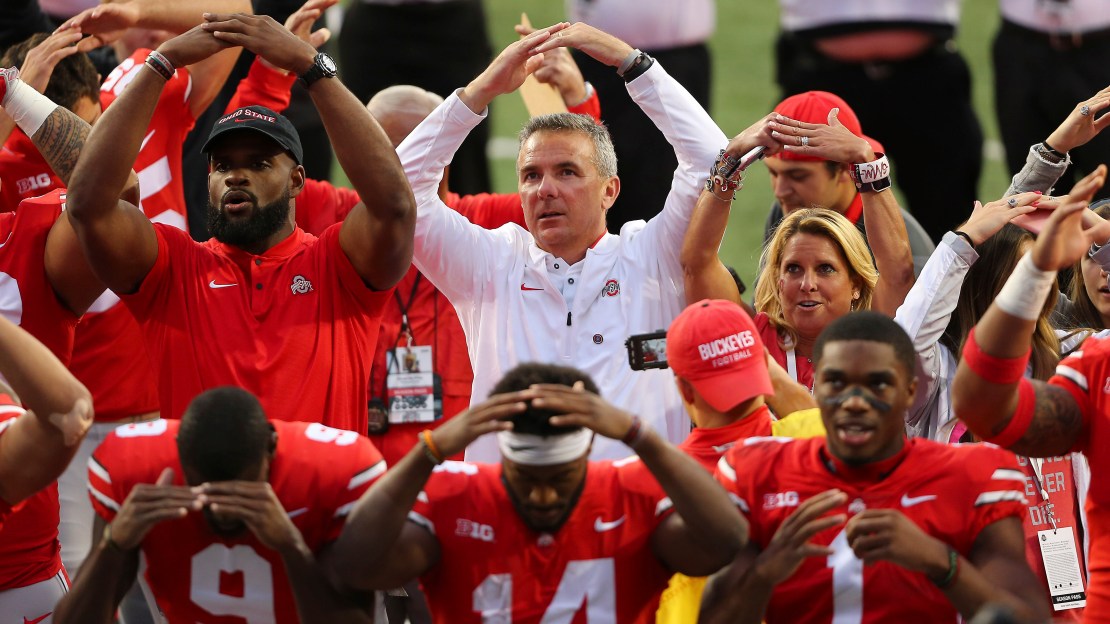 Anthony Violi, 100, dotted the "i" in Script Ohio on Saturday afternoon at Ohio Stadium, providing one of the top, if not the top, moments of Week 4.

The performance was a special one for all involved, as it marked the alumni band's 50th reunion.

Violi, who played the trumpet in the Ohio State Marching Band from 1937-1942, marched in the band's first reunion performance, in 1966, and has been a regular attendee nearly every year since.

You wouldn't believe Ohio State i-dotter and hero WWII vet Anthony Violi is 100 years old if you passed him on the street. This man is out here living his best life: pic.twitter.com/PJDzTSle8s

As for the game, as expected, No. 4 Ohio State throttled Tulane in Urban Meyer's return to the sideline. Watch the highlights below.