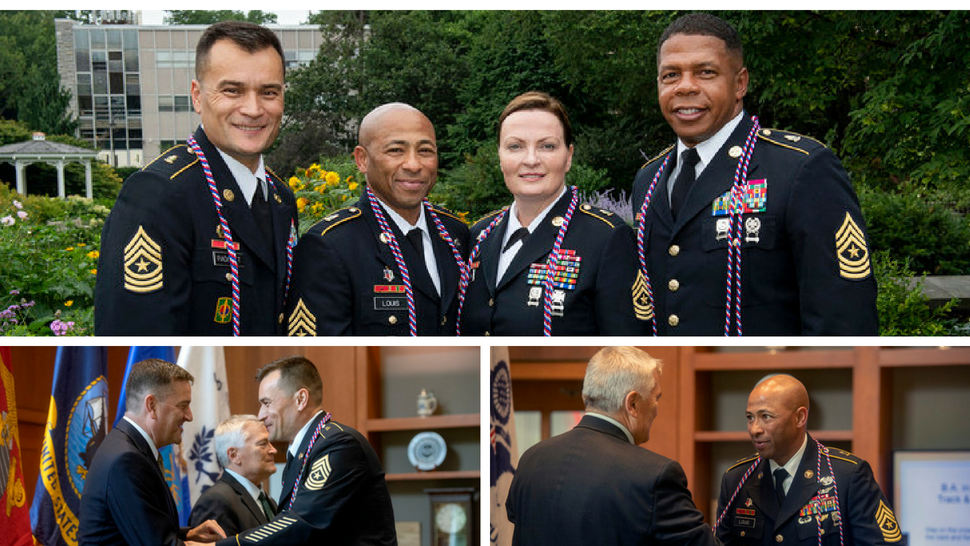 For members of the armed services, education is one of the key drivers of advancement. But educational opportunities need to fit into a busy schedule and deployments that may put them in a base or aboard a ship halfway around the world.

Increasingly, online degree programs are filling the higher education needs of uniformed personnel, providing meaningful coursework that is flexible enough to work within the framework of military life. Penn State World Campus is a leader in offering active-duty service members a world-class education that is available anywhere in the world.

Speaking with Penn State Today, Sgt. Maj. Christopher Padgett of the California Army National Guard said that it is a rare honor to teach at the academy, which prepares young soldiers to enter one of the highest non-commissioned ranks in the service. That honor carries with it a heavy burden, but one that Padgett notes was completely assuaged by Penn State.

?I was completely nervous to enter this program, but the past year has been nothing but a rewarding experience,? he said. ?Penn State made it so easy, so comfortable for me and relieved my stress.?

The USASMAFP?s collaborative relationship with Penn State is in keeping with the goal of the Army optimize agility while minimizing costs when it comes to promoting educational opportunities among its ranks. By working towards their graduate degree online, the Army saves on financial and lost time costs associated with moving and housing the Sergeants Major at universities across the nation.

The recent class of graduates received their degrees during the August 11 Penn State Summer commencement ceremony, wearing red, white and blue honor cords presented to them by university president Eric Barron. Additionally, they were honored during a special event on August 21 at the Army Sergeants Major Academy at Fort Bliss in Texas.

To learn more about the USASMAFP and Penn State World Campus, check out the full article here.