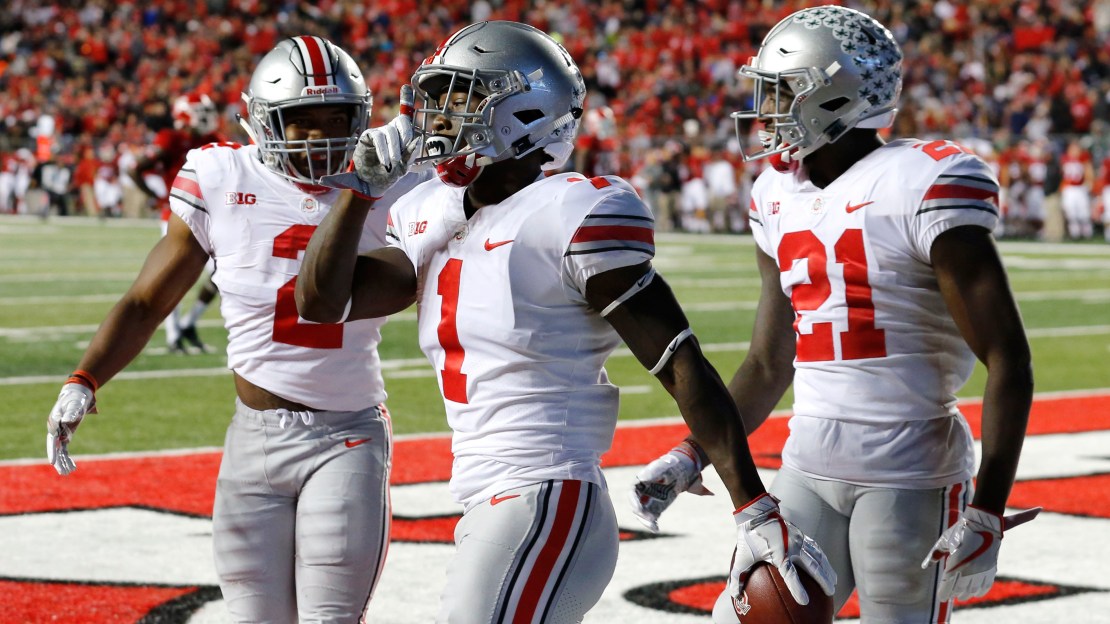 It's the last week without any Big Ten football. Next Thursday, it all starts with a pair of games, including Purdue at Northwestern, before two more games Friday and a busy slate Saturday.

Before the games kick off, it's time for my preseason Big Ten Power Rankings, presented by ArcelorMittal.

1. Ohio State. The Buckeyes have had a lot of distractions since Big Ten Media Days, and Urban Meyer remains on administrative leave. The one steady force through the storm is the amount of talent on the roster. If QB Dwayne Haskins is as good as advertised, the Buckeyes will win the Big Ten, and possibly be in the College Football Playoff. The OSU Board of Trutees meets Wednesday to discuss the findings of the investigation.

2. Wisconsin. The Badgers so balanced on both sides of the ball. Jonathan Taylor is a legit Heisman candidate, and if Alex Hornibrook can play like he did in the Orange Bowl, the offense will be hard to stop. The defense returns playmaker T.J. Edwards at LB and D?Cota Dixon at S. They are my favorite in the West and could make their first College Football Playoff appearance.

3. Michigan. If not now, then when for Michigan? Shea Patterson transferring over from Ole Miss gives Michigan QB play that was nonexistent a year ago. Don Brown?s defense could very well be the best in the nation, led by LB Devin Bush, DL Rahsan Gary and a lockdown secondary. The Wolverines are serious contenders in the Big Ten East.

4. Michigan State. Michigan State returns a lot of talent from a team that went 10-3. Hosting Ohio State and Michigan will help the Spartans' chances of competing for the Big Ten East.

6. Iowa. The Hawkeyes have an easier schedule than a year ago. If the Iowa team that beat Ohio State shows up week in and week out, look out for the Hawkeyes to challenge Wisconsin in the West.

7. Northwestern. If Clayton Thorson is healthy to start the season, the Wildcats have a legit shot at the Big Ten West. Replacing four-year starting RB Justin Jackson?s production won't be an easy task.

8. Nebraska. Scott Frost arrives in Lincoln with lots of hype and exceptions, looking to bring his alma mater back to national title contender days. The schedule in Year 1 is daunting.

9. Purdue. Jeff Brohm has two QBs who can get the job done, and has always overachieved with his teams. He will have to rebuild the defense, though, as it loses a lot of production.

10. Maryland. The Terrapins might be ranked higher if not for the dysfunction in the program that has DJ Durkin on administrative leave. If they can weather the distractions and stay healthy, Maryland could be an interesting team.

11. Minnesota. P.J. Fleck made big strides at Western Michigan from Year 1 to Year 2. Can he do the same in Minneapolis with true freshman walk-on QB Zack Annexstad?

12. Indiana. Tom Allen only has 10 returning starters back, losing receiver Simmie Cobbs Jr. on offense, as well as Tegray Scales on defense, to name just a couple. They will be tough to replace.

13. Rutgers. Chris Ash got the Scarlet Knights three Big Ten wins last year after zero in 2016. But with Rutgers being in the East, and with crossover games at Wisconsin and home vs Northwestern, I don?t see it improving on that win total this season.

14. Illinois. The Fighting Illini are 5-19 in the last two seasons, and 2-16 in Big Ten Play. On their 10-game active losing streak they have been outscored by 20.9 points per game.