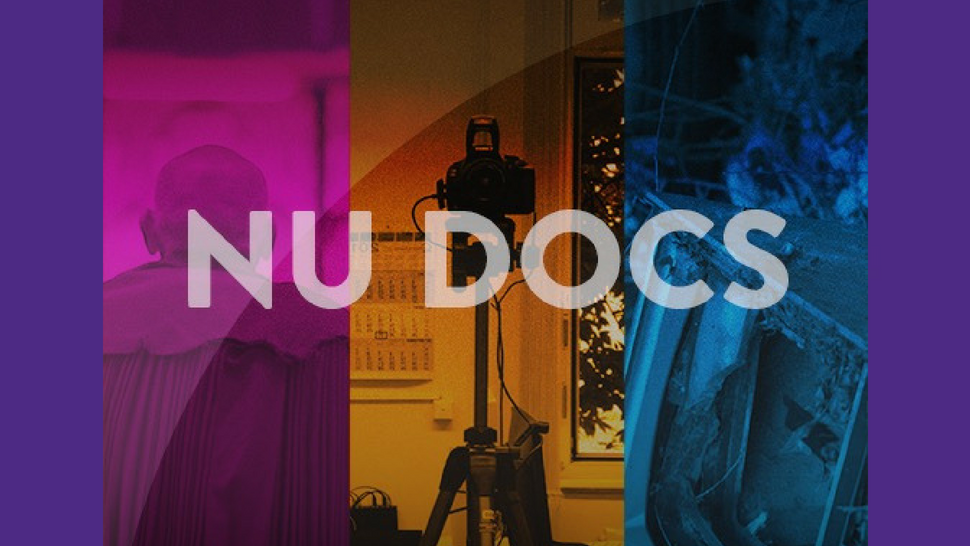 Northwestern?s MFA in Documentary Media program is quickly becoming a hotbed for emerging talent in the film industry. After three years of intensive study, hands-on learning and helming their own crews, students screen their creative theses at the university?s documentary media showcase, NU Docs.

Many of these documentaries go on to be shown at film festivals all over the world and win prestigious awards, an amazing feat for a program that has only had three graduating classes so far. This year?s NU Docs for the 2018 class was held on June 13-15 and depicted a wide range of subjects from a diverse pool of filmmakers.

We spoke to two students, Elodie Edjang and Sandeep Pamulapati, about their films, Book of Daniel and Two Empty Nests, and what they learned from their time in the MFA in Documentary Media program.

BTN LiveBIG: Why did you decide to pursue your MFA at Northwestern?

Elodie Edjang: I majored in advertising and anthropology at the University of Georgia. I had completed a documentary and creative writing study abroad program in Costa Rica during my undergrad that pivoted my career goals. I had always been interested in documentary and video production but didn?t think it was a viable career path until after I did that study abroad program.

I knew I still had a lot to learn and didn?t really know how to enter the documentary filmmaking world, so I looked into different documentary specific graduate programs in the U.S. When I went to do my campus visit, I felt at home and knew I needed to be at Northwestern and near Chicago.

LiveBIG: What professor impacted you the most during your time there?

Edjang: J.P. Sniadecki and Calum Walter, in particular, are faculty members who really impacted my overall university career. They are both able to cater feedback to meet students? needs without pushing their own tastes. They are also so knowledgeable about film and good at recommending works that align with your individual interests. The kind of work I make is a bit different than what they do, but I think that?s why they inspire me so much. They make me question myself in the most constructive and crucial way and make me want to experiment more.

LiveBIG: Your documentary follows Daniel, a Sudanese refugee living in Chicago. How did this relationship come about?

Edjang: When I first moved to Chicago, I used to live in the same apartment building as Daniel. When I would come home, I always saw him mopping the apartment lobby floor. One day, I decided to strike up a conversation, and he shared with me his story. I was so moved by it.

Edjang: In previous works, I usually begin filming with my subjects as soon as they are on board to be in my project. However, due to the sensitive topics I was exploring, I opted to start off by talking to my subject without a camera or audio equipment. During those talks, Daniel showed and explained some of his paintings. I picked the paintings that I thought would add to his story and after those initial meetings, I created a variety of storyboards to give me a general sense of my structure and potential scenes to film. I was a one-woman band; one, because it was filmed mostly in a small studio apartment, [and] two, the stories and perspectives Daniel shared were sensitive. Throughout my program, we have classes dedicated to showing work and getting feedback, which, when editing, is very useful to have.

LiveBIG: What's next for you after Northwestern?

Edjang: Right now I am interning at Kartemquin Films, an organization that focuses on social-issue documentary. This summer, I?m also teaching documentary filmmaking to high school students through the National High School Institute [aka Cherubs] that?s affiliated with Northwestern. I?m really interested in editing and teaching and am working on finding longer term positions in those fields. I will also be working on cultivating a couple projects and making sure my thesis film has a life beyond the MFA program.

LiveBIG: Why did you decide to pursue your MFA at Northwestern?

Sandeep Pamulapati: Well, I completed my undergraduate degree [in Communications] at Northwestern University?s Qatar campus. When time came for me to pursue my master?s degree, I wanted to remain in the Northwestern family mainly because of their new documentary program, and also because it gave me the opportunity to study in their main campus. Northwestern was the only school I had applied to. Coincidentally, I was part of the third-ever graduating classes both at NU [Documentary Media program] and NU-Q. 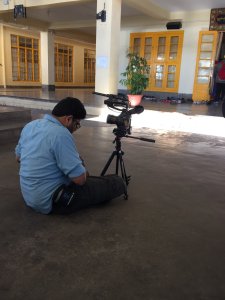 LiveBIG: Which professor impacted you the most during your time there?

Pamulapati: I must say that all the professors I had classes with have impacted me and helped find my filmmaking style. One of the professors that I am ever grateful to is Kyle Richard Henry, who is the interim Director of the MFA in Documentary Media program. Being an editor, he gave me amazing constructive advice on my thesis film-more so than most of my peers.

LiveBIG: What inspired you to make a documentary about your grandparents?

Pamulapati: My grandparents were instrumental in raising me as a child until I had to move overseas with my parents. We would visit them yearly, but then the visits became less and less frequent. Their once large and connected families began to disperse. I wanted to try and make a film that would bring my family a little closer – to remind them of the years past, the laughter that is no longer heard, and the sweet relationships that are now sour. I suppose I also wanted to make something more valuable than a simple home video.

Pamulapati: This involved a whole lot of soul-searching, panic, and reassuring words from my mother. My initial documentary idea had fallen through due to my subjects suddenly being unwilling. This really kicked things into high gear. It was Sept of 2017, when I learned that I [would] no longer be able to make the film I had in mind.

This is where my mother?s reassuring words come in. As we spoke, she mentioned that she was feeling the effects of the empty-nest syndrome since it was the first time I had really been away from my family [who moved from Doha, Qatar to Evanston, IL.] Thinking about this further, we spoke about how my grandparents had been afflicted with this issue for years.

I spent most of October and November of 2017 in pre–production trying to visualize my film. As December rolled around the corner, I flew to India along with my crew and my mother; she did more for my film that I could have ever asked for. During production, I poured through my family?s decades old home videos, essentially trying to draw parallels between the past and present. Editing this film was harder than I thought it was going to be, mainly because I was very close to my subjects. For example, there were moments in the film that I felt were absolutely essential to the subjects, but none of the test audiences seemed to register the importance. I suppose this was because I was editing the film without thinking about how a complete stranger would view the subjects. Eventually though, I began to look at my film more objectively. After weeks of editing and re-editing, I managed to lock the film just in time to screen at NU Docs.

LiveBIG: What does the future hold in store for you?

Pamulapati: This is always the hardest to answer. My default answer is that I?m waiting for more employers to reject my applications.

I have always worked in the post-production industry as an editor and hope to continue in the same line of work. I am also considering teaching as a future career, but only after I?ve established myself as a filmmaker.