Gold and Black Days: Inside Purdue Training Camp set to debut on Aug. 14 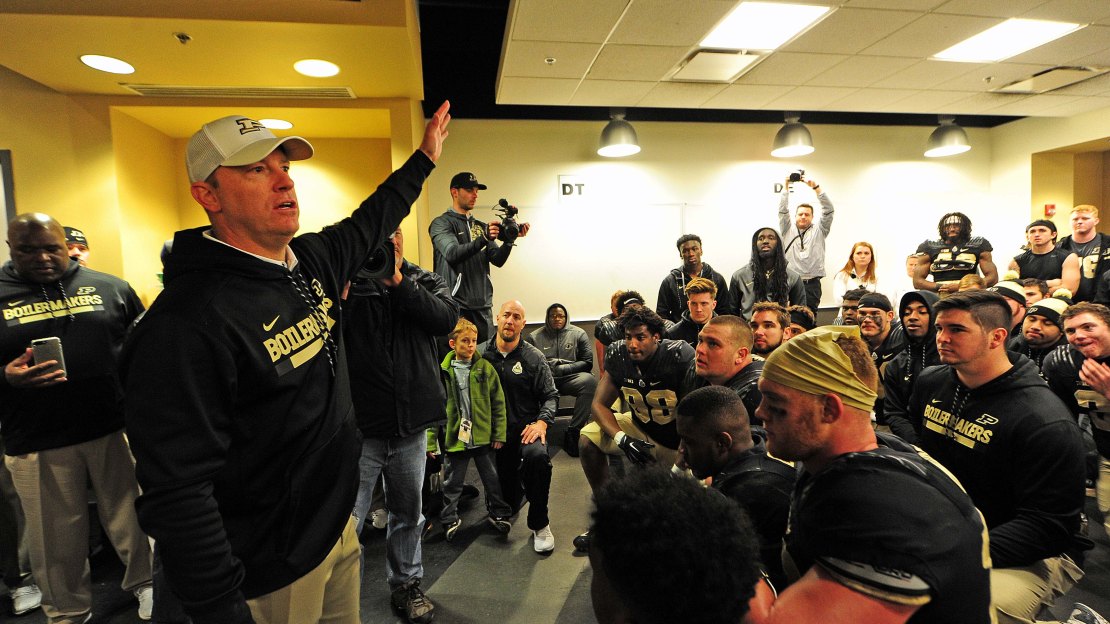 After winning seven games to jump start a new era of Purdue Football, Coach Jeff Brohm and the Boilermakers will allow BTN behind-the-scenes for Gold and Black Days: Inside Purdue Training Camp. Gold and Black Days will debut on Tuesday, Aug. 14, at 7 p.m. ET, and episodes two and three will also air at 7 p.m. ET on Aug. 23 and Sept. 4.

Fresh off a win over Arizona in the Foster Farms Bowl, one that saw the Purdue score 31 points in the first half en route to its first bowl win since 2011, the Boilermakers will go to work this fall looking for back-to-back winning seasons for the first time since 2006-2007. BTN?s cameras will go on the field and inside the locker room to preview year two for Coach Brohm and company as the Boilermakers build on an innovative offense and look to replace several key contributors on the defensive side of the ball.

?BTN is thrilled to partner with Purdue and take fans inside the training camp of one of the young and exciting teams in the Big Ten,? said Bill Friedman, coordinating producer, BTN Originals. ?With two returning contributors at quarterback, a fun and dynamic offense, and plenty of emerging talents on defense, this series promises to be a compelling watch for not only Boilermakers fans, but college football lovers everywhere.?

Following training camp shows with Ohio State and Michigan State, Gold and Black Days will be the first to allow BTN?s cameras stay with the team through week one of the regular season. The Boilermakers open the season at home in prime time against Big Ten West foe Northwestern, and take on a Wildcats team coming off a 10-win season.

Digital elements of the show will be made available on Twitter at PurdueOnBTN, on Facebook and Instagram. Gold and Black Days can also be streamed on the FOX Sports app and BTN2Go.