For this Ohio State student-veteran, service is a way of life: BTN LiveBIG 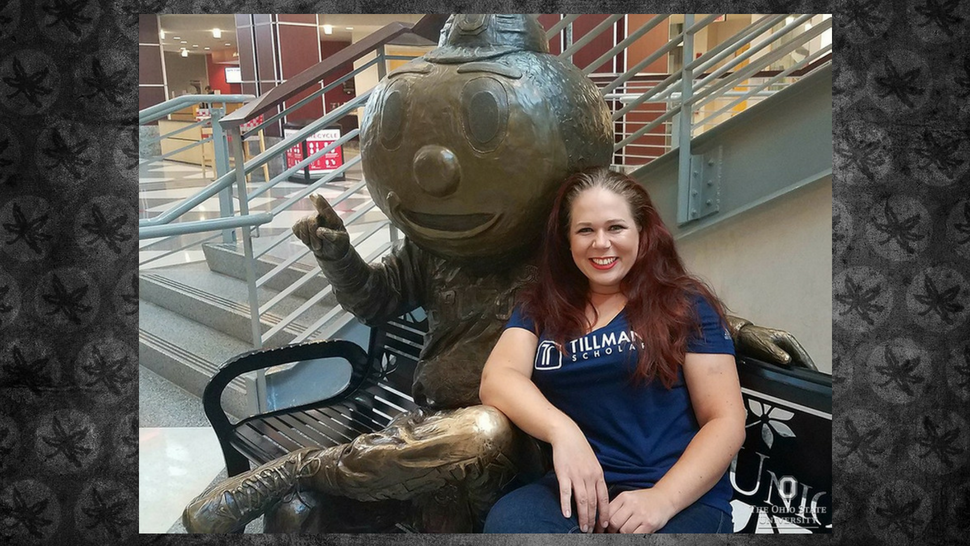 The transition from military to civilian life is often fraught with difficulties. No one knows that better than Gretchen Klingler, a decorated Air Force veteran who is carving out a path of service during her time at The Ohio State University.

Klingler learned the value of communication and camaraderie during her time as an Arabic translator working in airborne intelligence with deployments in Afghanistan, Djibouti and Iraq. The culture of support that she found in the military was something that she carried with her to Ohio State, where she is studying anthropology and Arabic with a minor in gender and women?s studies.

?The experience of being in the military is like nothing I can describe to people,? Klingler said, speaking with the Ohio State News Service. ?You always know you have somebody around that has your back. That comradery was something that spoke the most to me, knowing that the people I was standing beside believe in the same principles I did. They believed in liberty and freedom.?

As Ohio State?s first undergraduate Tillman Military Scholar, Klingler is worked with mentors and professors at the university to create a customized course of study that will allow her to pursue her passion of helping others once she graduates in 2019. Her emphasis is in how Iraqi women assimilate into American culture and how challenges they face can be overcome. Through Ohio State?s Global Mobility Project, Klingler is approaching the topic of how cultures interact with one another from a broad base in the arts and sciences.

Outside of the classroom, Klingler is active with the Vets 4 Vets student organization, and served as president of for two years. The group provides a welcome space for former service members to continue their bond and support one another as they advance in a new chapter of their life.