A Maryland professor is helping grow a community in DC: BTN LiveBIG 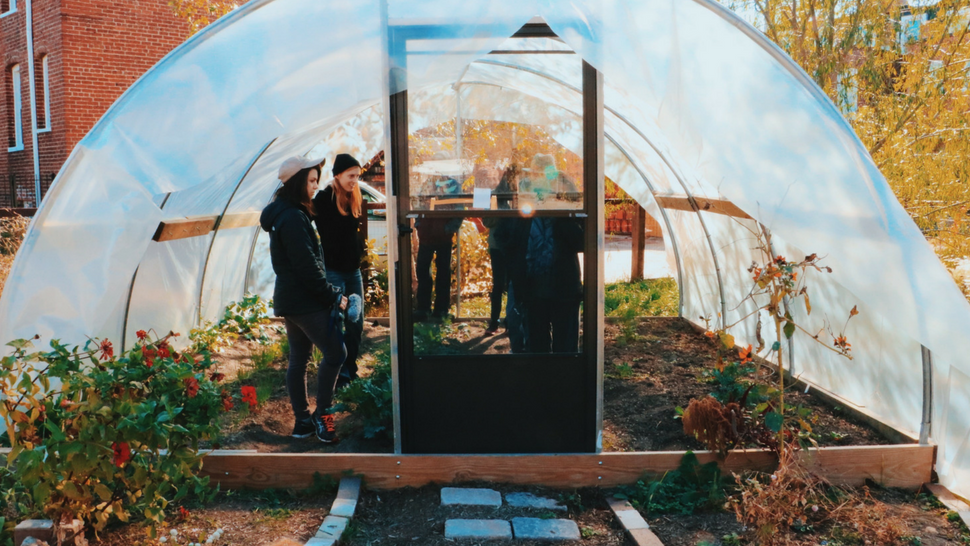 All Photos courtesy of Kate Tully

For Dr. Kate Tully, she knew the moment she saw the apartment that she had found her new home. It wasn?t just that the space was nice or that it was in the diverse and vibrant Columbia Heights neighborhood of Washington, DC. Those were certainly pluses, but for Tully, who had recently accepted a position as an assistant professor of agroecology at the University of Maryland, the real draw was the garden.

The windows of her new home looked out over a community garden, the Columbia Heights Green (CHG), a small-quarter acre plot studded with 14 beds, some brimming with life, some with neglect, but a garden rich with possibilities all the same. Being that it was the end of September at the time, just past peak harvesting time, Tully never saw anyone in the garden. Until one day she did. 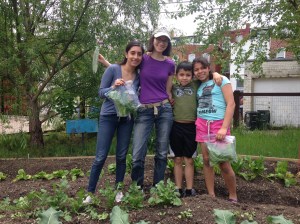 ?My office looked out over the Green and one day a guy sort of showed up in the garden,? said Tully, who raced downstairs to meet the unexpected visitor, who turned out to be Steve Coleman, director of the nonprofit Washington Parks and People, which runs CHG. ?When I started talking to Steve about what I do, teaching agroecology and sustainable agriculture and food systems, he got super-excited and asked, on the spot, if I would be interested in being the community coordinator and farm manager of the green.?

Tully, though having no prior experience in running a community garden, accepted. Her first change, in the summer of 2015, was to reactivate the unused beds in the garden. In 2016, with help from community members and students in her agroecology class, she made the biggest overhaul to CHG, shifting away from individual beds to three larger community tracts that would be worked by all in cooperation. The garden crew also installed a hoop house that allows for year-round growing. These changes have yielded some pretty astounding results, Tully noted. 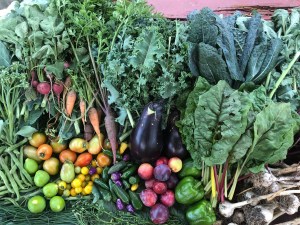 ?I?ve been managing what is more like an urban farm than an urban garden,? she said. ?And, we?re 10 times more productive than we were when we grew in these 14 individual beds. Two weeks ago, we had our biggest harvest ever. We grew 86 pounds of fresh vegetables.?

The CHG is so productive in fact that they generate a surplus of produce. That bounty is donated to local soup kitchens and families in need who have been identified by the volunteers.

While the garden is a fixture of the community that supports it, Tully uses the space as a living lab and learning space for her Maryland students. In addition to helping revamp and revitalize the CHG, students have been intimately involved in the planning, planting, harvesting and community organizing.

The garden is a jumping off point for important discussions on the implications of urban farming, such as how is it ensured that your space is really a reflection of the diverse community around it. According to Tully, actively engaging with all parts of the community and removing obstacles, such as wait lists and individual beds that require personal attention, have dramatically increased involvement by a wide swath of Columbia Heights residents.

Landscape architecture students used CHG as a medium for their senior project. Working with Washington Parks and People?s resident landscape architect, the students set about redesigning the lot so that it could be used in a multitude of ways outside of food cultivation. Since then, CHG has hosted harvest parties, art fairs and meetings of local activist groups, such as DC Fair Food and Black Lives Matter. In the near future, Tully would like to add a small farm kitchen that could be used to teach cooking classes.

?That would be more directed at people from lower income who might not necessarily know how to cook some of the vegetables we grow,? Tully explained.

Being one of the only urban gardens that produces a surplus of food in the DC area, Tully's hope is to grow CHG's distribution network so that their vegetables can efficiently get into the hands of the people that need them the most. She would also like to share the CHG model with urban farms and gardens in other cities and other countries.

?A lot of urban gardens are not growing in such a way that there is any kind of organization,? Tully explained. ?There?s no way to give food away. They?re either not producing enough or they don?t have the focus on donations. My larger vision is how to export that model into other urban gardens so that people see how effective it can be for growing food. Urban farms are not going to feed the world. But I do think they can play a very important role in urban systems if we do it right.?