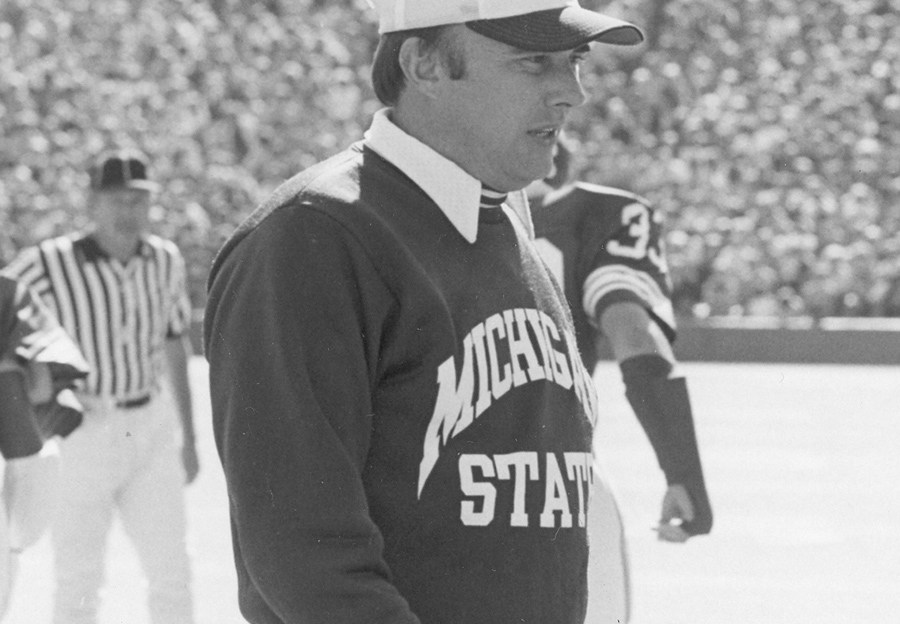 "Our thoughts and prayers go out to Darryl Rogers and his family at this most difficult time," MSU head coach Mark Dantonio said. "Coach Rogers won the 1978 Big Ten Championship at Michigan State and was, in many ways, an offensive pioneer in college football. I was honored to have had the opportunity to talk to him a number of times throughout my time here and he was always very supportive. He loved Michigan State and will forever be a Spartan."

Rogers coached at Michigan State from 1976-79, posting a 24-18-2 record for the Green and White, including winning the 1978 Big Ten title. He coached three first-team All-Americans at MSU, including wide receiver Kirk Gibson, tight end Mark Brammer and punter Ray Stachowicz.

After leading MSU to the conference crown in 1978, Rogers was named the Big Ten Coach of the Year. The Spartans reeled off seven-straight wins to finish the season, starting with a 24-15 win at Michigan, ending 1978 with an 8-3 overall and 7-1 Big Ten record.

A native of Los Angeles, Rogers was a wide receiver and defensive back at Fresno State, where he earned his bachelor's degree in 1957 and his master's degree in 1964, both in physical education.

He was recently named to the National Football Foundation's 2019 (Football Bowl Subdivision) ballot for induction into the College Football Hall of Fame, which will be announced in January 2019.

Rogers is survived by his wife, Marsh, and daughters, Stacy and Jamie.