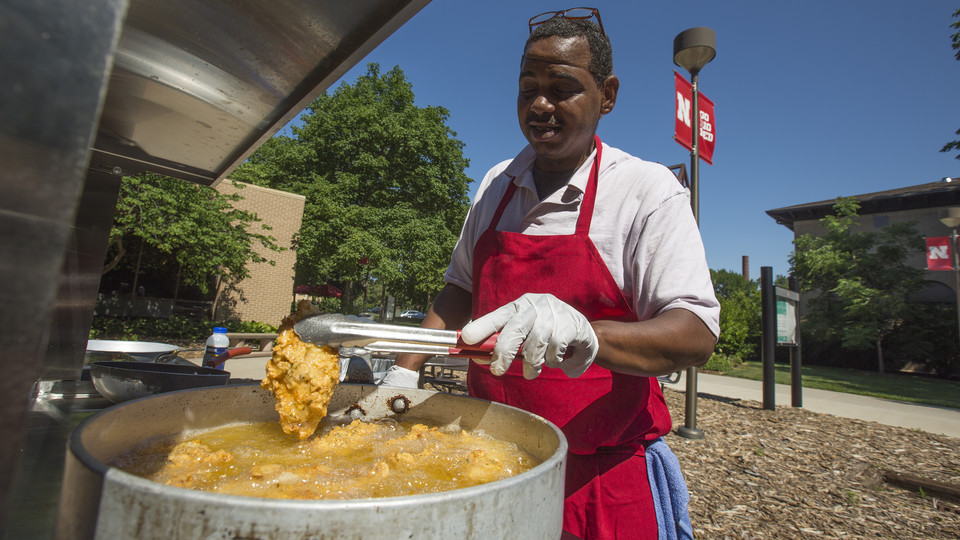 All this summer and fall, BTN LiveBIG is highlighting the hard work of university staff members through our Staff Spotlight series. While they may not garner the accolades of students and faculty, staffers from the registrars? office to the dining hall are the beating heart of any institution of higher learning. These women and men give their all to keep it all running, so we thought it high time to put them on the pedestal they deserve.

Our mandate is to cover stories of impact, innovation and inspiration from around the conference. So, it may leave some of you scratching your heads as to why we?re writing today on the topic of food service. But, if you think about it, you?re not going to have much of an impact, not going to get around to innovating, not going to serve as much of an inspiration without some fuel in your tank. Proper sustenance is the foundation for doing B1G things, in our humble opinion.

To that end, we present Ron White, a food service manager at the University of Nebraska, who has, for the past two summers, been serving up some tasty meals with a twist to the summer citizens of the Lincoln campus. For a few weeks in June and July, White and his team take their work outdoors for a series of summer grill-outs that have attracted quite the following.

It was originally just a way to use up some excess burgers that the crew had in their cooler. That first outing proved to be such a hit that White decided to extend the run and offer some more creative items on his board of fare. The students, faculty, staffers an members of the general public lured in by the sultry scents couldn?t get enough of his offerings, including Chicago-style hot dogs, bacon cheddar burgers, a full Louisiana shrimp boil, fried catfish, smoked mac ?n? cheese, and smoked brisket to name just a few.

Speaking with UNL Today in June of 2017, White said that he draws inspiration for his menus from his family who have roots in New Orleans and the Caribbean.

?These are recipes I grew up making alongside my mom and in kitchens throughout New Orleans,? White said. ?It?s amazing being able to share the flavors of my youth with everyone.?

The events, which currently run Tuesday-Thursday, typically draw large crowds, a fact that owes to the interesting dishes made with love and the unbeatable price. A typical meal consisting of a main dish, a side item and beverage is under $10. And while it?s not easy to stand with your face over a hot grill or a spitting cauldron of oil, White says that the satisfaction of the Husker community with his soulful cooking makes it all worthwhile.

?At the end of the day, I love planning and working these grill outs,? White said. ?People look forward to these events every summer and we love being able to offer them. I think these grill outs represent just how unique East Campus is and just how much it has to offer.?

To learn more about Ron and his grill crew, including what they?re serving up, follow the link above.