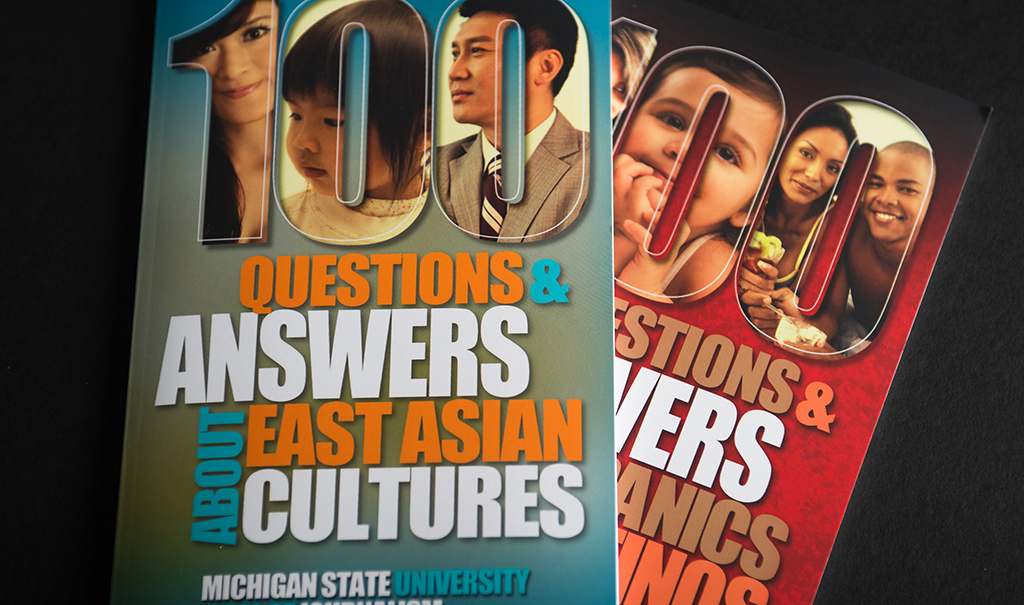 Writing and publishing one book is quite the accomplishment in and of itself. Publishing multiple in the span of just a few years, like Michigan State University?s Joe Grimm and his journalism students have done, is nearly unheard of.

What, you ask, does a veteran reporter and his crack team of student-journalists write about? In short, misconceptions and bias. In Grimm?s class, aptly titled ?Bias Busters,? students explore the galaxy of misunderstandings that serve to divide people in our nation.

Speaking with a variety of individuals from often-marginalized religious and ethnic populations as well as misunderstood classes such as veterans and immigrants, the students compile ?cultural competency? guidebooks that answer 100 basic questions designed to combat stereotypes with rigorously-researched facts. Those questions cover topics such as food, culture, art, history, identity, customs and beliefs, to name but a few.

In a 2016 MSU News profile of the project, Grimm noted that the research his students conduct and the respect with which they are taught to approach the given subject are paramount to the project.

?The questions are at the heart of the guide,? Grimm says. ?We interview people to find out what questions they hear about themselves and what they wish others knew. Those drive our research. We respect the people we write about and the people who want to learn about them.?

The students have also collaborated with cultural organizations on a few of the volumes, such as 100 Questions, 500 Nations: A Guide to Native America which was written in conjunction with the Native American Journalists Association.

The books, said Grimm, have proven to be more than just a chance for students to explore cultures other than their own, but an important lesson in the tenets of good journalism and editing. The added bonus of having a book available physically via Amazon and on e-readers such as Kindle, Nook and others doesn?t look to shabby on a resume either.

To learn more about Grimm?s Bias Busters class, including up to date news on topics surrounding stereotypes and misinformation in today?s news, follow the link here.