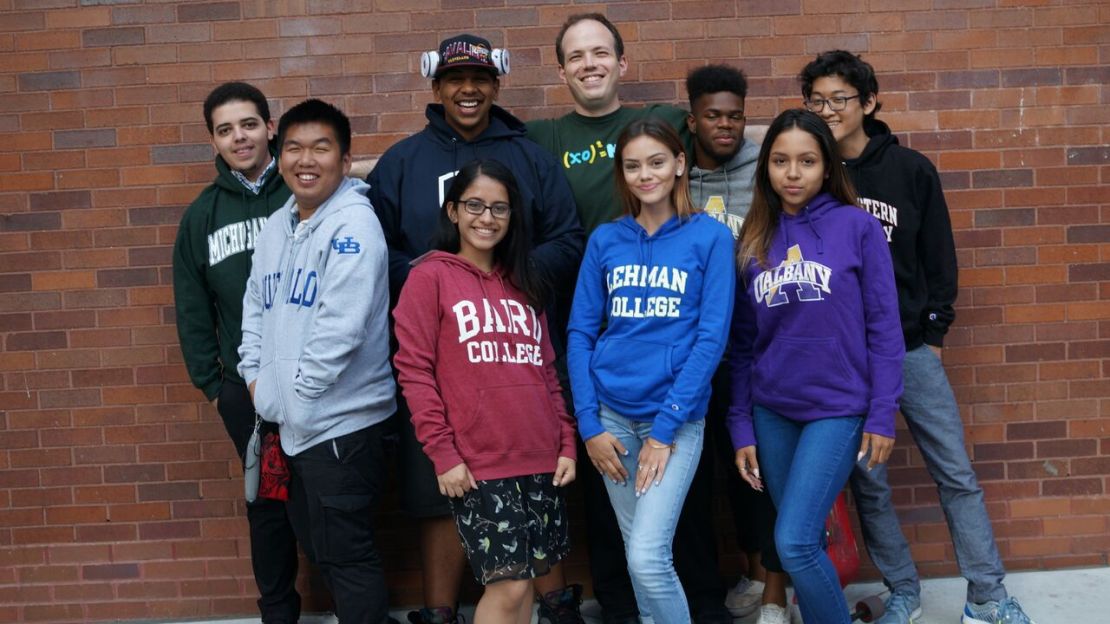 Educational equality. It seems like a relatively simple proposition, does it not? Equal access educational opportunities and curricula for all students in the country. Yet, is one of the most consequential, and controversial, issues facing the U.S. today, owing largely to complicated overlaps of racism and socioeconomic disparities.

That's where Daniel Zaharopol comes in. Zaharopol was a doctoral student in mathematics at the University of Illinois when he felt an urge to try something new.

"I was taking education classes while also teaching some classes at Illinois and other places," he said. "I knew I wanted to solve structural issues in math education. I already had connections in the math and math education worlds, and I found out that a donor was interested in funding a math program for underserved kids in New York City."

With support from his Illinois professors, Zaharopol decided to forgo the rest of his PhD coursework to pursue his passion of helping others. He plunged headfirst into the nonprofit world, founding the Bridge to Enter Advanced Mathematics (BEAM) program.

Students are selected to join the BEAM program during their sixth-grade year through an extensive application process, including teacher recommendations and a screening test. They first begin with a rigorous five-week program the summer after sixth grade, working with like-minded peers excited by advanced concepts like number theory, computer programming, and astrophysics.

After completing the program, they are set up for another three-week program the summer after seventh grade, where they stay overnight at a college outside NYC and complete seven hours of math per day.

BEAM continues to mentor their students through the often daunting high school and college application process, as well as provide fun after-school math classes during high school. Since its founding, BEAM has flourished and become an incredibly popular program in New York City.

"We were only supposed to receive one year of funding for the program, but our funding was doubled the next year because we were so successful," noted Zaharopol, who added that the BEAM program is expanding to Los Angeles in 2019.

The importance of advanced math programs is not lost on those who have partaken in them. Zaharopol says that people currently working in STEM fields have done well because they received experiences beyond what typical academic curriculum usually provides. Marginalized students are at a special disadvantage as they are frequently unable to participate in these special programs.

"Kids of color are told to simply get good grades to get to college, but, when they get there, they are at a completely different learning level from their white peers, who have had access to a bunch of outside experience," he explained. "Programs like BEAM give kids the ability to practice creative problem solving while learning they can be successful and complete challenges." 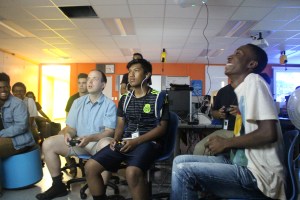 Zaharopol credits the support from his Illinois professors for allowing him to feel comfortable in following his heart. "My adviser, Professor Matt Ando, was always supportive of me and what I wanted to do, even if it wasn't completing my PhD," he said. "I was also supported by Professor Randy McCarthy, who told me I could always come back and finish if I wanted to." Already well into his PhD coursework before he left Illinois, Zaharopol was able to receive a double master's degree in math and math education from his completed requirements.

And to those trying to start a nonprofit? "Think big, and find people who will be committed, supportive, and help it grow. Loving what you do and seeing it making a difference creates stability."