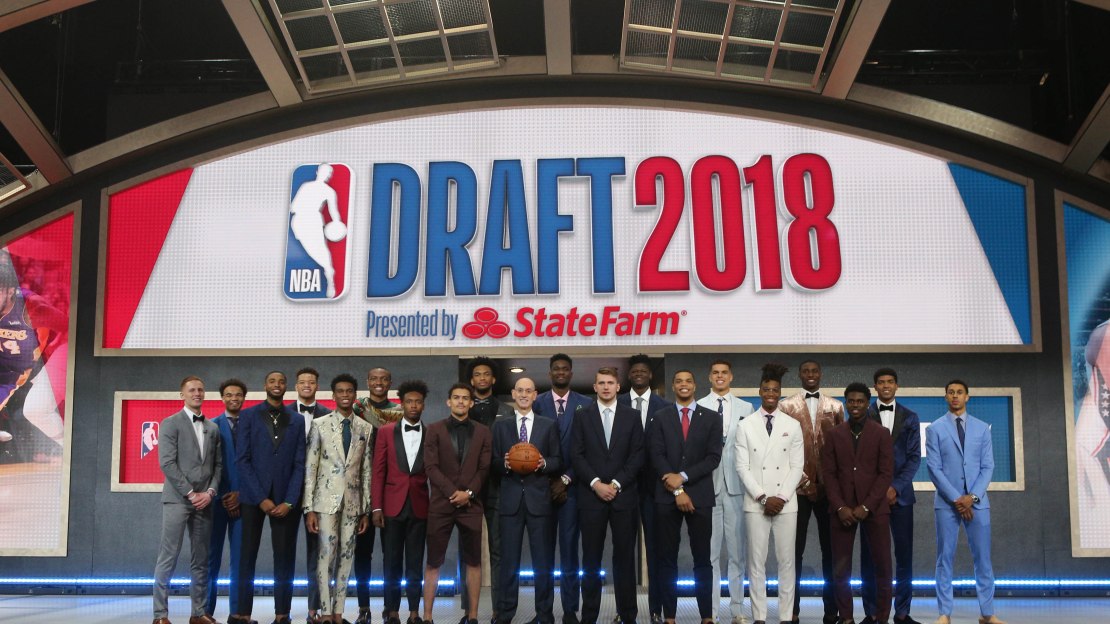 Eight Big Ten players were selected in Thursday's NBA Draft, including four in the first round. No. 4 overall pick Jaren Jackson Jr. was the first Big Ten player off the board, as the Michigan State one-and-done star was selected by the Memphis Grizzlies.

Get the full NBA Draft results here and the full list of Big Ten players selected below.

The first @B1GMBBall player is off the board at No. 4. ?@jarenjacksonjr is about to get his Grit N' Grind on with the @memgrizz. Congrats to the @MSU_Basketball star! pic.twitter.com/5zk4H0qi7y

Two @B1GMBBall lottery picks … Both are @MSU_Basketball Spartans. ?@MilesBridges has been selected No. 12 overall by the LA Clippers, and reports indicate he'll be traded to the Charlotte @hornets: pic.twitter.com/668oLpOOk8

Another @B1GMBBall player heard his name called in the Top 20 Thursday, and it's @KevinHuerter at No. 19.

Welcome to the Lake Show, Moe. ?

Last time @moritz_weasley played at Staples Center, he and @umichbball booked a trip to the Final Four.

Next time he plays there, it'll be for the @Lakers as the No. 25 pick. pic.twitter.com/wpNNSAAN35

Justin Jackson of @TerrapinHoops is selected by the Denver Nuggets, and reports have him traded to the @OrlandoMagic: pic.twitter.com/P4mt5xre20

From one B1G city to another. @KBD_33 is headed from Columbus to Minneapolis, as the @Timberwolves selected the Big Ten Player of the Year from @OhioStateHoops: pic.twitter.com/3s9rFdJNSy

The Utah Jazz selected 4-year @BoilerBall star Vincent Edwards, and reports have him traded to the @HoustonRockets. ? pic.twitter.com/5aLIg2MG6E